NGC 436 is a small tight open cluster in Cassiopeia near the far more famous ET/Owl cluster IC 457. Most sources put it about 9800 light-years from us. Though several of the bright stars seen in the cluster are far closer. The K0 orange star at the bottom of the cluster slightly right of center and the blue bright blue star in the center of the cluster are both much closer. I found differing opinions but they are less than 10% the distance to the cluster, some put them much much closer than that. The bright blue star below the cluster a bit left of center is listed at a bit over 1,000 light-years. In what I assume is a misprint The Sky puts its parallax at 3.2 or 11.5 light-years. I seriously doubt that as I can\'t find it in any listing of close stars. The similarly bright star to its left and up slightly is shown to be at 144 light-years.

WEBDA shows the cluster to be 84 million years old. That\'s old enough its most massive stars would have turned into red giants. If there are any they are likely the fainter red stars seen in the cluster. The cluster is listed as 4 minutes of arc across which means the bright red star at the eastern end of the line of three is well beyond the cluster\'s boundary.

The cluster was discovered by William Herschel on November 3, 1787, and is in the first Herschel 400 list. I worked from a preliminary listing which described the cluster as \"Loose, poor and fairly large.\" That didn\'t fit at all as I recorded it as \"Small, tight cluster of mostly faint stars.\" Then I went on to surmise the writer saw the field, not the cluster. I used my 10\" f/5 on a good night here at the lake on July 11, 1985 and after stopping down the scope to the size of the writer\'s scope only saw 5 stars at 45x he used that were likely cluster members. Only 3 of those were true cluster members from modern measurements. At full 10\" I saw about 20 stars at 150x. 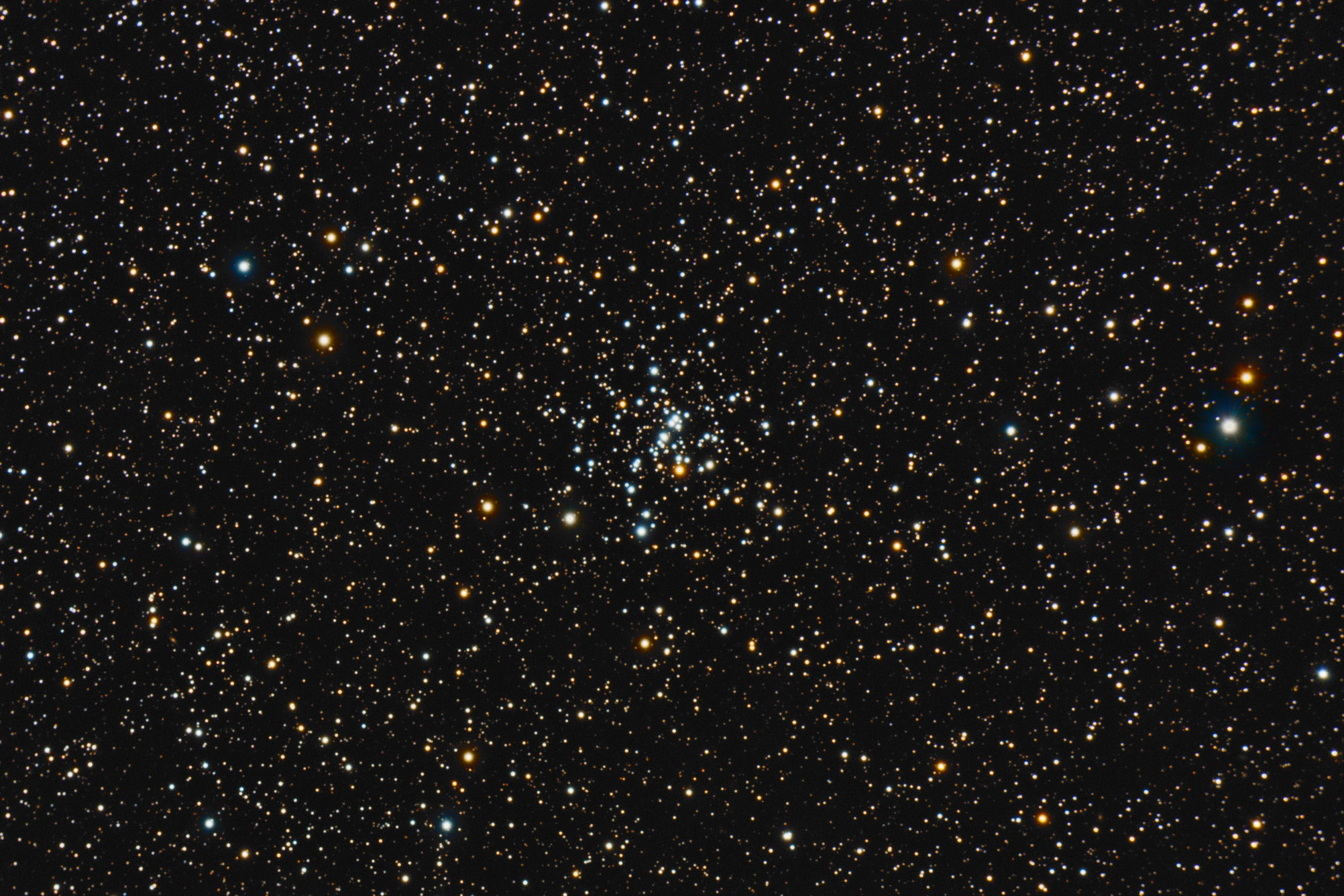