NGC 446/IC 89 is a ring galaxy in southern Pisces about a quarter of a billion light-years distant. That would make it about 120,000 light-years in diameter a quite large galaxy. NED classifies it as (R)SAB0^0^ Sy? while the NGC project says (R)SAB. There seems to be a big divide in the literature on whether this galaxy is a Seyfert galaxy or not. Each side seems to think it\'s obvious and they are right. The galaxy was discovered on October 23, 1864, by Albert Marth but he got the position wrong by a bit over a minute of arc. There\'s nothing at his location. It was rediscovered years later by Stephane Javelle on August 20, 1892, who got the position correct. Dreyer, not realizing the duplication gave Javelle\'s entry the designation of IC 89. Some sources incorrectly show a galaxy just west of the southwestern corner of my frame as NGC 446. The faux NGC 446 is PGC 4494/UGC 794. If I\'d have realized this at the time I\'d have framed it differently so as to pick it up. Seems I need to research before shooting rather than after but I\'m so far behind I doubt that will happen anytime soon. You can read more on this mix-up at the NGC Project under NGC 446 and IC 89. Each tells the story a bit differently but comes to the same conclusion.

The field contains two star-like objects that NED identifies as quasars even though there is apparently no spectroscopic data to support this. If there were then the z value should be given and it isn\'t. They are listed in the Gosset, Clowes, Surdej catalog of quasars. No other source identifies them as quasars.

The field is poorly studied. Very few of the background galaxies are even listed in NED as galaxies. Some are listed as UvS objects. Over 500 such objects are in this image, most being stars. No way I can determine which are galaxies without a one by one examination of their PSF in my raw FITs image. If I had a couple years of free time in a jail cell with nothing else to do I might try it. Otherwise, it isn\'t going to happen. Besides some of the background galaxies aren\'t UvS objects either so just not listed at all. Only NGC 446 had a redshift value. If not for three asteroids, two faint, I\'d not have bothered with an annotated image. The bright asteroid is Stevebabcock. Its naming citation reads: \"Steven Babcock mentored a finalist in the 2004 Discovery Channel Youth Science Challenge (DCYSC), a middle school science competition. He teaches at the Beaumont Middle School, Portland, Oregon.\" 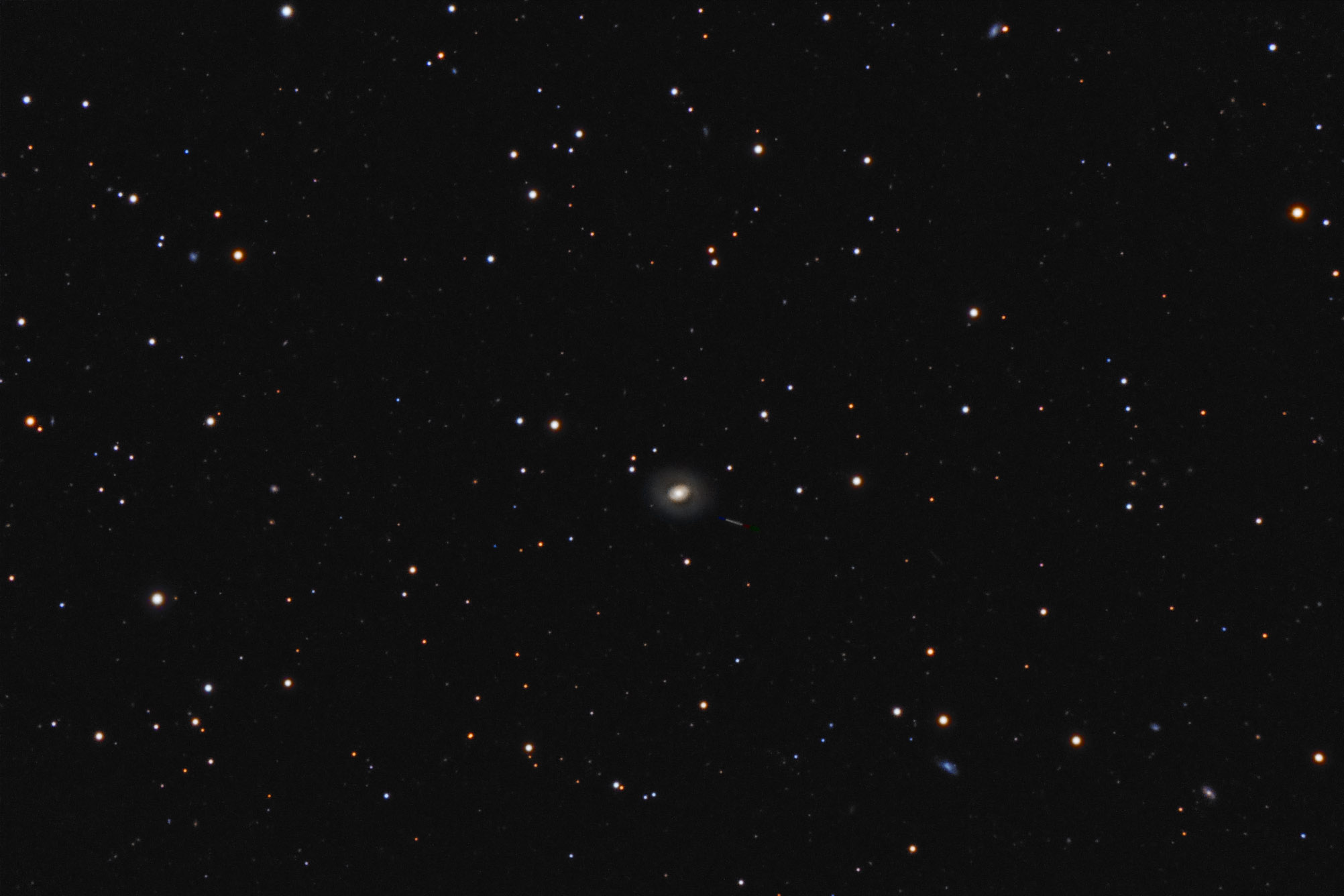 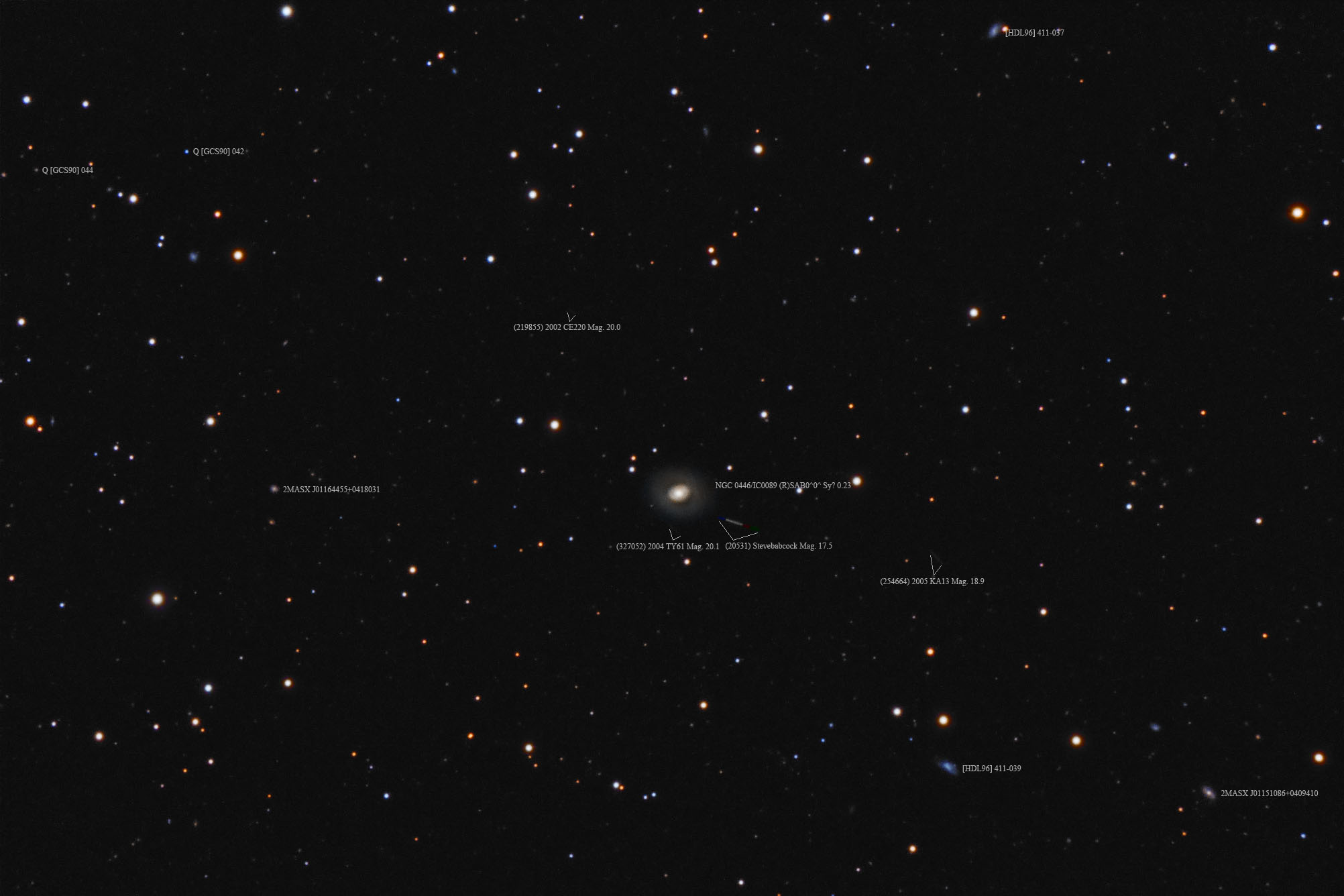