NGC 457 the Owl Cluster. At least that is what it was called for many years. Then Steven Spielberg made a movie called ET and everyone looking at this cluster decided it was ET pointing the way home. The effect is quite startling visually. But it seems missing in most photos. Partly because they aren\'t oriented with ET standing upright but mostly because our eyes pick out the brightest stars and make them into patterns. However, a picture compresses brightness range so much the bright ones are only slightly \"brighter\" than dim ones (just larger rather than brighter) so we don\'t see the pattern so well. In any case, the two bright stars look like eyes, either ET\'s or the owl\'s. The body goes down and wings or arms spread to either side. Those on the right side (ET\'s left) are bright an look like an arm and spindly finger pointing the way home. This is lost in photos however. Some say the two stars are part of the cluster, some say one is and some say neither. Again. they seem to have different distances. The cluster seems to be about 9000 light years away while the stars are likely much closer. If they too are at that distance they would be about the brightest stars known making our sun look like a candle compared to a searchlight. They appear to be massive bright stars but no where that massive and bright. I reduced the image to 1.5\" per pixel. This helped condense the star cluster some. WEBDA puts its age at only 21 million years with a distance of just under 8000 light-years. The show a reddening of 0.47 magnitudes which due to the young age of the stars just made them less blue than they\'d be otherwise.

The cluster was discovered by William Herschel on August 8, 1780. It is in the original H400 observing program. My entry with my 10\" f/5 at 60x on a good night reads: \"Large, scattered, bright, elongated cluster. It is easily seen in binoculars. Now called the \"ET\" cluster. I can\'t see \"ET\" as one eye is so much brighter than the other.\"

This is one of my earliest images and processed with limited tools and ability. It\'s another I need to retake but likely won\'t. When I first looked for information on the cluster back in 2006 I used Babelfish to translate a German website. That site translated, not to \"Owl Cluster\" but \"Heap of Owl\". I can\'t get that out of mind even over a decade later. 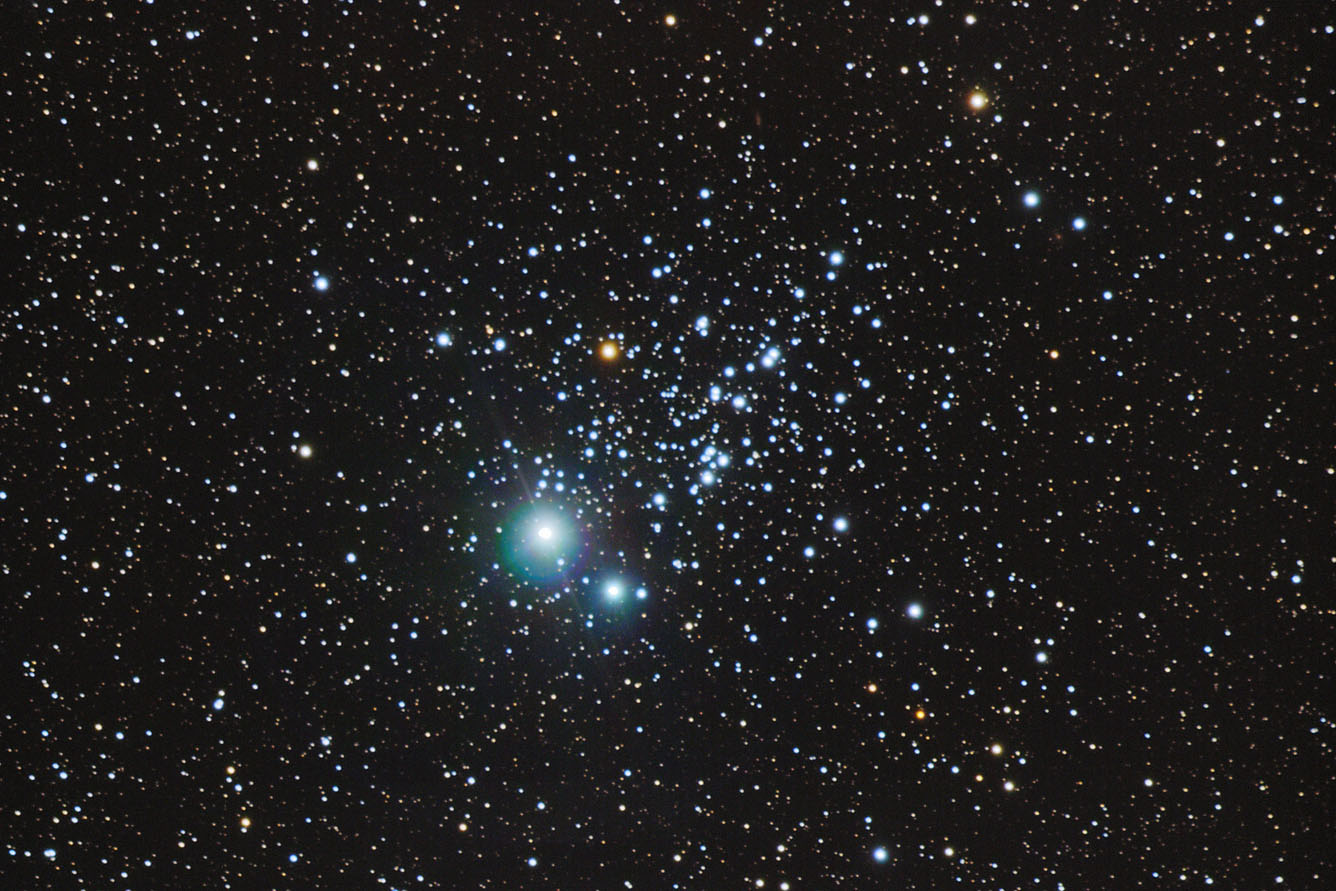