NGC 514 is a rather low surface brightness spiral in southeast Pisces. Redshift puts it almost 100 million light-years distant while non-redshift measurements say 83 million light-years. It is a nice face on spiral. While listed at 11.6 magnitude it appears much fainter visually by a note I made in 1987 about it. It was discovered by William Herschel on October 16, 1784 and is in the second H400 program. Unfortunately, my log from that vanished during the move to Minnesota. A note from another time looking at it made the fainter than expected comment but nothing else. While many in the second program are featureless elliptical galaxies this is one of the better ones.

The field is in an area of the sky that isn\'t well studied for galaxies. While there are many in the field they are mostly distant ones by their appearance. The three with redshift value identified by NED as galaxies are over 2 billion light-years distant. I see a few that are close enough to show some detail. I\'ve identified those even though I found no redshift for them. They are all ultraviolet objects found by the GALEX satellite which couldn\'t determine redshift. Apparently, they have not been followed up to find this value.

There is one object, only identified as UvS by NED, meaning it too is an Ultraviolet Source, that has a redshift value. That is a verified (s) spectroscopically determined redshift so should be accurate. That puts it nearly 12 billion light-years distant. Only a quasar should be seen by my system at that distance. Though it isn\'t even listed as a candidate quasar. Also, the position\'s error circle is over 2 seconds of arc in size with no magnitude given. While my position is near the center of that error circle I can\'t verify the star-like object is the one NED lists. Just that there\'s something I can see that is close to the center of the error circle.

There are three asteroids in the image. More actually, but conditions were so poor these are the only ones I picked up. Two are partly off the edge of the image. My luminance data as two gaps in it, Why I didn\'t record but it appears clouds caused my system to pause for them to clear enough to continue. Though the edges are surprisingly sharp. In any case that divides the luminance data into three parts. In the case of two of these asteroids, only two of the three are seen. They are moving from the lower right to upper left, normal motion rather that retrograde I usually see. The one at the bottom of the image is missing the first of the three while Cupido on the left is missing much of the second and all of the third segment. The reason I think clouds are involved is the third only shows the middle segment. The other two were too faint to register though parts of the third are hinted at in the last FITS frame. In any case, its trail varies in intensity as if clouds were involved. My limiting magnitude is about 1.5 brighter than normal, another indication I was imaging through clouds.

Cupido belongs the Flora family of asteroids that occupy the very inner portion of the main asteroid belt. They may be all do to a major collision of asteroids. (8) Flora is by far the largest at 140 km and was the 8th asteroid found. Some think the dinosaur-killing asteroid was a member of this group.

My wife and I had gone to town for supper and thinking the night good I\'d left the system to take images. Coming home I saw the sky had gone cloudy and found the observatory has shut down but left the roof open as it will if clouds are too thick to image through but thin enough for hope it might clear -- which it did.
(763) Cupido was discovered September 25, 1913 in Heidelberg, Germany by Franz Kaiser while working on his Ph.D. He found 21 asteroids while working on his degree. This was the 12th. The naming citation is hidden from me by copyright and I\'m not paying the steep price for the book that information is in. My somewhat Spanish speaking wife (she grew up in a town of 80% Mexican-Americans) tells me it is Spanish for Cupid. If anyone has the book \"Dictionary of Minor Planet Names\", edited by Lutz Schmadel please let us know more. Amazon sells it for $91.6 for the hardcover and over $200 for the paperback version. Or did they reverse that by mistake? Springer, the publisher sells the Ebook for \"only\" $179. I\'m curious but not that curious. 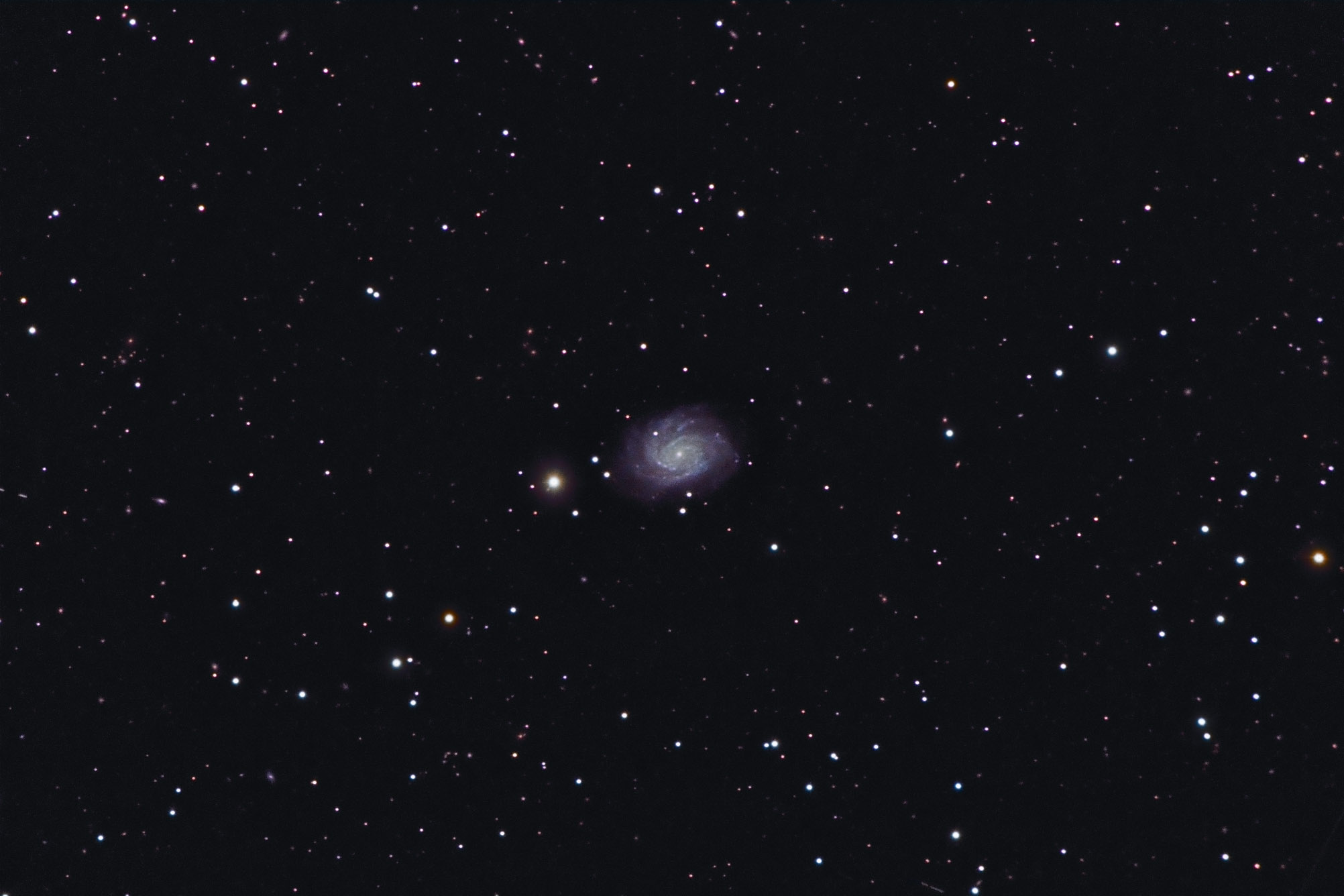 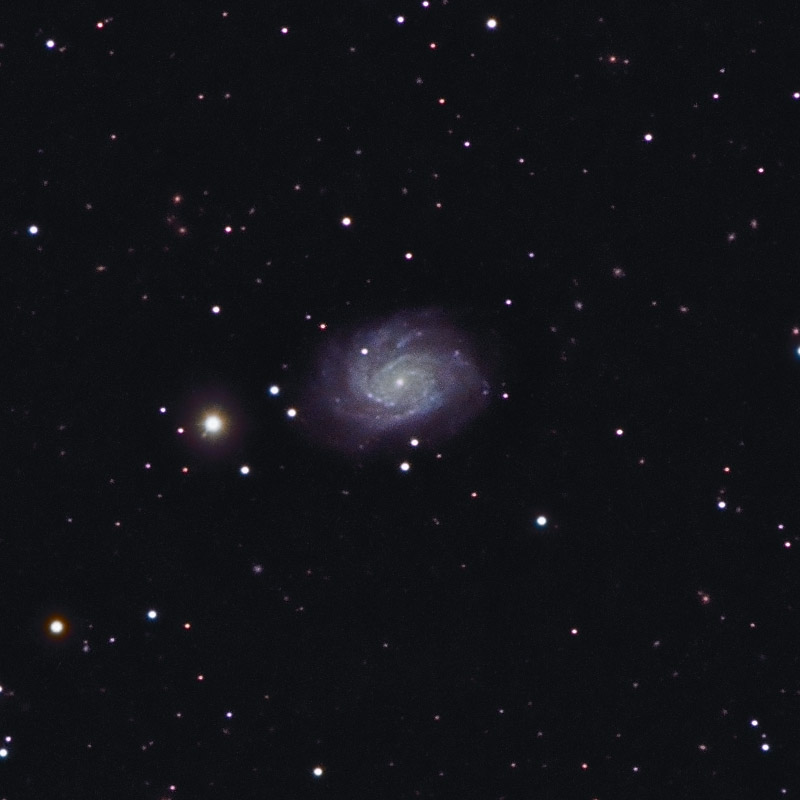 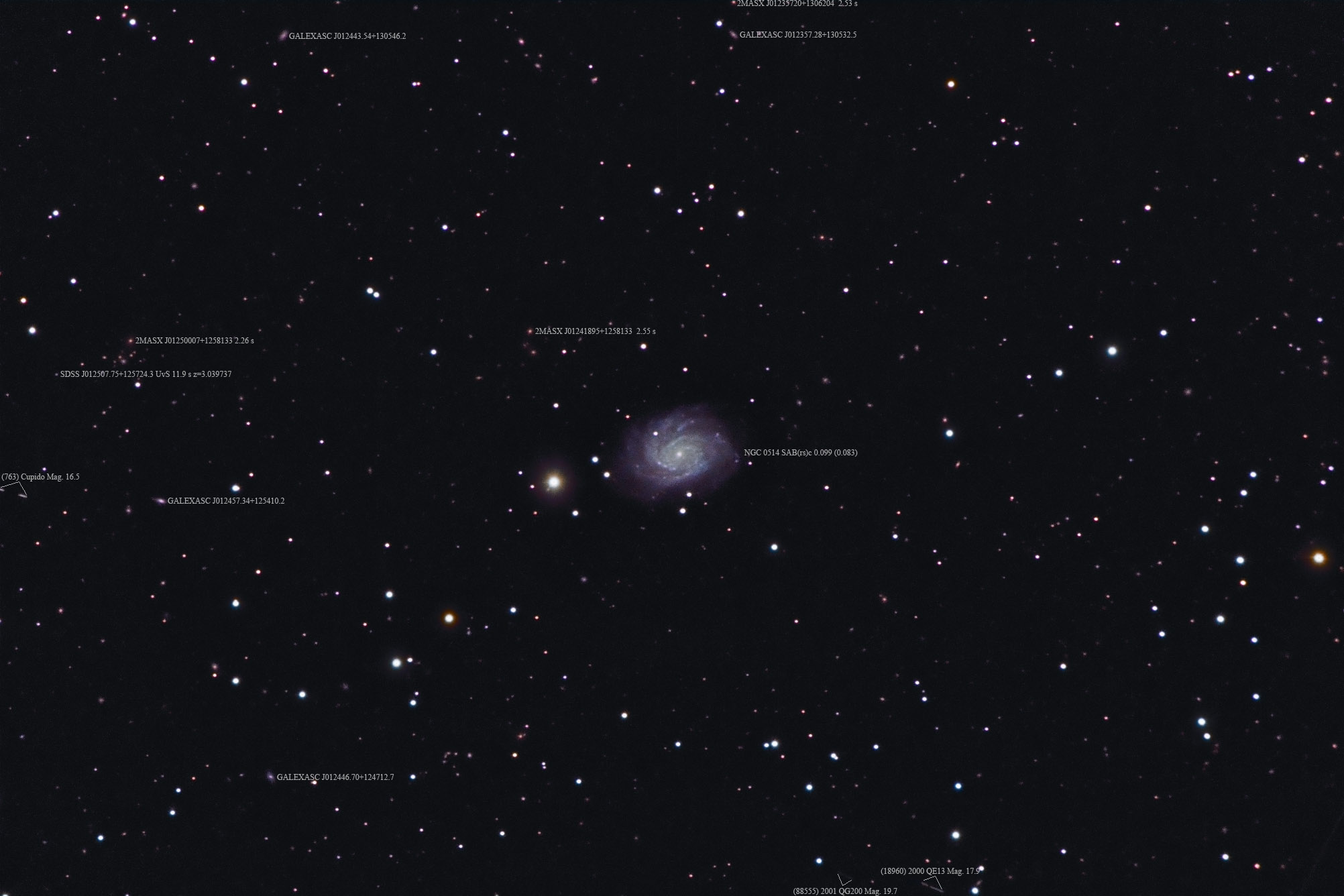