There are quite a few other galaxies in the image but few are at its approximate distance. IC 101 is its closest neighbor at a redshift of 96 million light-years. It is classed as Sb? and was discovered by Stephane Javelle on December 2, 1893. I calculate its length to be about 45,000 light-years. While appearing only slightly smaller IC 102 is actually much large as it is about 6 times more distant at 630 million light-years. That makes it about 146,000 light-years across, over three times the size of IC 101. It is listed as S0/a and was also discovered by Javelle the same night as he found IC 101. A couple other galaxies have a similar redshift that are therefore all likely members of the same local group.

I\'ve identified all galaxies with redshift data and the brighter ones without such data and a catalog entry that isn\'t just its sky coordinates. Most only are known by their coordinates and most of the others are only in very obscure catalogs.

The image also contains 8 asteroids, all quite faint which caused me to stretch the image a bit more than I\'d normally do to bring them out better. Only one has a common name LOFAR. Yes, it is named for the radio telescope. Its naming citation reads: \"LOFAR (LOw-Frequency ARray), a novel radio telescope, proposed by Leiden astronomer George Miley and inaugurated in 2010, consists of tens of thousands of individual low-frequency antennas, distributed over north-western Europe, with its core region in the Netherlands.\"

But it is the asteroid (288112) 2003 WA60 that interests me. Note how the first half of its trail is a lot brighter than the last half. I can\'t see that as conditions as the other asteroid trails don\'t show this wide variance. My first thought was the first half of the trail was atop a distant galaxy or maybe a pair of stars. But this field was taken by the Sloan telescope which goes deeper than I do and it shows nothing at this location. Thus the trail really did have this variation. It seems too sudden for even a highly elongated asteroid to turn from sideways to end on but that\'s about all I can think of. I suppose a brilliant albedo feature than suddenly went into shadow could do this but I\'ve not heard of any asteroid having such a feature. I\'m rather lost for ideas what could cause this. Too further complicate the issue (211946) 2004 XF92, to the lower left, does just the opposite and, even vanishes for part of its trail. The first half of its trail in the second frame is very dim. For the last half, it comes up brighter but not to where it was in the first frame. It then stays at this brightness in the third and fourth frames. These are behaving very strangely indeed. 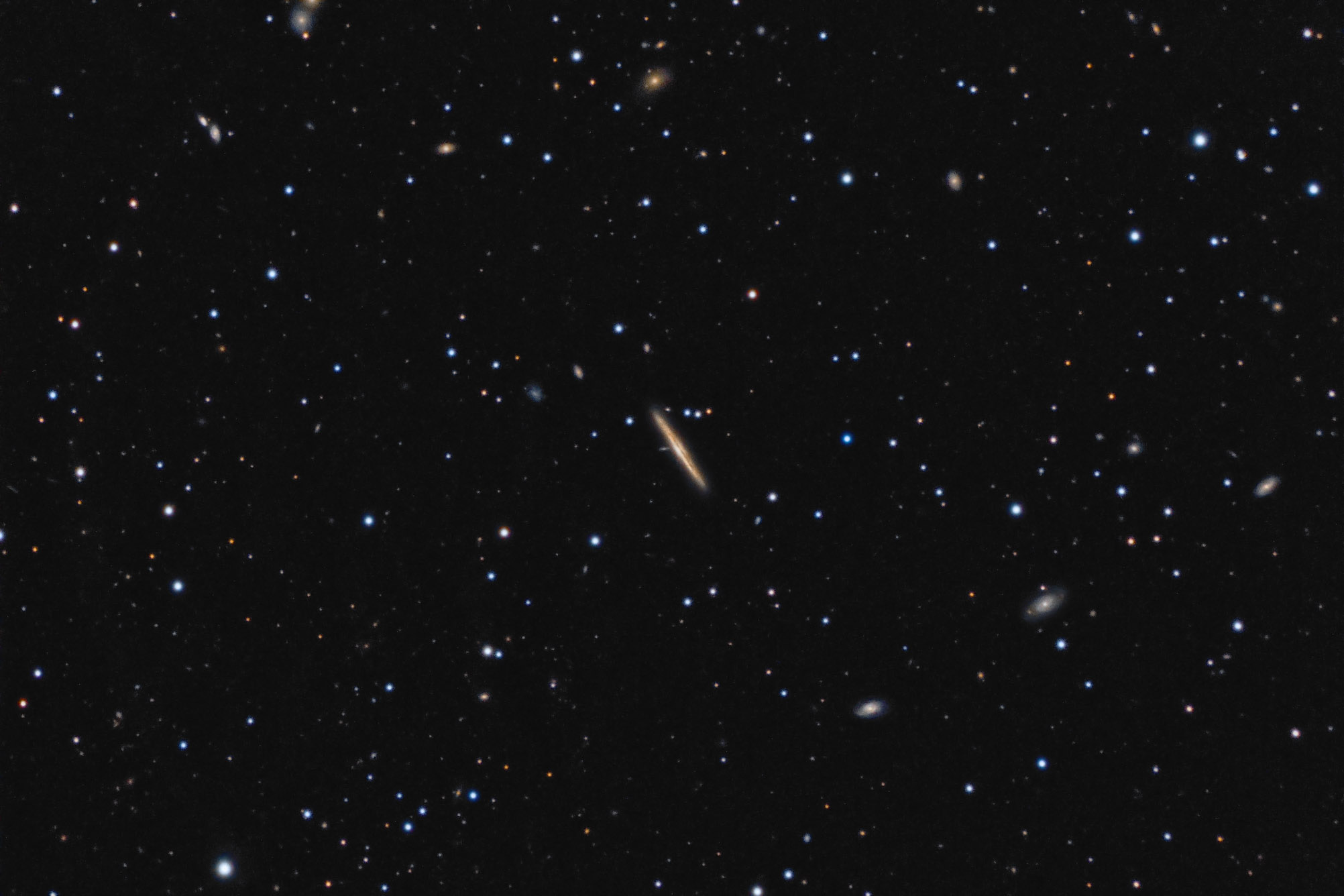 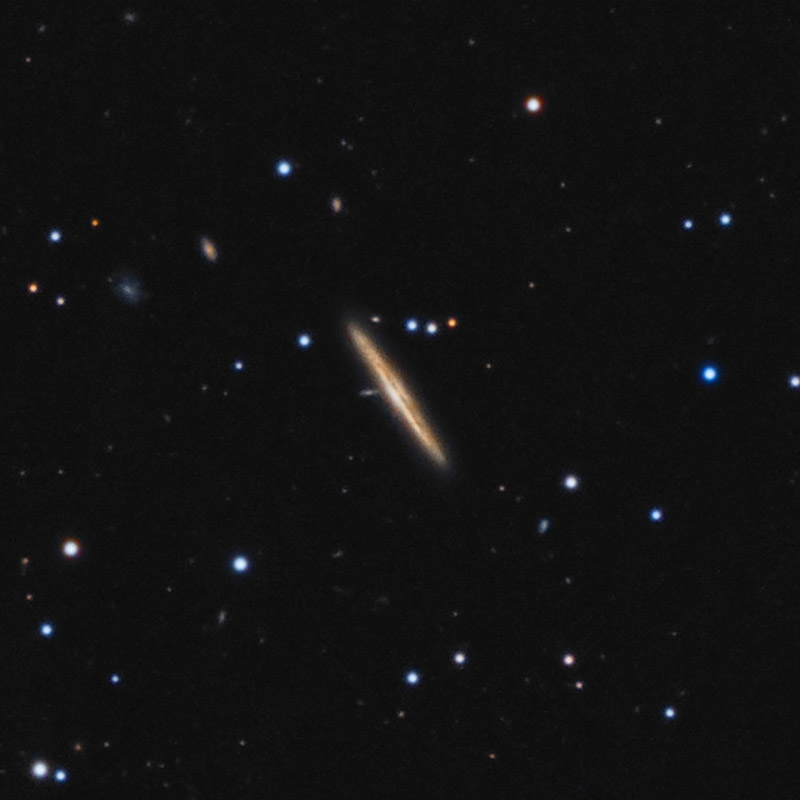 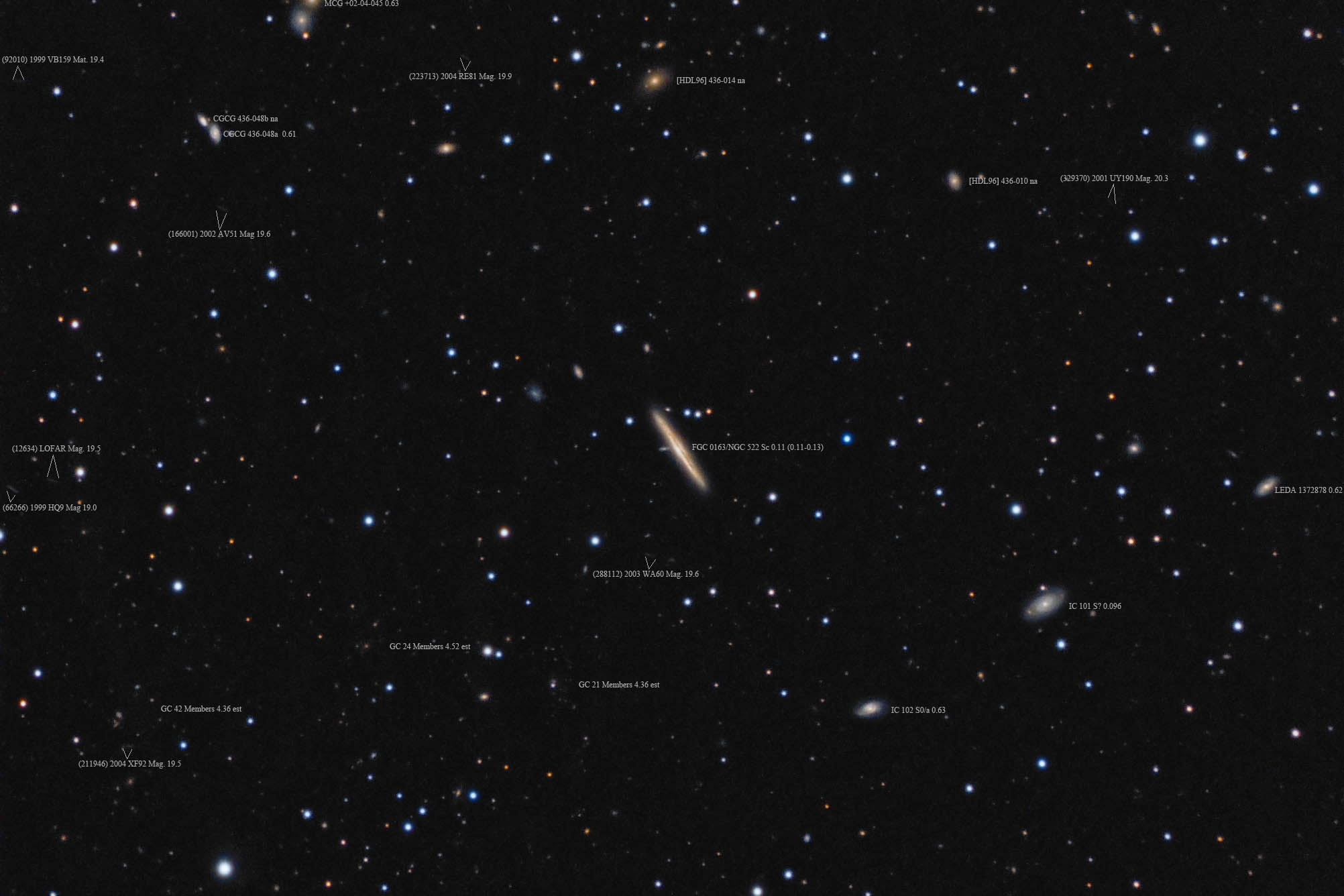