NGC 654 is an open cluster about in Cassiopeia about 6650 light years distant per WEBDA though I\'ve seen a lot of undocumented estimates of 7800 to 7900 light-years away and one that put it only 5200 light-years away. The large dark nebula to the upper left is LDN 1337. The smaller one at the top just right of center is LDN 1332. The blue reflection nebula around the star BD+61 315 at the southwest corner of the cluster is vdB 6 aka GN 01.40.6. The cluster was discovered by Caroline Herschel on September 27, 1783. William didn\'t record it until November 3, 1787.

I was quite surprised how many images of this cluster I found on the net that didn\'t show either the reflection nebula nor the dark nebula except very faintly. Most showed the cluster against a dark background rather the dust field it is in. One of the few that do show these features and very well is Tom Davis\' wide field image. In fact, I think it is what caused me to put this one on my to-do list or at least move it to the front of the list. http://tvdavisastropics.com/astroimages-1_000094.htm.

This image illustrates what I call the f ratio myth. Those who believe the myth would say at f/10 imaging such faint dust as in this image would take many days with a total of maybe 40 to 80 hours exposure time, not one hour ten minutes I used. Low f ratio usually means a nice wide field of view but isn\'t necessarily \"faster\" as many claim. It all depends on aperture, image scale and the signal to noise ratio you find acceptable. Notice F ratio isn\'t a factor though it does have a say in the image scale factor.

There is a spear of blue light coming in from the top right of center. That\'s a reflection from a bright star hitting the edge of something (chip?) in the camera and is not a real feature. A fainter one is at the top left of center. 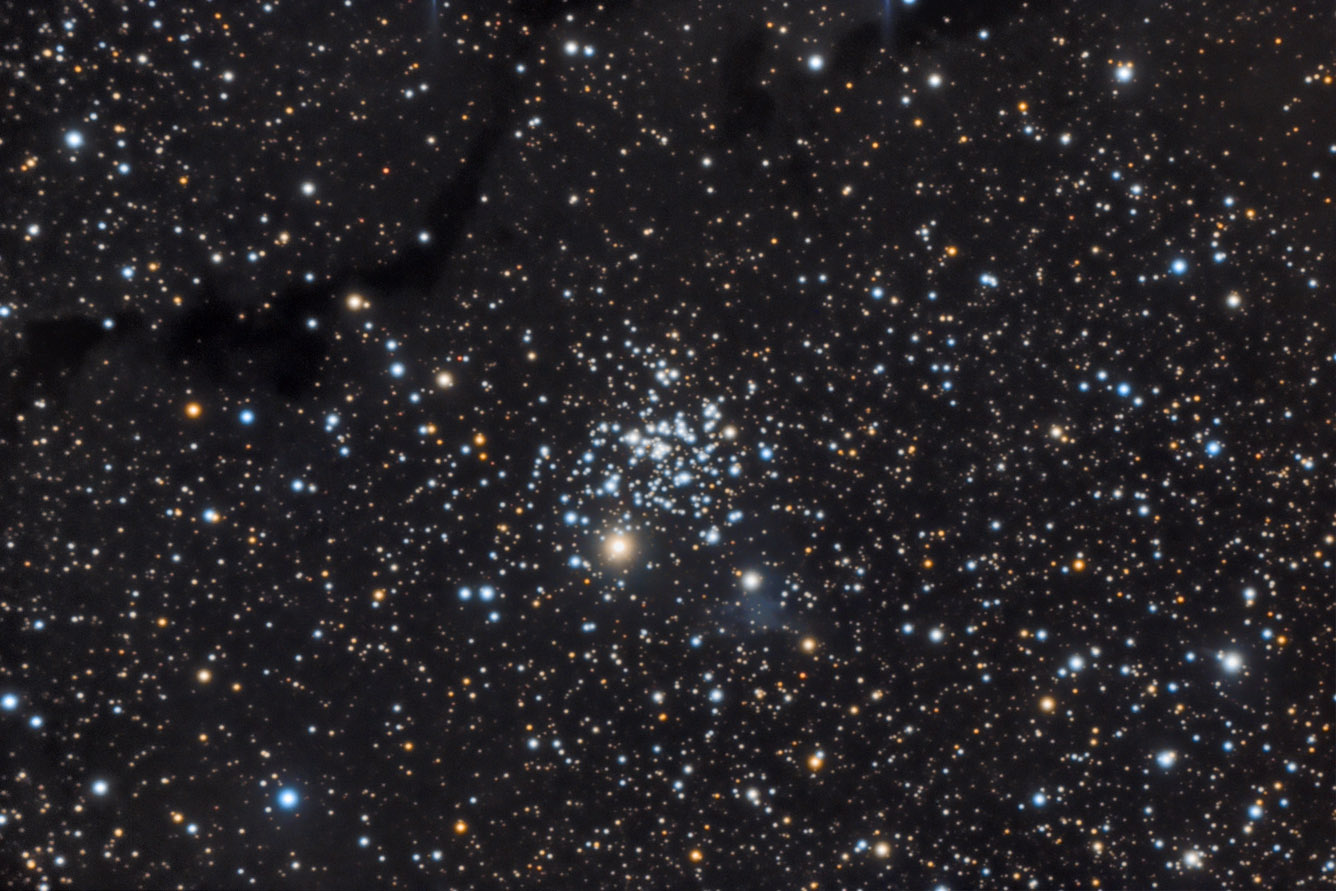