IC 148 is a rather small blue, warped, disk galaxy in Pisces only 22 minutes of arc from the far more famous polar ring galaxy NGC 660. Just too far for me to put them in the same FOV. They do have similar redshift so are likely related and maybe even interacting. It may be the cause of the warping of this galaxy. The distance to it is rather uncertain. Even APOD won\'t try to pin that down for NGC 660 saying only that it is over 20 million light-years from us. Redshift puts IC 148 at 22 million light-years while a single Tully Fisher estimate says 35 million light-years. I tend to favor the larger value mainly due to its angular size. If the 22 million light-year figure is used the galaxy is only 22,400 light-years across. That seems small to me. The larger distance makes it 35,600 light-years across, a more reasonable size. If its angular separation from NGC 660 is a good indicator of their real separation, that is they really are at the same distance from us, then they are only 139 thousand light-years to 221 thousand light-years apart. That\'s quite close. This, of course, is the minimum distance between them, the actual distance could be much greater since neither has a good distance estimate.

NED classifies it in one place as Sc(f) and Im another. The latter could be consistent with the smaller size and nearer distance while the former gives it about the same size as M33 which fits its classification better. In case you are wondering the (f) is from the Yerkes classification system and means it has prominent F type stars. This helps explain its rather blue color.

After writing the above I checked my image of NGC 660 taken in 2009 using generation 1 filters rather than generation 2 used for the IC 148 image. There was a small amount of overlap. My processing methods have changed greatly since 2009 so it is processed much differently. Rather than take the time to reprocess the 2009 image I did a quick rework to sort of match the two into one large 2705x2464 mosaic at 1\" per pixel. Due to the small overlap of only stars the processing differences aren\'t very noticeable. It does show the relationship between these two galaxies. To do it right I need to retake NGC 660 with today\'s optical train (even that has changed slightly) and process them the same. I don\'t see that happening however. Thank goodness for RegiStar that managed to match the two with only a very small overlap between the two and slightly different image scales and distortions at the edges where they meet. 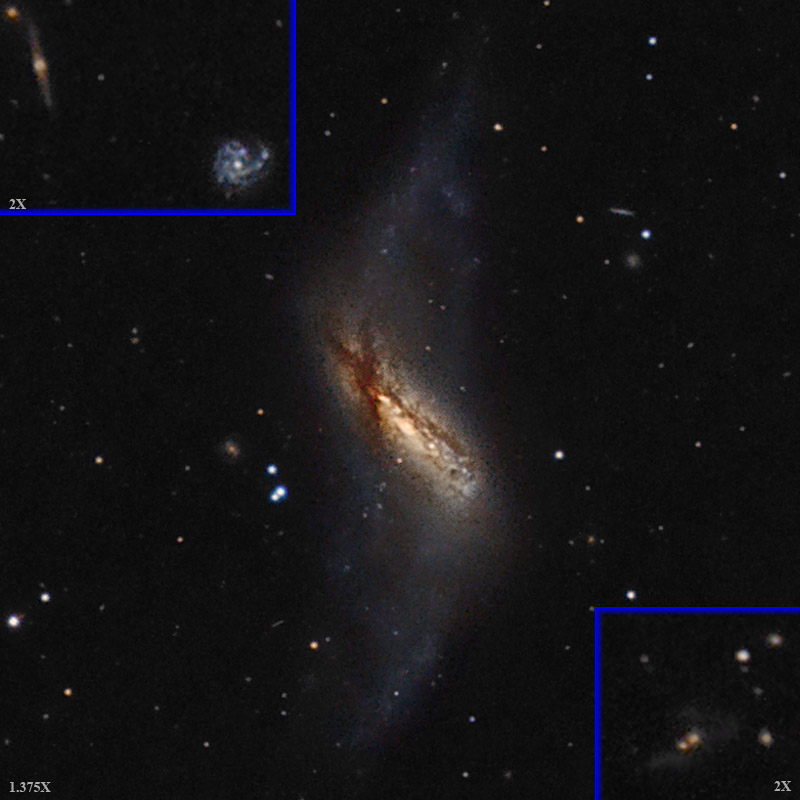 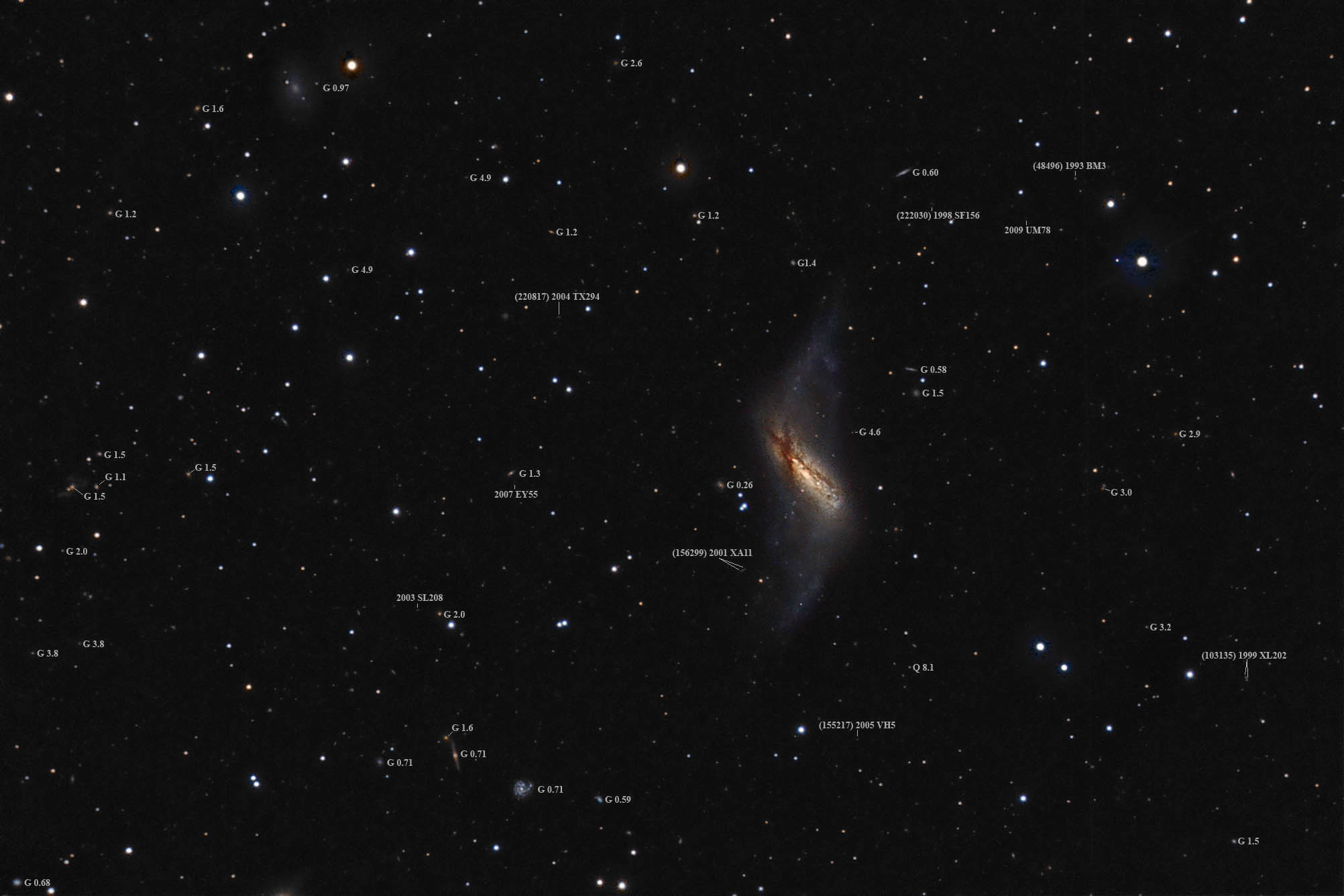 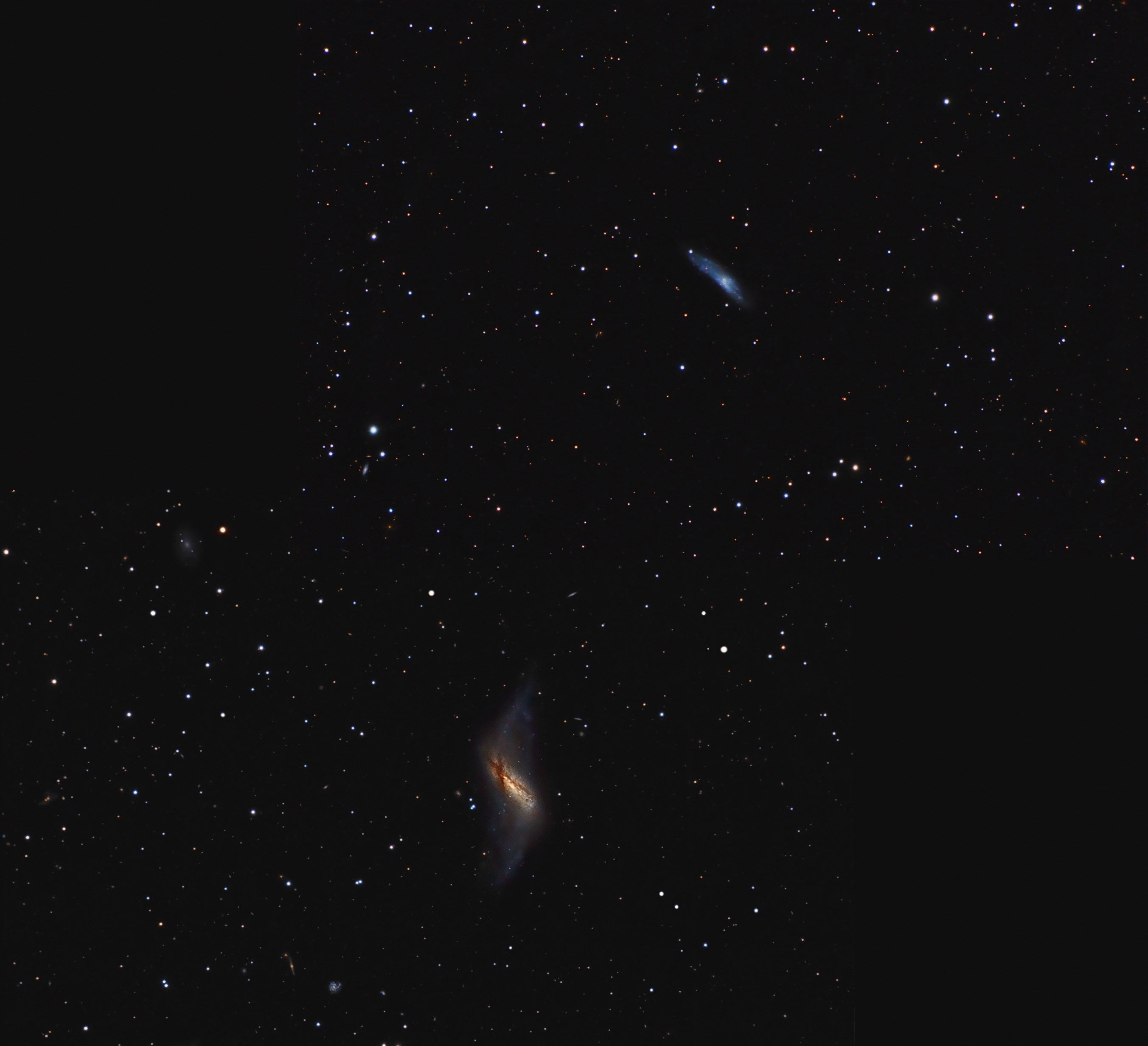