NGC 681 is another Sombrero Galaxy, at least in appearance. It is located in Cetus about .6 degrees west of Zeta. It\'s distance seems rather uncertain. I found no two sites giving the same distance. NED shows a redshift distance of 69 million light-years but a non redshift distance of 140 million light-years, twice as far away. The best agreement among sites I checked come in at about 75 to 80 million light-years. I\'ll say 77.5 million light-years to pick a value in the middle. Using at I get a diameter of 62,000 light-years. The real Sombrero Galaxy, M104, has a size of about twice that, 130,000 light-years. So it is a little imposter. It was discovered by William Herschel on November 28, 1785 but isn\'t in either of the H400 observing programs. Nor could I find I\'d logged it in my many years of visual observing. Though it should have been a rather easy object in my 10\" f/5.

Conditions were poor the night I took this with a very bright sky costing me to lose about 1.5 magnitudes. Thus if I had better data I could stretch much further I suspect it\'s halo, like that of M104 would be considerably larger than I captured here. Though looking at what few images of this one I found on line none seemed to show any more halo than I do here.

It appears to have a true companion, PGC 6637 to the northwest. At least its redshift is rather similar. It is a rather featureless S0 galaxy that I measure at about 30,000 light-years in size assuming it is at the same distance as NGC 681. All other galaxies in my image that NED had redshift data on were much more distant. Two were over 4 billion light-years distant, even further than one of the two quasars in the image.

The annotated image shows all other galaxies in the field that NED had redshift data for. 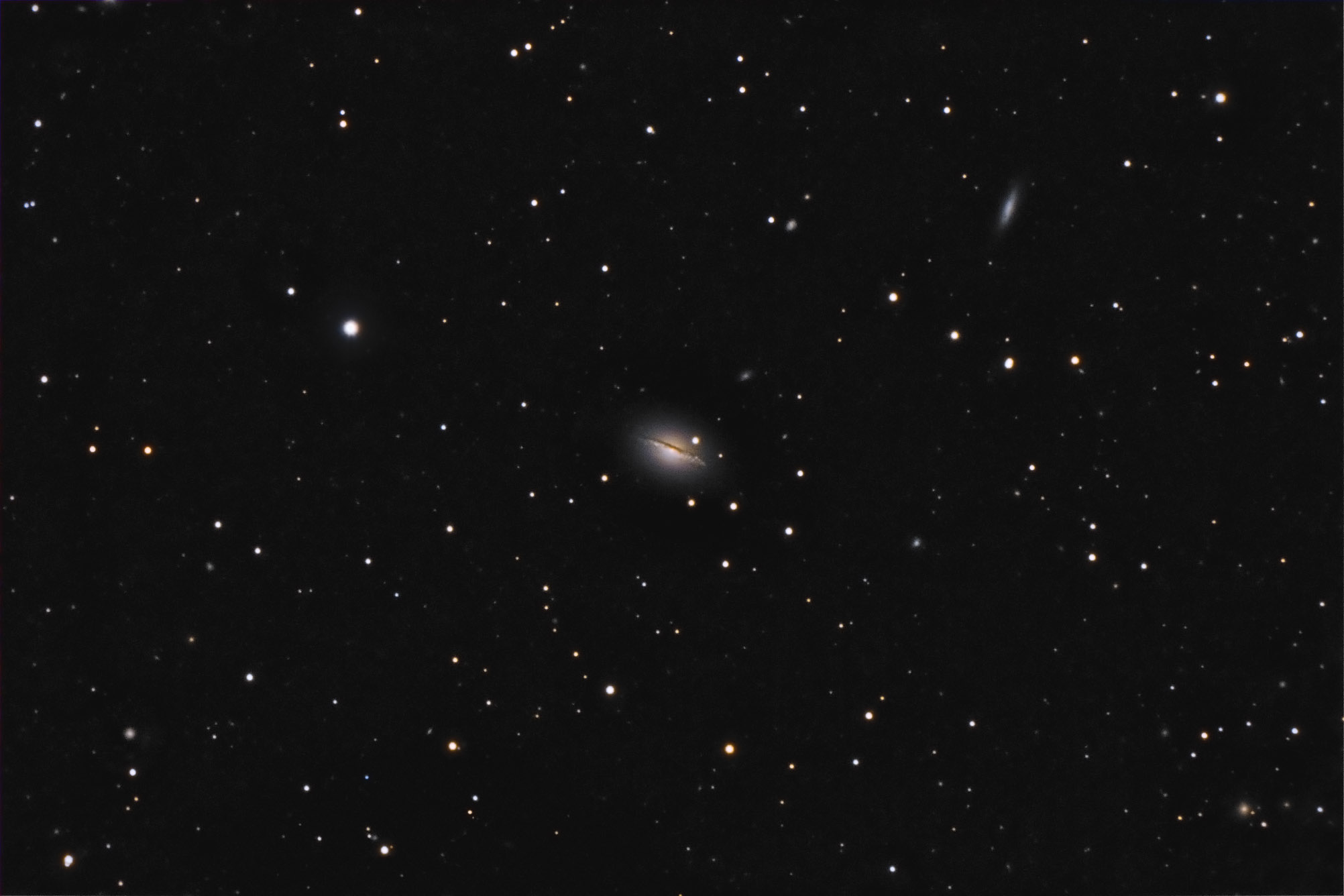 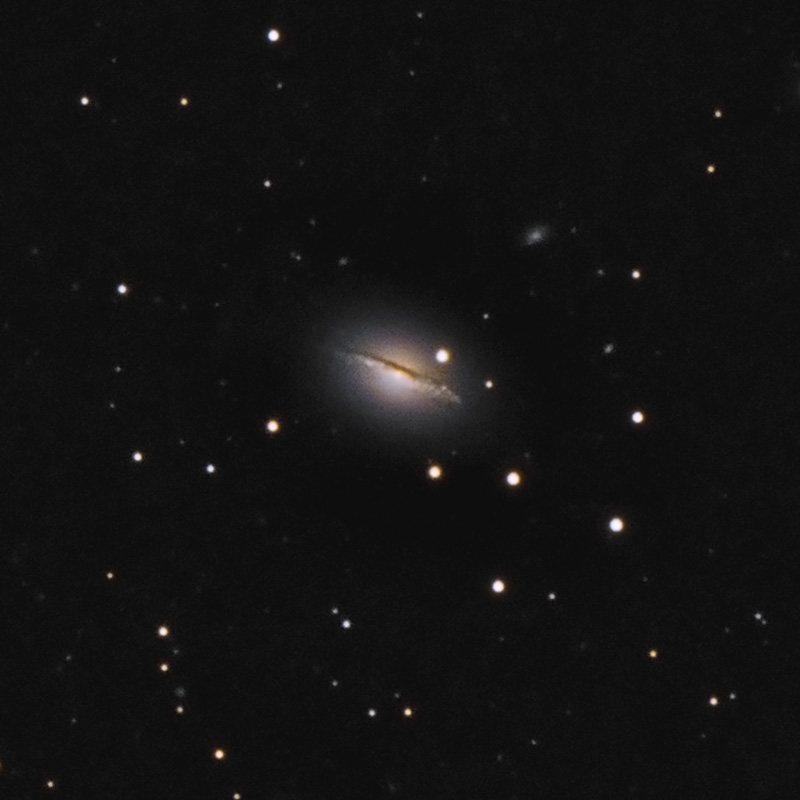 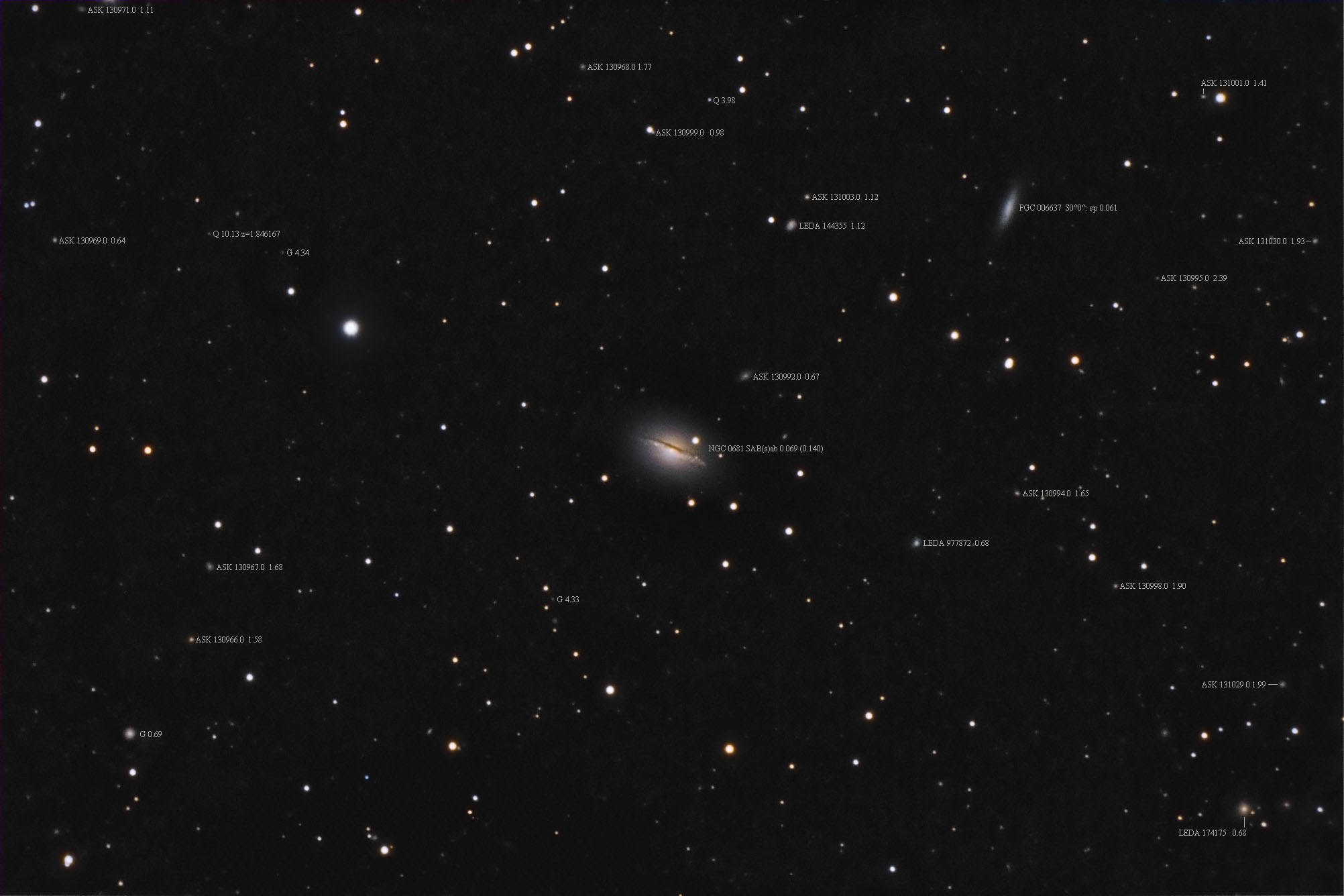