NGC 812 is a very asymmetric spiral with no disturbing galaxy in the field. So how did it get this way? Nothing I found tried to explain this. It just is this way. It would seem to fit Arp\'s category for galaxies with narrow filaments. Or maybe galaxies with a rat-like tail. I suppose it could be the result of a merger. The core region seems rather disorganized. This one is pretty alone in the universe and apparently not studied all that much. NED and the NGC project both class it as S pec. It is located in Andromeda north of Gamma. It is thought to be about 225 million light-years away. It was discovered by Édouard Stephan on Devember 11, 1876.

Only one other galaxy in the image has a redshift value and it is mostly out of the frame to the south. It is below the orange star near the bottom right of center. Only its top portion is visible in the full image. It is CGCG 538-017, an S0/S galaxy also at about 225 million light years. Looking at it on the POSS 2 plates it doesn\'t appear distorted so doubt it had much, if anything, to do with how NGC 812 came to its present condition. North of it is HFLLZOA F052, a very blue galaxy classed as dE/N (a dwarf, nucleated elliptical galaxy). There\'s not much more on it, not even a magnitude estimate.

The flat S0 galaxy north of NGC 812 is 2MFGC 01633. It shines at magnitude 12.3 in K band IR light. Far brighter than seen in visible light of my image as this is about the same total light of the apparently far brighter NGC 812. To the northwest of NGC 812, two thirds of the way to a very bright blue star is HFLLZOA F049. It is tucked between two stars and left of a third, brighter star. This is the only other galaxy NED lists that isn\'t in the 2MASS IR catalog. About 15 others are. The vast majority in the image aren\'t in any catalog NED currently carries. The field is well within the \"zone of avoidance\" that the Sloan survey tends to avoid so it hasn\'t, as yet, covered this part of the sky. The HFLLZOA catalog does list galaxies in this area as shown by the last three letters of its name. But most in this field were too faint for this catalog or already included in the 2MASS survey.

The glare oval at the top left of center is due to the 8th magnitude star, SAO 37778, hitting the edge of the imaging detector. 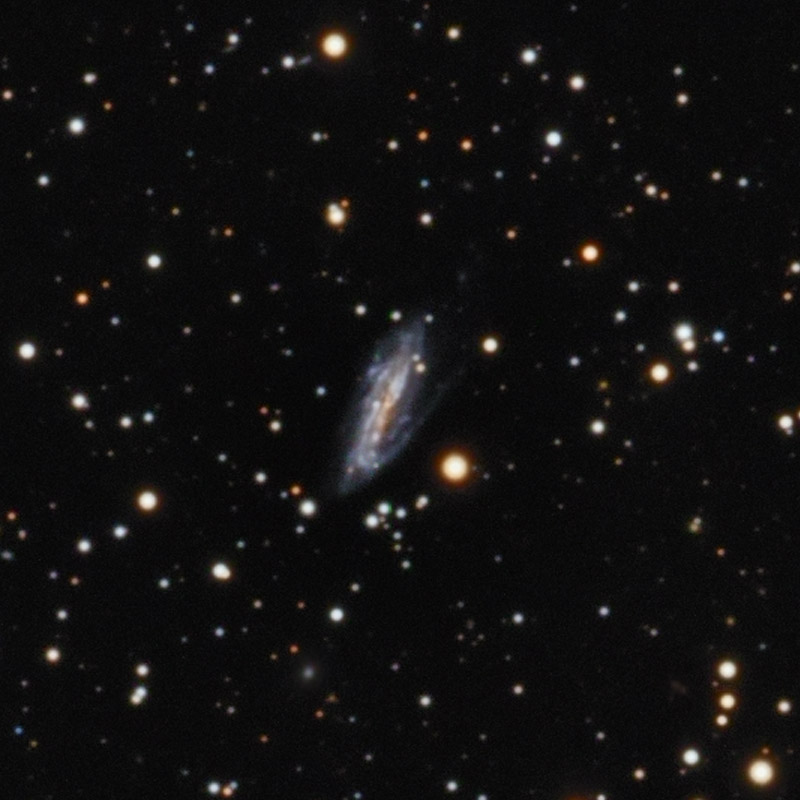 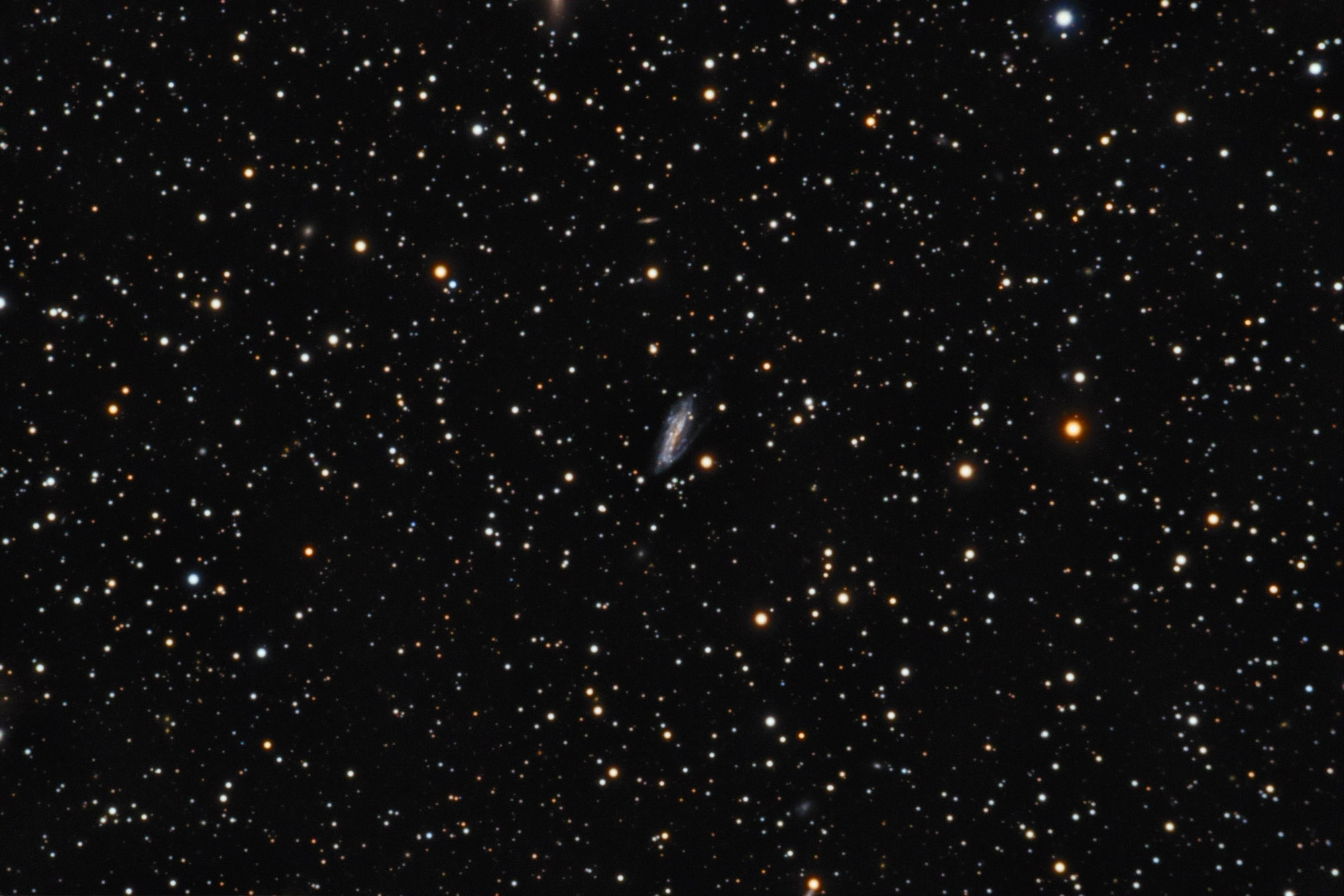