I have no idea why I imaged this NGC 864. I can\'t find it in my to-do list nor was it on my to process list until I found it doing some housekeeping on the hard drive. It is a somewhat interesting barred spiral in Cetus about 60 to 70 million light years distant so rather close, by my standards.

I found the notes at NED oddly contradictory. One says: \"Strong, slightly curved bar...\" while another says: \"The central oval forms a weak bar...\". Strong or weak it does have a bar. In spiral galaxies, bars tend to feed dust and gas into and out of the cores of galaxies. This can trigger star formation both in the core and in the arms. This flow shows as a dark lane down the middle of the bar. This dark flow channel is quite obvious in my image, especially in the western bar. Often this flow results in starburst activity in the core of the galaxy. While NED classes it as SAB(rs)c with no starburst mention I found this odd note at NED: \"There is a remarkably small circumnuclear starburst ring with a radius of slightly less than 100 pc. The blue light from this starburst appears to dominate the visible light from the nucleus.\" Sounds like the core should appear blue but I sure see no hint of it. In fact, such starburst activity is usually hidden behind dust creating an IR strong galaxy that would be picked up by the 2MASS and possibly the IRAS survey. Sure enough, this galaxy is listed in both. While the core is somewhat whiter than in many barred spiral it is still on the red side in my and all color images I found of this galaxy.

The galaxy was discovered by William Herschel on October 25, 1785. It didn\'t make either of the H400 observing programs.

There is very little on the rest of the field, however. The only other galaxy with redshift data is NGC 0864 COM01. It is the small SO type somewhat blue oval near the left edge of my image below NGC 0864. It has a very similar redshift so likely is related to NGC 0864.

There are a ton of faint distant galaxies in this image. Unfortunately, none have redshift data and only a few are even cataloged by NED. Two galaxy clusters are noted in the image. I\'ve marked their centers and distance in billions of light-years. NSCS J021527+055458 below the galaxy and 5.6 billion light-years away is listed as having 17 members in an unknown area. NSCS J021440+055700 to the west at 3.12 billion light-years is larger with 49 members but again no size is listed. Quite a few faint fuzzies are seen around these two locations. Are they members of the cluster? I don\'t know. NED didn\'t have sufficient data available.

There are 5 \"bright\" asteroids in the image and several that I see in the Luminance stack but buried in the noise too far to bring out. The brightest, 2006 SM363 is listed as 19.1 magnitude. The rest are listed between 19.7 and 20.2 though they seem rather similarly bright in the image so I have some doubts about the Minor Planet Center\'s magnitude estimates. For instance, 2001 FS96 at magnitude 20.2 estimated has the longest trail of all in the image yet is brighter than some with far shorter trails. 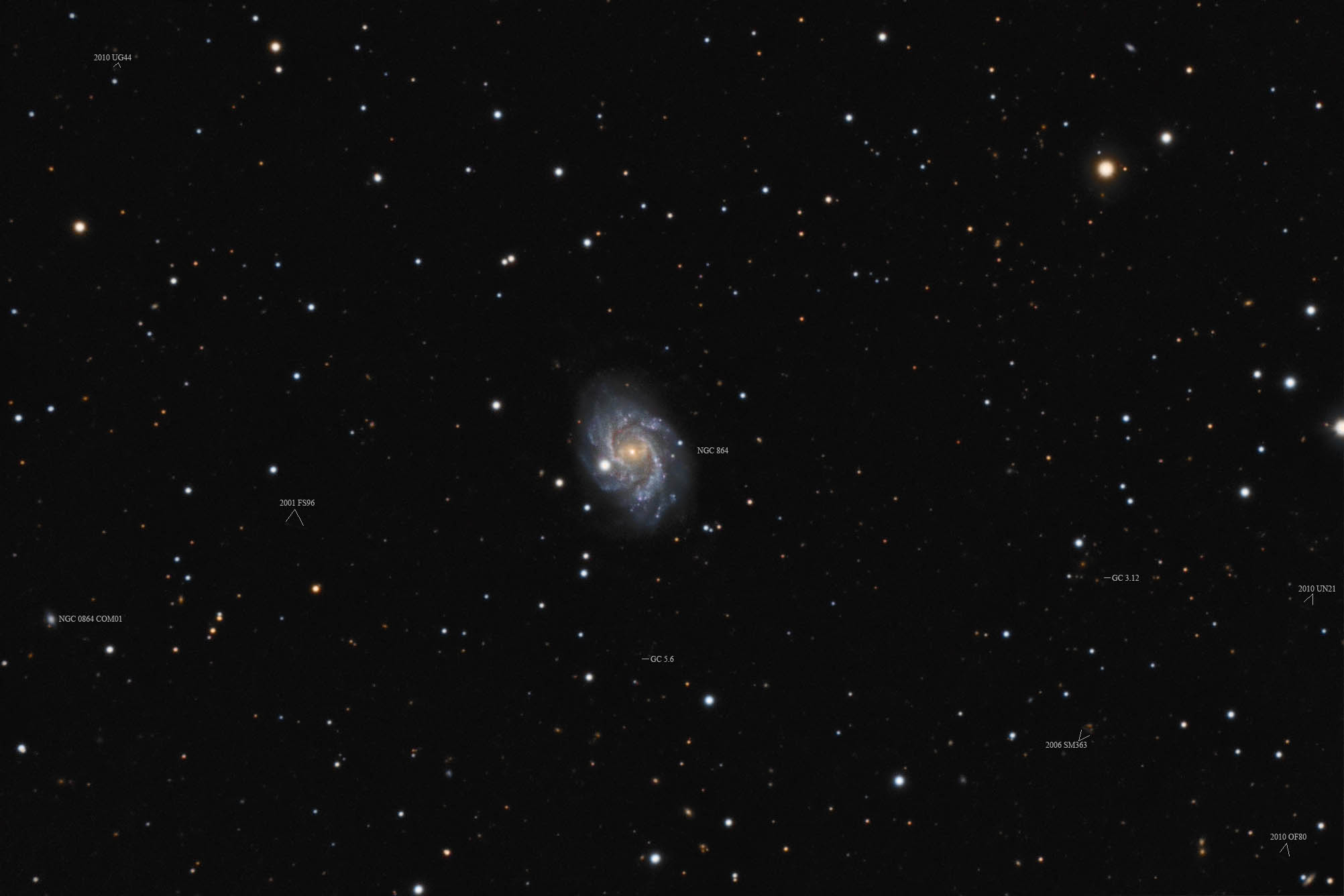 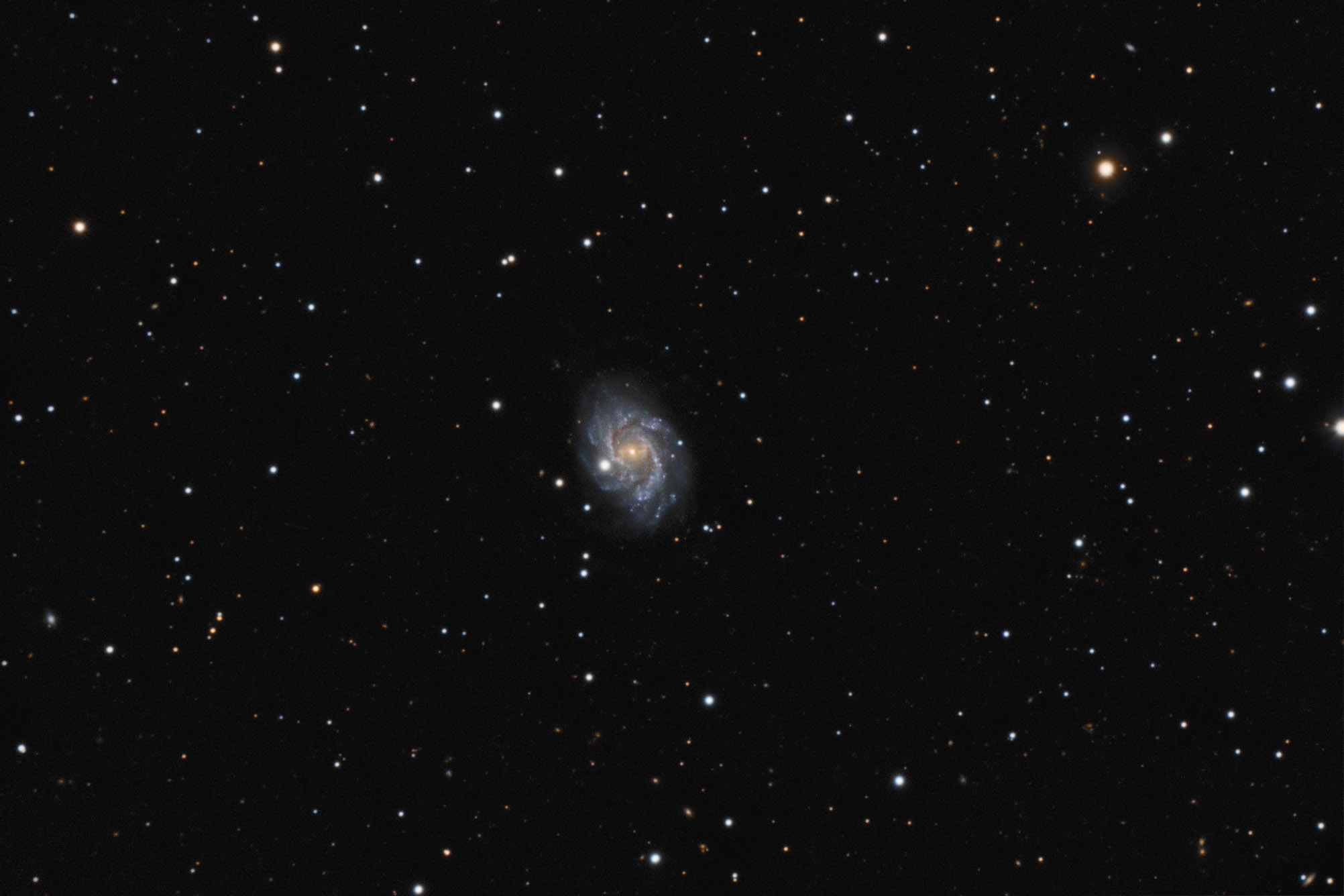 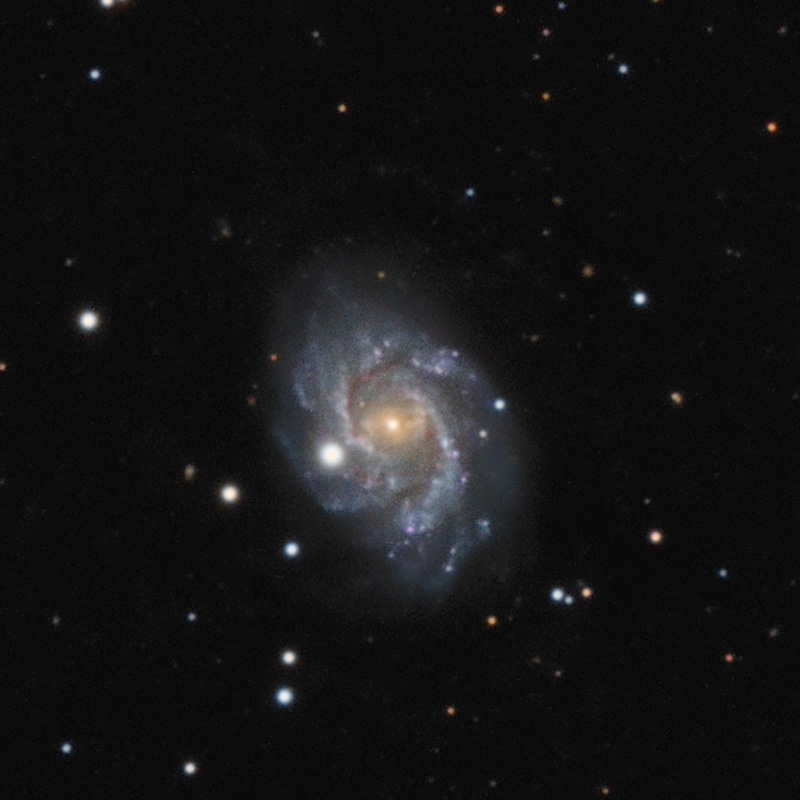