NGC 884 is the eastern half of the famous double cluster in Perseus. WEBDA puts its distance as 7,600 light-years. Its age is listed as 11 million years. This makes it a very young cluster and explains the lack of red giant stars. Reddening is listed at just 0.56 magnitudes. Oddly this disagrees with the figures for the other member, NGC 864. Most consider the two as being the same age and very close together in reality as well as by perspective though likely not as close as our perspective makes them. These figures make the eastern member 1 million years younger yet it apparently has more red giants than the \"older\" cluster.

The cluster\'s discovery goes back to 130 B.C.E. when Hipparchus saw the double cluster. I don\'t find if he was able to see it was two separate objects though I doubt he did. Tycho Brahe and Johann Bayer also saw it but I found no dates. Both seem to have seen it as one object. Bayer gave both the designation of Ē Persei. Calling the eastern member \"h\" didn\'t happen until sometime in the 1840\'s. The next date is when Giovanni Hodiera recorded it sometime shortly before 1654. As he used a crude telescope he likely knew of the double nature of this fuzzy patch in the sky but still recorded it as one object.

This was one of my very earliest images. This one was taken a year after I took NGC 864. I\'d discovered some of my errors in taking bright star clusters but not all of them. While I reprocessed 864 as it was so bad I\'ve not yet done so with this one. This is my early 2008 processing of December 2007 data. It would benefit with a complete reprocess as I did with its companion but this will have to do for now. 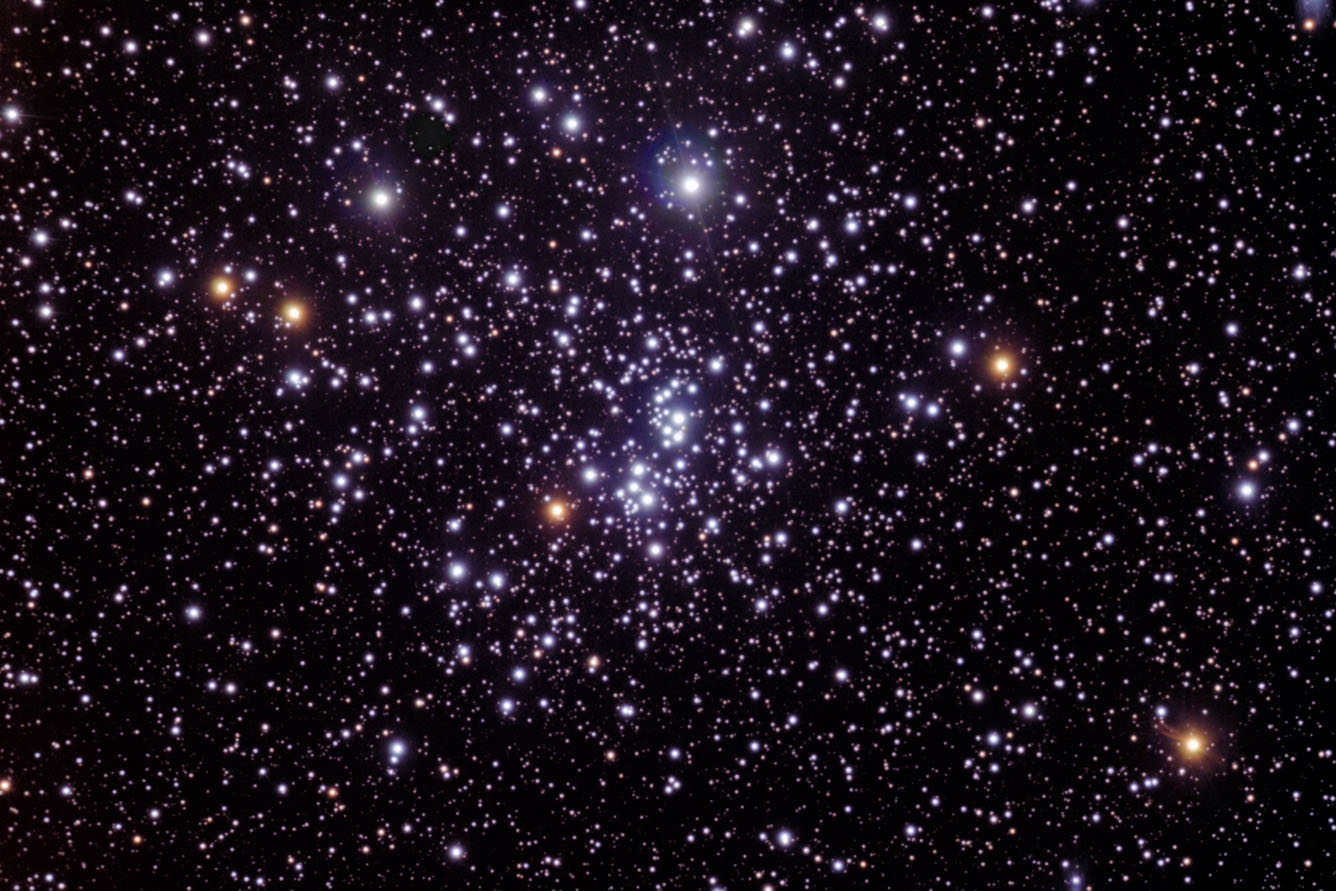