NGC 925 is a rather low surface brightness barred spiral, SAB(s)d, in Triangulum with a lot of HII regions. I was surprised at how obvious they are in my image. In many of my images, they come out blue rather than pink as the super bright and hot stars formed in it dominate give the blue color. That doesn\'t seem to be the case with this galaxy for some reason. Its spiral arms are rather distorted as if it has encountered another galaxy. There are several possible candidates all well out of my images field of view.

The distance to this galaxy seems rather poorly known. It does lie beyond the local group but how far beyond seems to be uncertain. I found lots of independent distance measurements whose error bars don\'t come close to overlapping. I\'m going to say 30 million light years but I found estimates for twice and half this distance. The redshift of this galaxy and several others out of the field say about 14 to 16 million light years. Usually, redshift isn\'t all that reliable this close to us but with several within 4.3 degrees having almost the identical red shift it does seem to support this much closer distance. But if that was correct I\'d expect more resolution of the galaxy than I got. Distance determination using Cepheid variables seen in the galaxy give as wide a variation as other methods. Why this wide discrepancy I don\'t know. Maybe dust obscuring the reference star more than others? NGC 925 was discovered by William Herschel on September 13, 1784. It is in the second H400 observing program.

The field is rather sparse. NED shows no redshift data for any other galaxy in the image and only lists 15 other galaxies in the field, all but one without even magnitude data. That one is the elongated smudge near the west edge above center-line near a very blue star. It, [OBC97] N06-2, is listed at magnitude 14.5 which seems rather bright.

Finally, an October image. The weather was so bad this month this is one of only 4 objects taken in October. All taken the one clear night, the 19th UTC, that month gave me. 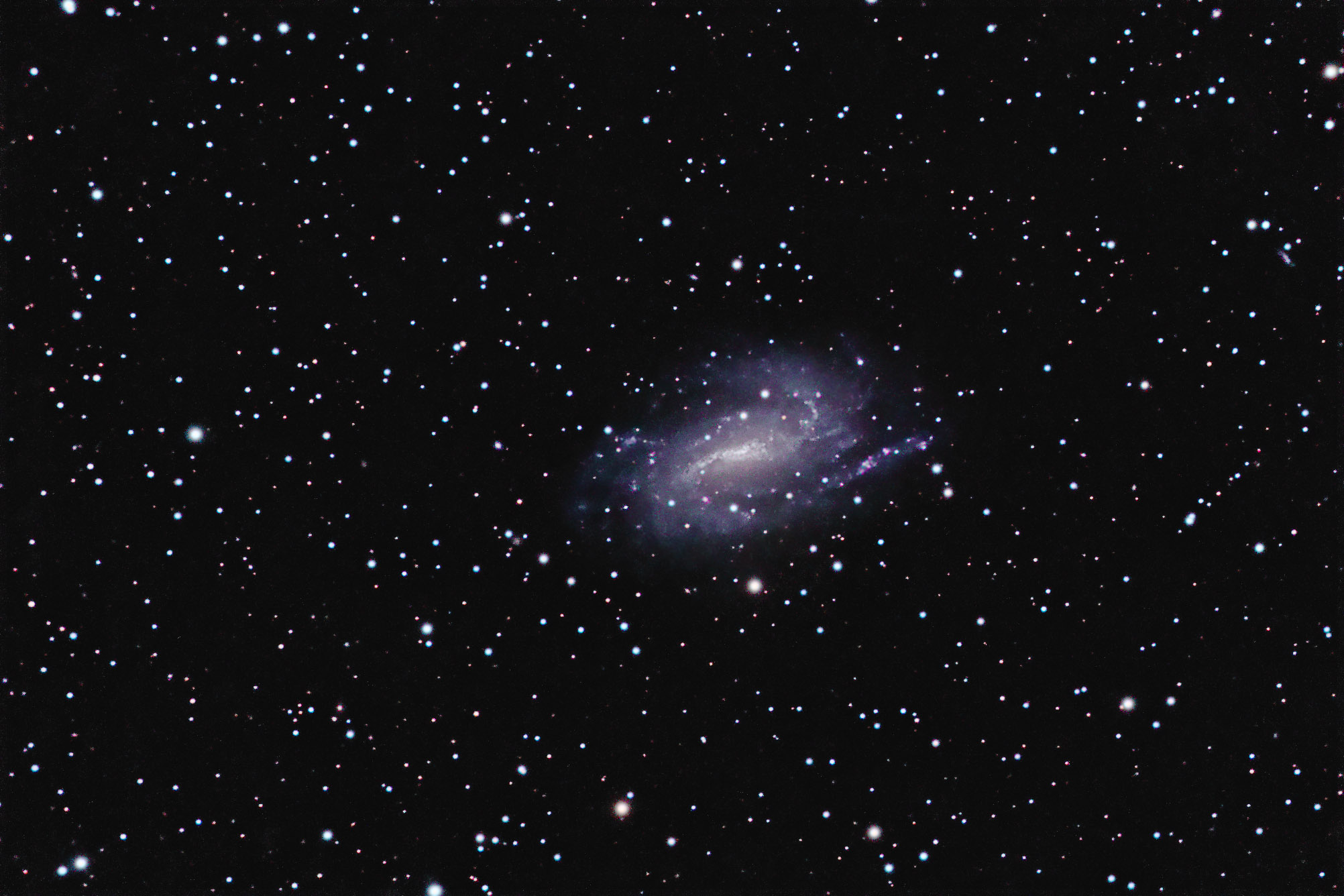