NGC 1003 is a somewhat unsymmetrical near edge-on blue spiral galaxy on the western border of Perseus. In fact, the western ansa of the galaxy is in Andromeda, not Perseus. It has the same redshift as nearby NGC 1023/Arp 135. By redshift, it is 20 million light-years distant but by Tully Fisher measurements it is about 35 million light-years from us. Tully Fisher measurements of Arp 135 put it at 34 million light-years. It appears the two are related with the same redshift but are really about 35 million light-years distant. Redshift is notoriously poor for distance at such close distance but the similarity in redshift would indicate they are likely related and traveling through space together. NED classifies NGC 1003 is SA(s)cd. The NGC project says Sc. Assuming the 35 million light-year distance the galaxy measures some 87,500 light-years if the faint cloud just above the 0.020 in the annotated image marks the far extent of the western arm. It appears connected in the raw FITS files rather than a separate object. A similar faint extension is seen on the other side as well. That would make it a good size spiral galaxy. It was discovered by William Herschel on October 6, 1784 and is in the second H400 observing program.

While there are a lot of blue spirals around it not a single one is listed in NED. NED lists a redshift for only two other galaxies in the image, one UGC 02126 has a very similar redshift so is likely related. It, however, is only about 10,000 light-years across. It has a weak spiral structure seen almost exactly face on. While many galaxies, blue and red, are seen across the image only a very few of the larger ones are listed in NED, but unfortunately, all are from the 2MASS catalog without redshift data. I\'ve identified the few in NED. While a dozen more or so are in NED they are starlike to indeterminable due to wide positional error bars so weren\'t listed in the annotated image. There appears to be a galaxy cluster in Andromeda west of NGC 1003 which I\'ve noted on the annotated image. Again, NED has nothing on it even though some of the galaxies are rather red this appears to be due to distance and not IR emission that the 2MASS would pick up. 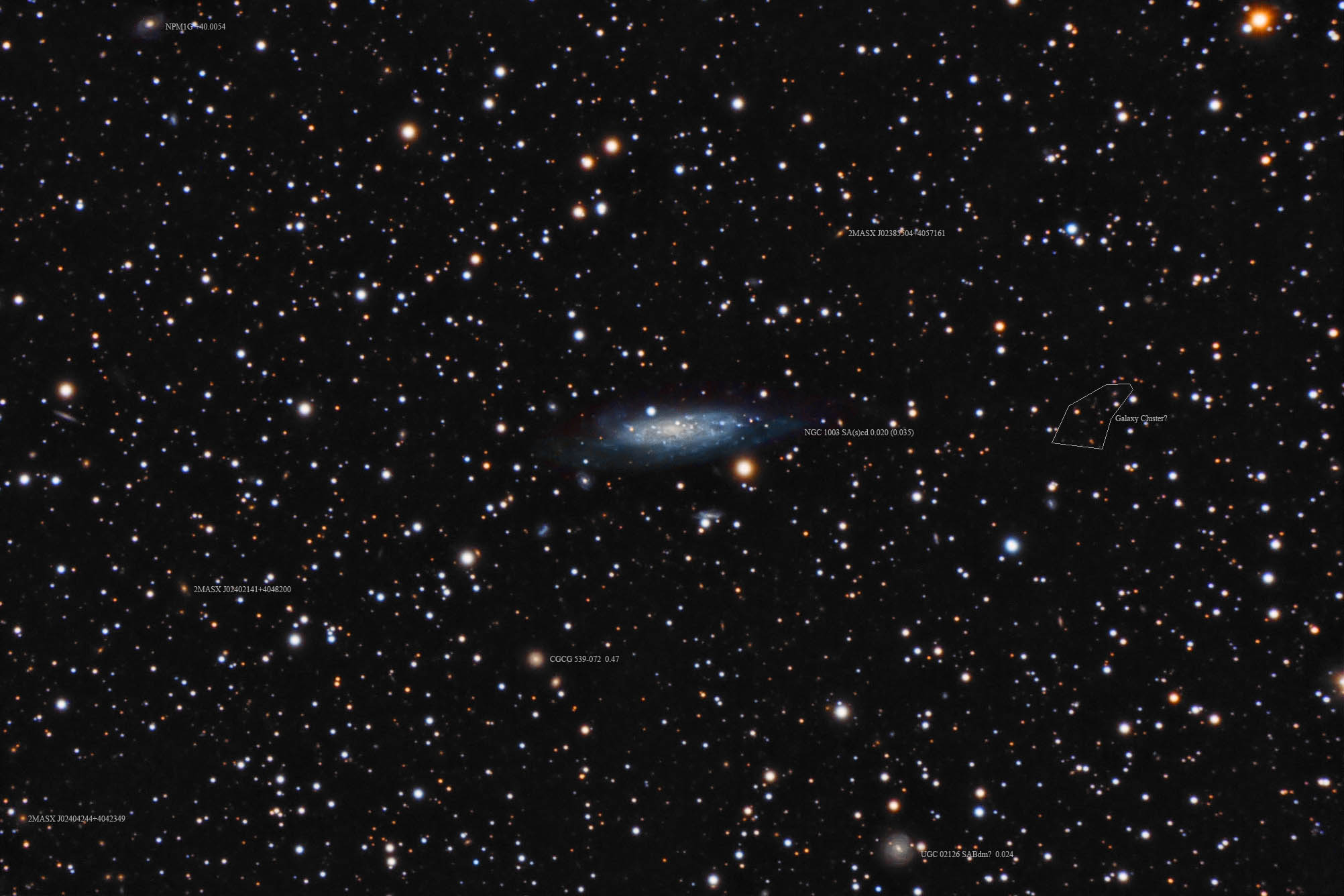 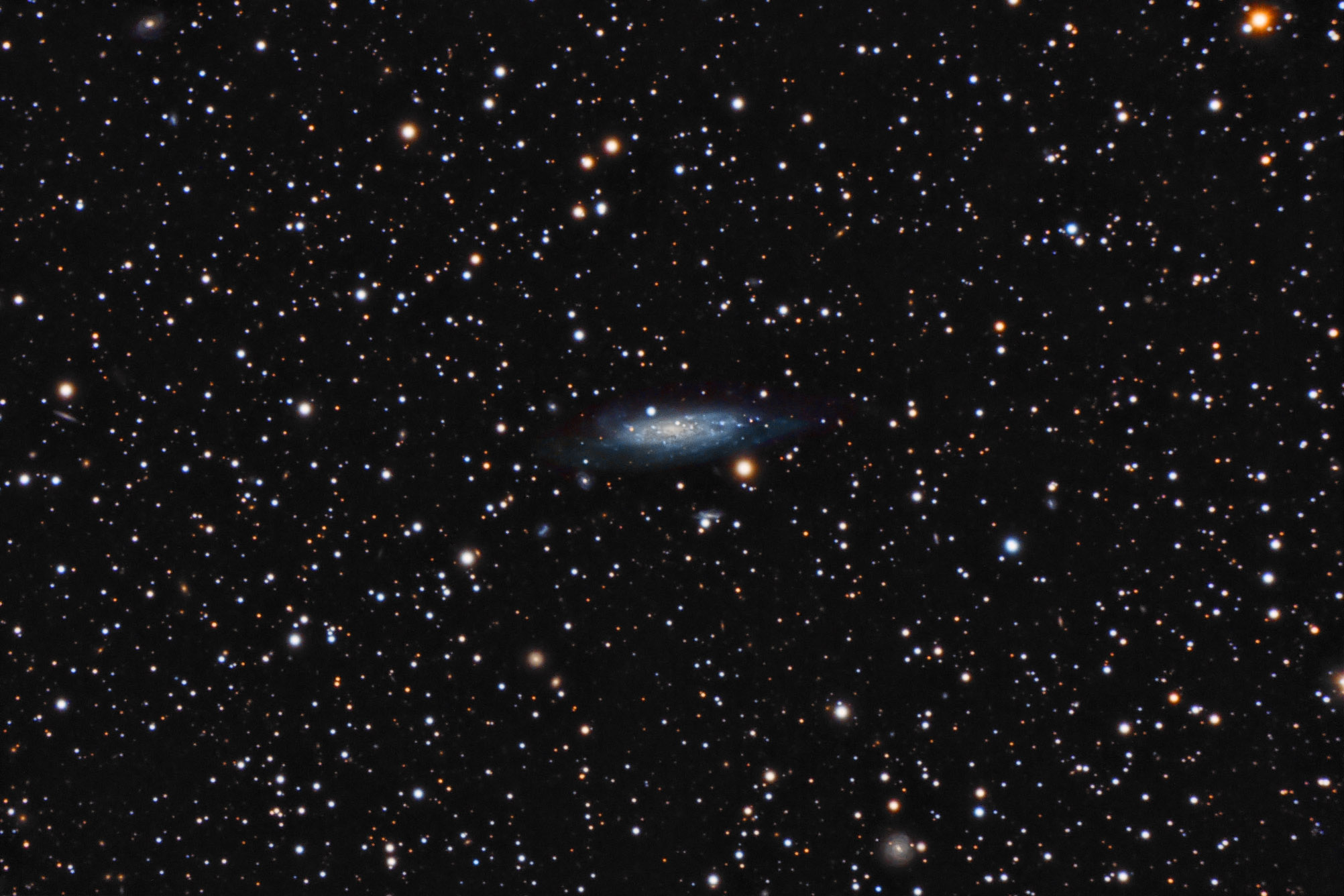