NGC 1027/IC 1824 is a rather sparse open cluster in Cassiopeia just west of the \"Heart\" Nebula. In fact, the western edge of it is seen in the upper right corner of my image and faint outer parts of it stretch right across the cluster. The cluster, however, is not associated with the nebula. That cluster is IC 1805. The heart nebula is thought to be nearly 7000 light years distant while NGC 1027 thought to be about 2500 light years distant. So why did I image such a dud of an open cluster? Well, It looked great in my 6\" f/4 and is one of the objects in the first Herschel 400 list. it was discovered by William Herschel on November 3, 1787. I have been imaging those on that list that my observing log indicated were rather interesting, as time permits. Apparently, I had a wait for my next peculiar galaxy and filled it with this image. It seemed like a good idea at the time. The outer traces of the Heart Nebula (the nebula is far too large for my FOV) do make it a bit more interesting. I make no note of the nebula in my log even though it would have been in the 31x field of view. Being an open cluster I probably never tried a nebula filter. My comments with my 10\" f/5 at 60x on a night with some aurora reads; \"Large, loose, cluster around a 6th magnitude field star. Bright and easy but not very interesting. Surprisingly easy to find considering the lack of guide stars in this sparse area of the sky.\"

Attached image has been reduced to 1.5\" per pixel to save bandwidth. There was no benefit from the larger scale that I saw. 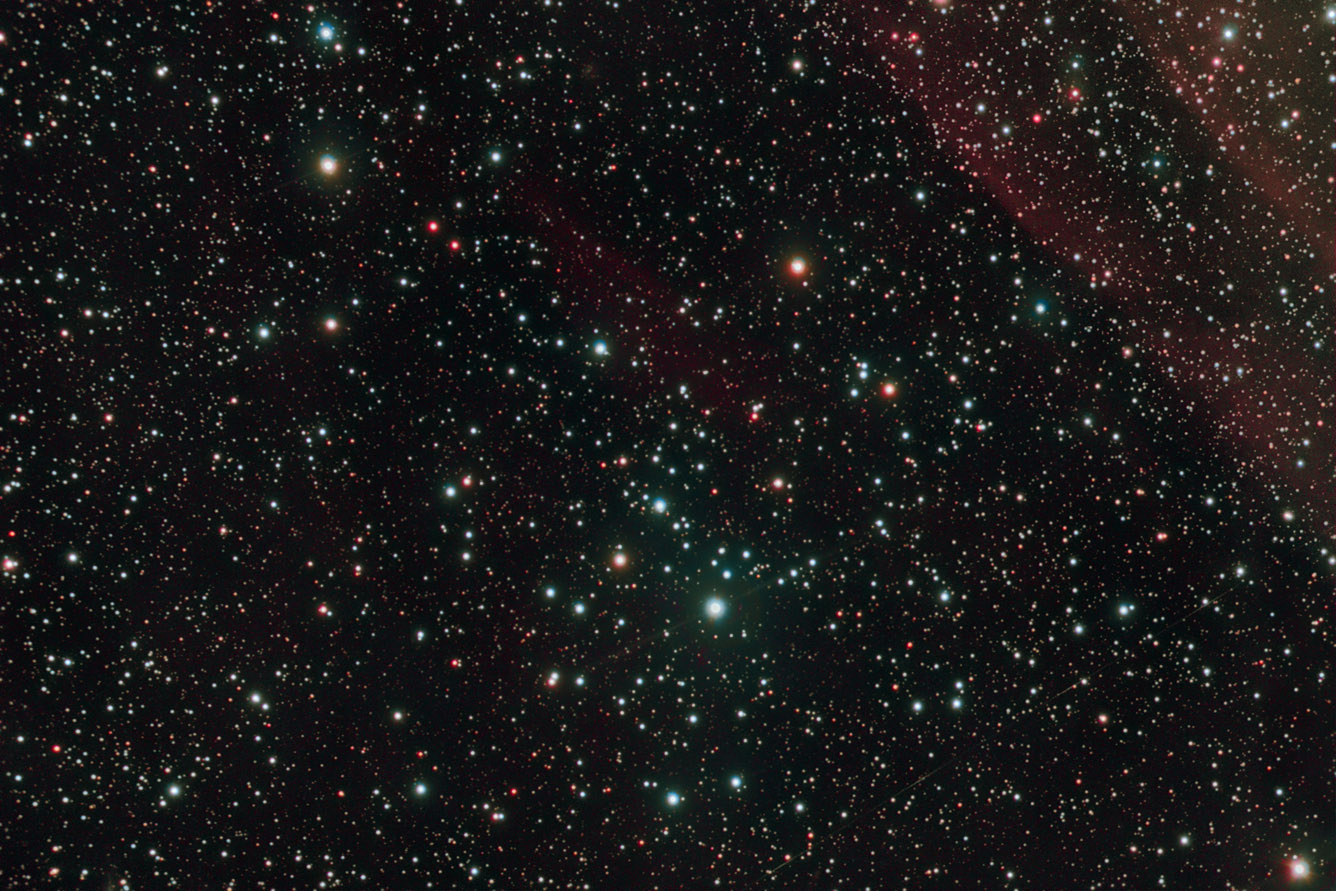