NGC 1055 is a member of the M77 (NGC 1068) group. At first glance, it appears much like an ordinary near edge-on spiral galaxy. But if you stretch the image as I\'ve done you notice two obvious features that aren\'t common. The first is a tight pair of parallel linear dust lanes going NW from the core of the galaxy and thus at an angle to the plane of the galaxy as defined by its massive dust lane. The other, is its halo. Instead of being round as most are or square as is sometimes seen in galaxies with a \"small\" black hole and thus not very massive halo. the halo of NGC 1055 seems to have gone beyond square to a four pole shape, a square that is pinched in on all four sides. The argument that all isn\'t normal gets stronger when viewed at other frequencies than visible light. It is strong in radio, especially HI and CO bands, it is a strong IR emitter as well indicating strong star birth hidden behind a thick curtain of dust. Its spectrum shows it to be both a Seyfert 2 and LINER 2 galaxy, both indications of a recent encounter that has stirred up star formation and is providing food for its core\'s black hole. Many bright blue star clusters stand out against its dark dust lanes. These must contain a great number of very short-lived supermassive stars. Yet another indication of something triggering unusually strong star formation in this galaxy.

NGC 1055 was discovered by William Herschel on December 18 and 19, 1783. The story behind his two \"discoveries\" of the galaxy one day apart is too long to cover here. See http://cseligman.com/text/atlas/ngc10a.htm#1055 for the story. My log entry from the original Herschel 400 program with my 10\" f/5 at 89 power on the good night of September 11, 1985 is unusually short. It read; \"Large, highly elongated evenly bright patch of a galaxy. Difficult due to 10th magnitude field star at one end.\" Considering the 11th magnitude star is northwest of the core and still, in the glare of the central region, it appears I wasn\'t seeing but the bright center of the galaxy.

The galaxy is located in Cetus about a half degree from M77. If I had rotated my camera about 35 degrees east of north I could have just barely fit both in one frame. Instead, I\'ll refer you to a Robert Gendler image of the pair at APOD.
http://apod.nasa.gov/apod/ap061215.html

Was M77 involved with a close encounter with NGC 1055? Could be. M77 shows strong signs of a past interaction and is a Seyfert 1 and Liner 2 galaxy. It also has an outer blue ring of stars. All this could be a sign of past interaction.

APOD puts the group at about 60 million light-years from us. I found a surprisingly large range of values for the distance to these galaxies. 60 million is a bit further than the average but well within the range. This just shows that we still have a long way to go in pinning down the true distances to even rather nearby galaxies. 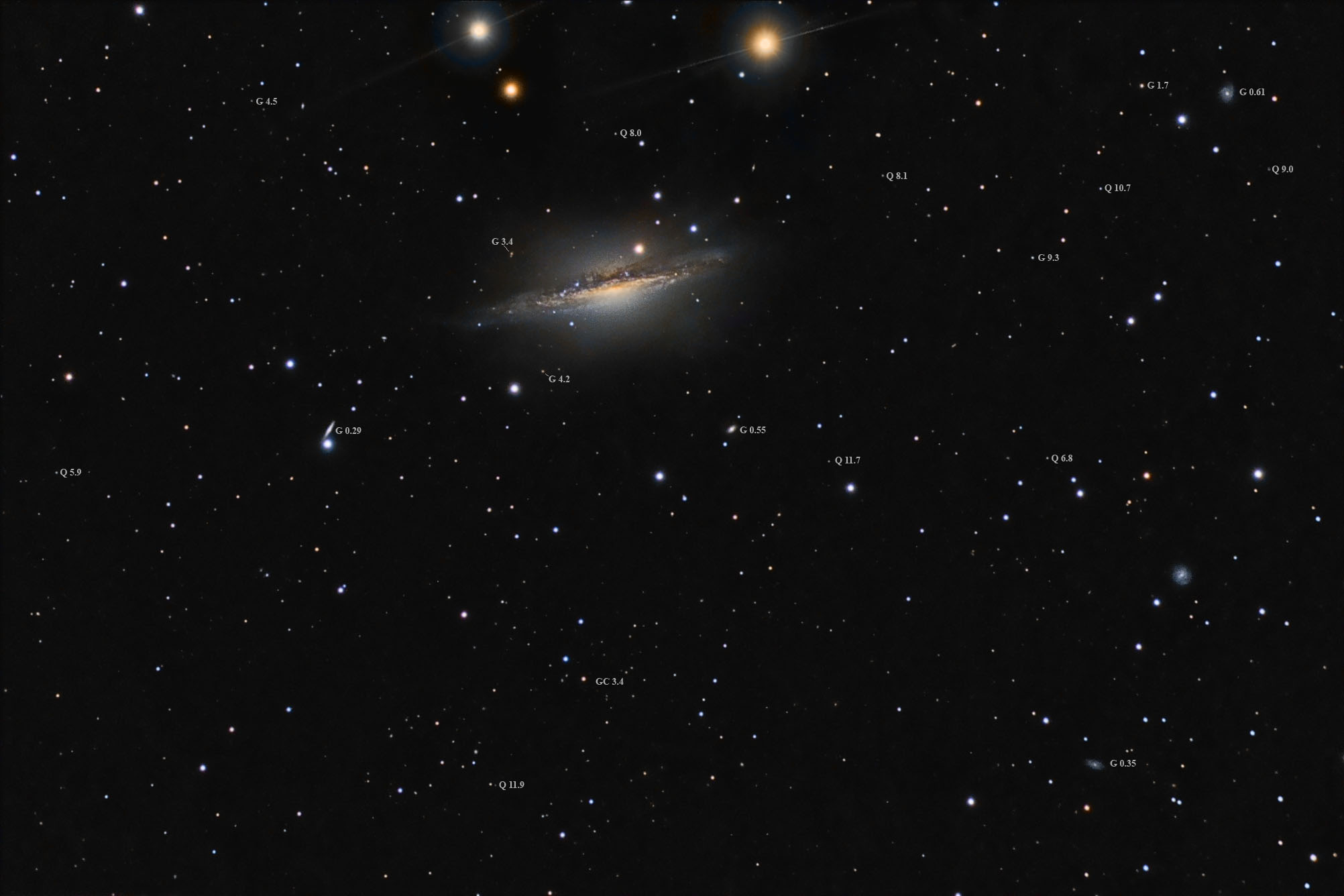 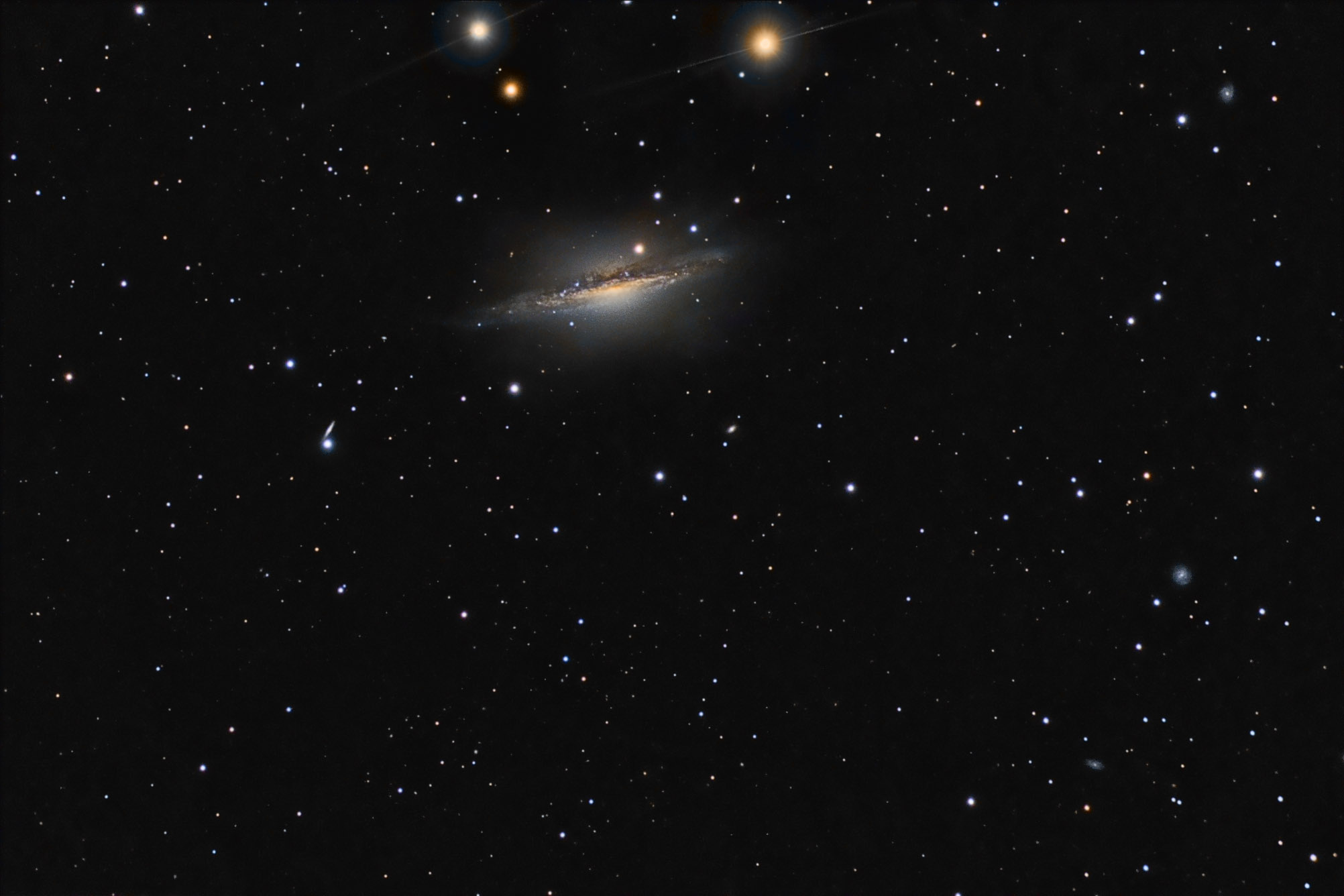