NGC 1070 is a face on spiral galaxy in the head of Cetus about 180 million light-years distant. It is classified as Sb by NED and S?? by Seligman. It has either a very faint thin outer arm or a thin ring. I\'d hoped to bring it out but see the night had cloud issues that cut my photon capture to about half what it would have been without the clouds. The ring or arm can be faintly traced from a knot at the top of the galaxy around through the star above the 1 in NGC 1070. Further hints can be seen around through a faint galaxy off the bottom of NGC 1070. A bit better image of it can be seen at http://cseligman.com/text/atlas/ngc1070.jpg but it doesn\'t catch it much better than I did.

Besides the clouds the seeing was poor so this isn\'t a very good image. I didn\'t see it until too late to retake it this year so this will have to do until I can try again, if I ever do. It was discovered by William Herschel on December 13, 1784. It is in the second Herschel 400 observing program.

Being near the Zone of Avoidance I found little on the background galaxies. One, PGC 010350 appears to be a small companion as its redshift is similar. I measure the galaxy including the part of the arm or ring I can catch at about 160,000 light-years. Others seeing more of the ring or arm say 170,000 light-years. PGC 010350 is about 35,000 light-years across. I found no classification for it. Their projected separation is about 560,000 light-years assuming both are at the same distance, not likely so this gives a minimum separation. So is it responsible for the odd arm or ring on NGC 1070? I found nothing on this. In fact, I found little on either galaxy.

The annotated image shows what few galaxies NED listed in the field, even those without redshift information. Most background galaxies remain unlabeled as they weren\'t in NED or SIMBAD.

The field is only about 10.4 degrees south of the ecliptic yet no asteroids down to magnitude 21.0 are in the field. Two were just out of the field, however, both 21st magnitude. Conditions were so poor I doubt I could have picked them up even if they had been in the field. 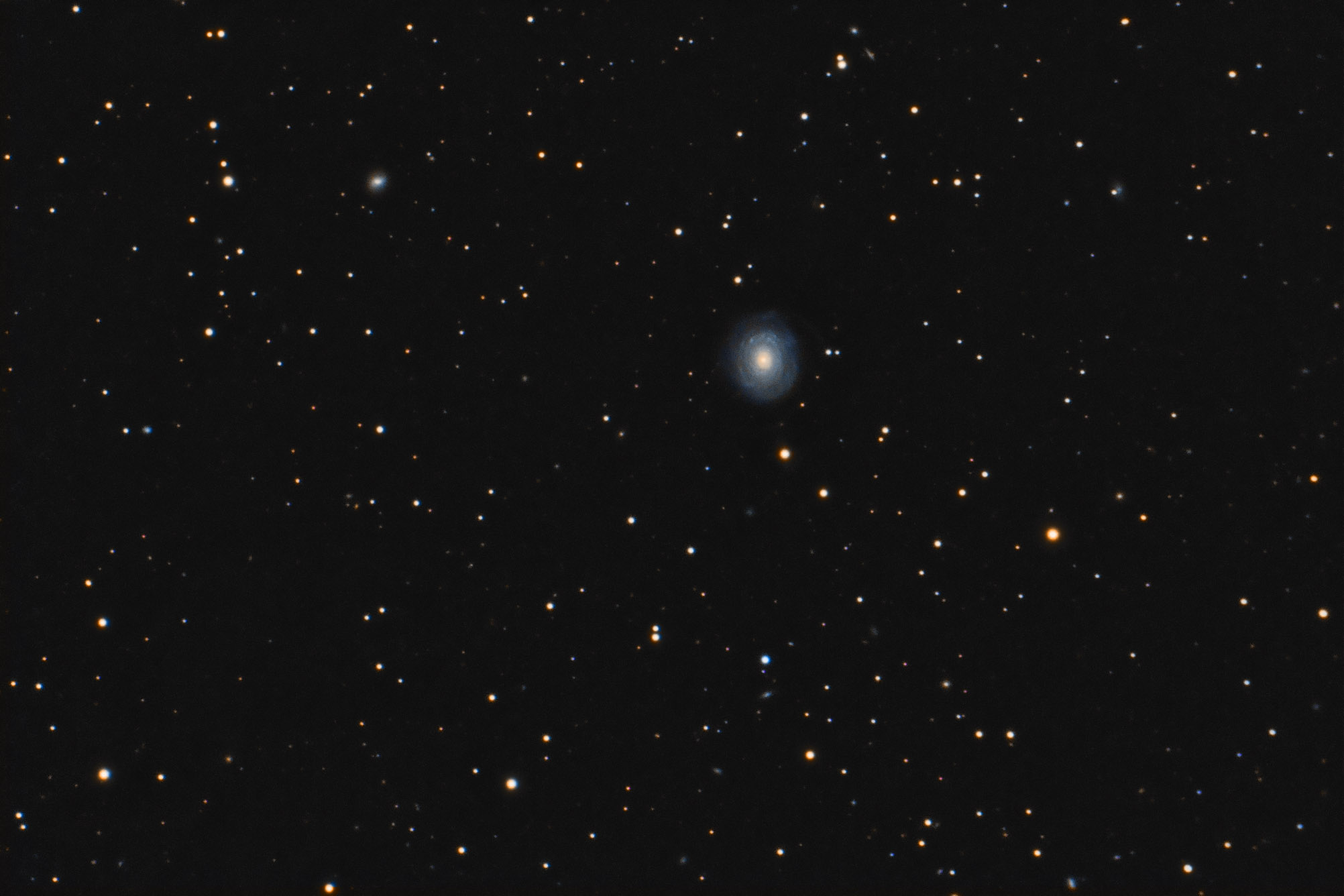 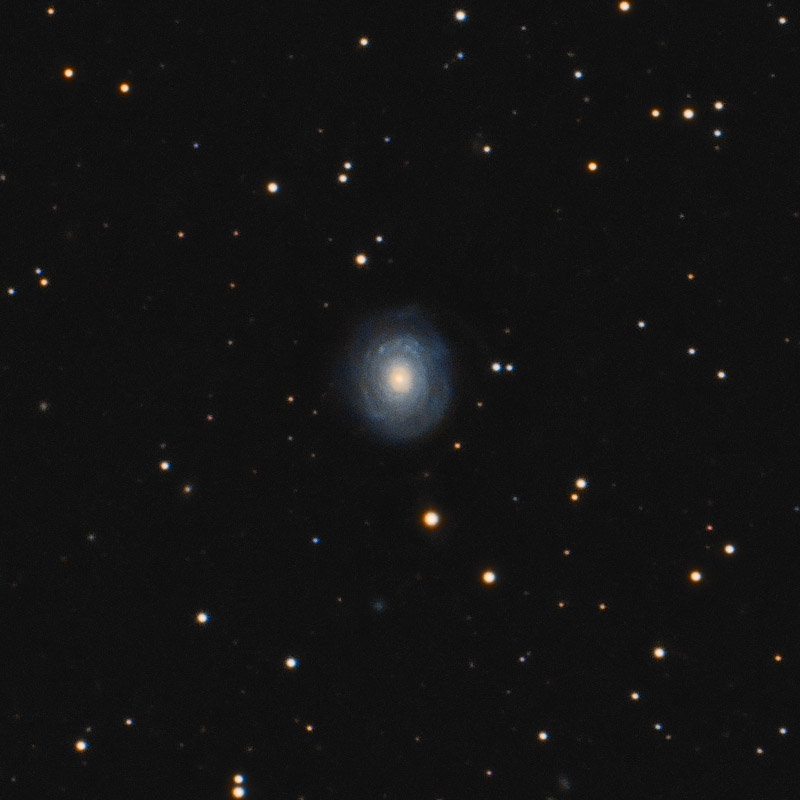 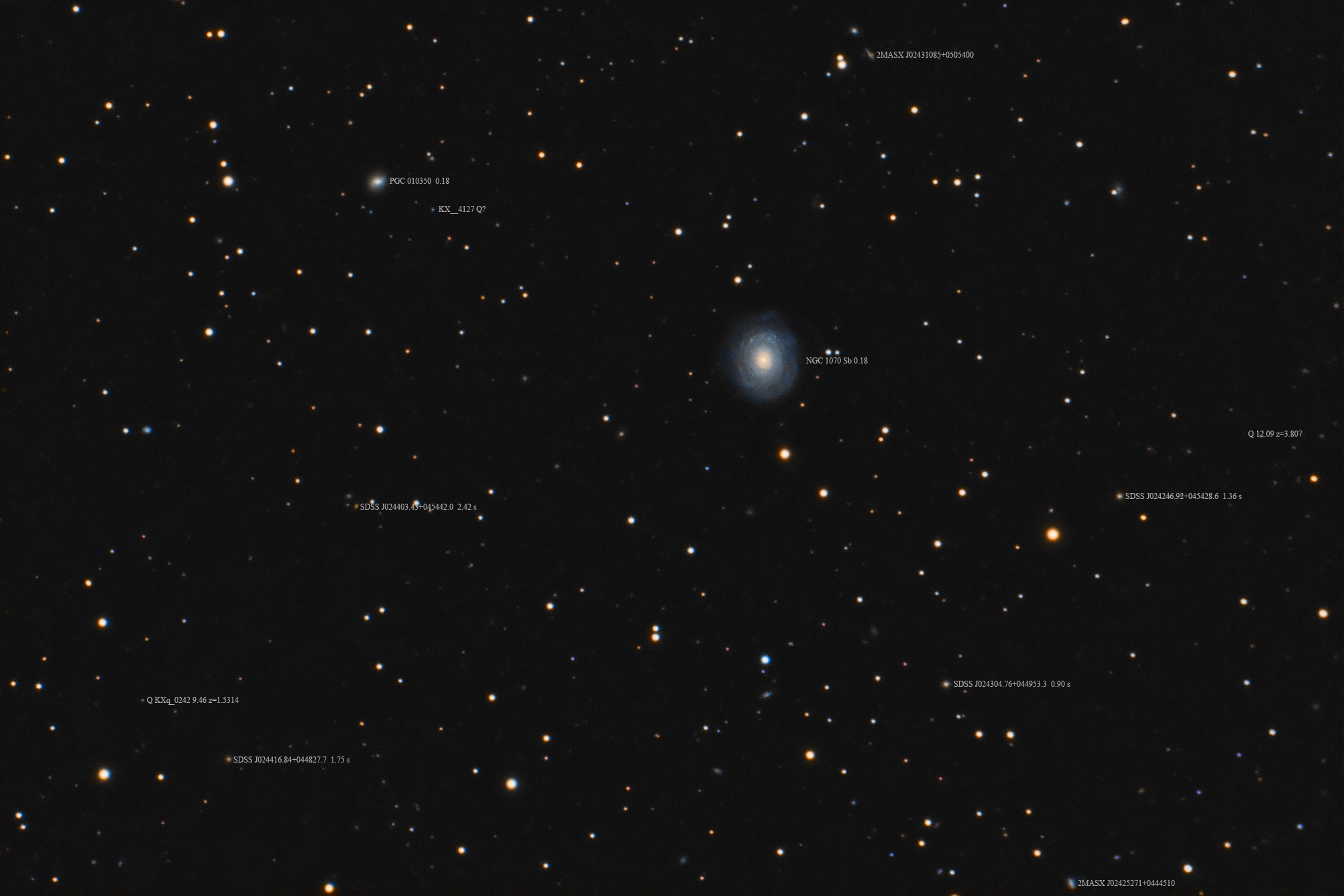