NGC 1154 and NGC 1155 are a pair of galaxies in western Eridanus about 200 million light-years distant. While it isn\'t mentioned in the literature that I can find it does appear they are interacting as there\'s a faint plume that connects the two. I saw a hint of it in the DSS images. It shows up somewhat more clearly in my image. Unfortunately the night I took this had poor seeing so the image is not very detailed. But transparency was pretty good allowing the plume to be seen. At -11 degrees it is too low in my sky for a good image. Maybe someone further south can get a better image of this interaction.

NGC 1154, on the right, is classed as SB with HII emission at NED. The NGC project just says S. NGC 1155 is listed as a lenticular (L) at the NGC project while NED says EL indicating it has elements of both an elliptical and a lenticular galaxy. Since some spiral structure is seen I can\'t quite agree with this classification. Neither galaxy appears all that distorted by the interaction though NGC 1154 is stretched toward its companion. Is the plume due to stars from only one of the galaxies or both? I have no idea. The pair was discovered by Édouard Stephan on December 15, 1876.

Only one other galaxy in the image is listed by NED with a redshift. That is the obvious elliptical to the lower right, PGC 011187. It is unrelated having a much greater redshift that puts it over twice as distant at a bit over 450 million light-years.

I screwed up when taking this image. I had planned on doing it west of the meridian as I had something else to image first. But as conditions were going down I went with it to the east. My notes said to put it high to also pick up MCG -02-08-033, a really neat spiral. Somehow I forgot that I had to put the pair low when on the east side of the meridian. So I not only moved the pair out of the center but missed the third galaxy I wanted to catch. Still, haven\'t caught it. I\'ll try again conditions willing. Its redshift is about the same so might be a member of the system. Another reason I wanted to catch it. 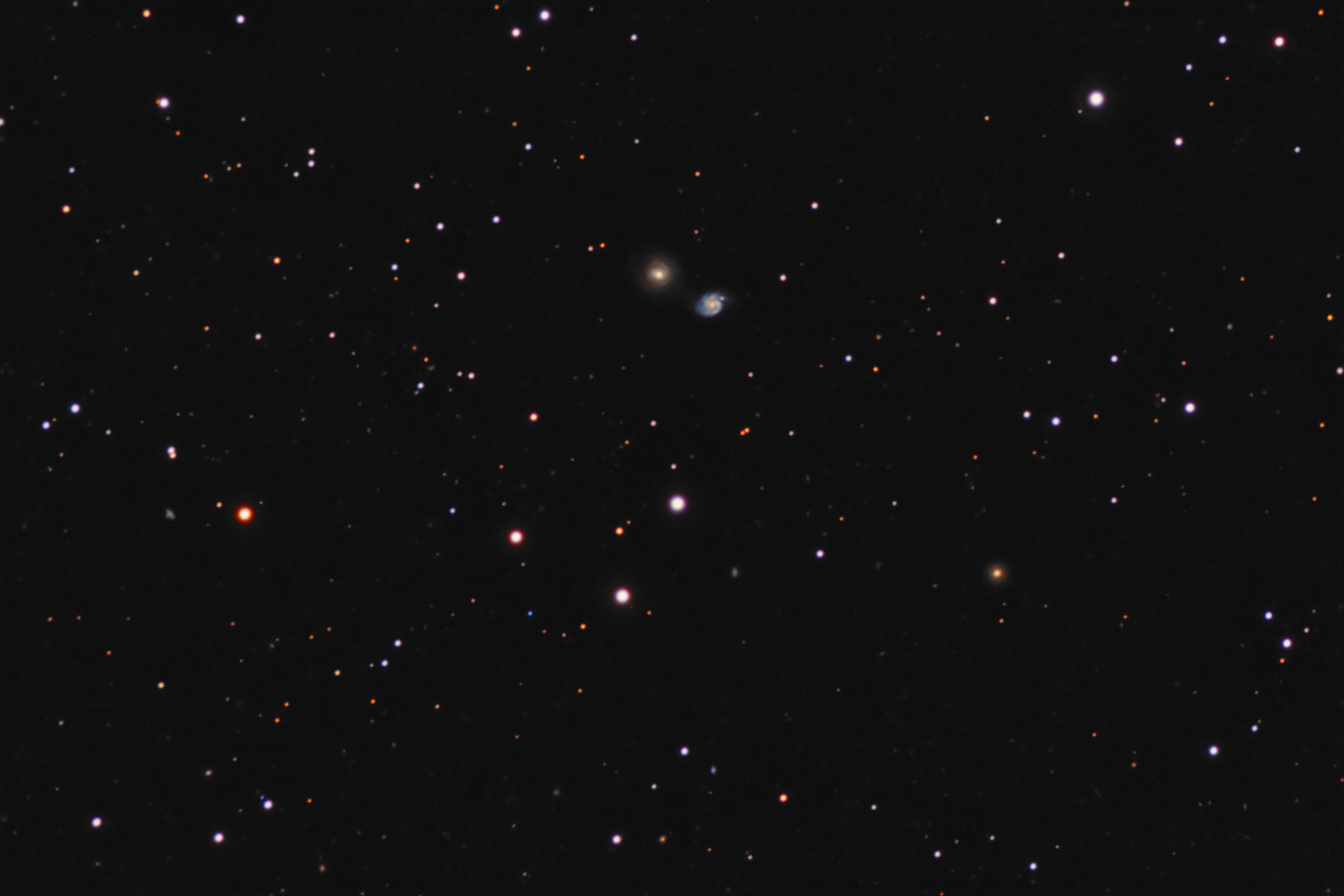 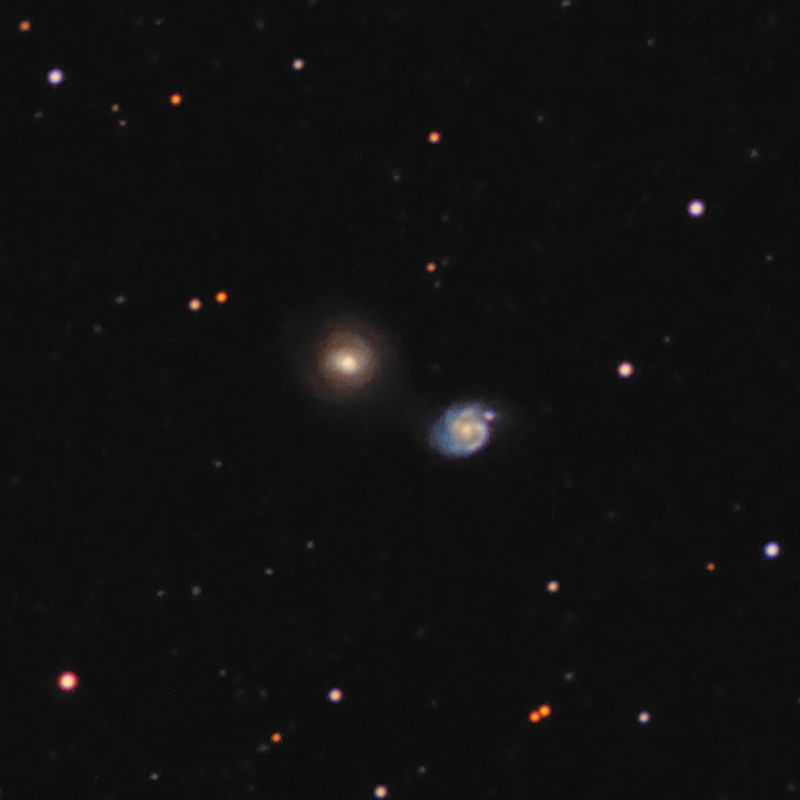