An amateur processed HST image of this galaxy shows many HII regions though several ground based papers talk of only two. So I suppose it wasn\'t surprising my LRGB image failed to pick up any of the H alpha emissions associated with the blue star clusters in my image but for a hint of it near the southwest end of the galaxy. I\'ll have to add some H alpha in the filtered data and see if that helps any. The HST image can be found at:
http://upload.wikimedia.org/wikipedia/commons/f/f5/NGC1156-hst-R658GB625.jpg Big file!

NGC 1156 apparently has an invisible companion, a dark galaxy. These consist of huge amounts of neutral hydrogen seen only in radio telescopes but few if any stars. It too seems to be a dwarf galaxy. Other than that NGC 1156 appears to be traveling alone through space.
http://www.spacedaily.com/reports/Arecibo_Survey_Produces_Dark_Galaxy_Candidate.html

Only 2 other galaxies in my image have any redshift data so I didn\'t prepare an annotated image. The \"large\" galaxy near the right edge a bit higher than NGC 1156 is UGC 02442 at about 460 million light-years. Near the top right are a pair of galaxies, the upper a quite red spindle. Below it is V Zw 298 also at 460 million light-years. The red spindle is 2MASX J02584323+2524381, an infrared emitting galaxy. No redshift data is available for it, however.

To the southwest of NGC 1156 is an interesting, apparently very distant, curving chain of galaxies. They aren\'t listed at NED so I can\'t tell you anything about them. 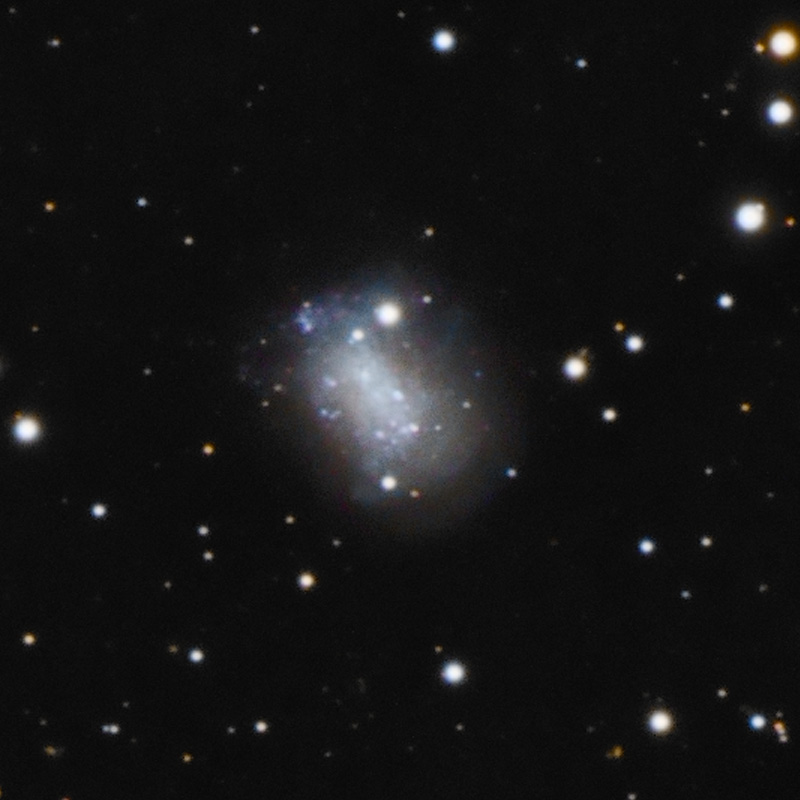 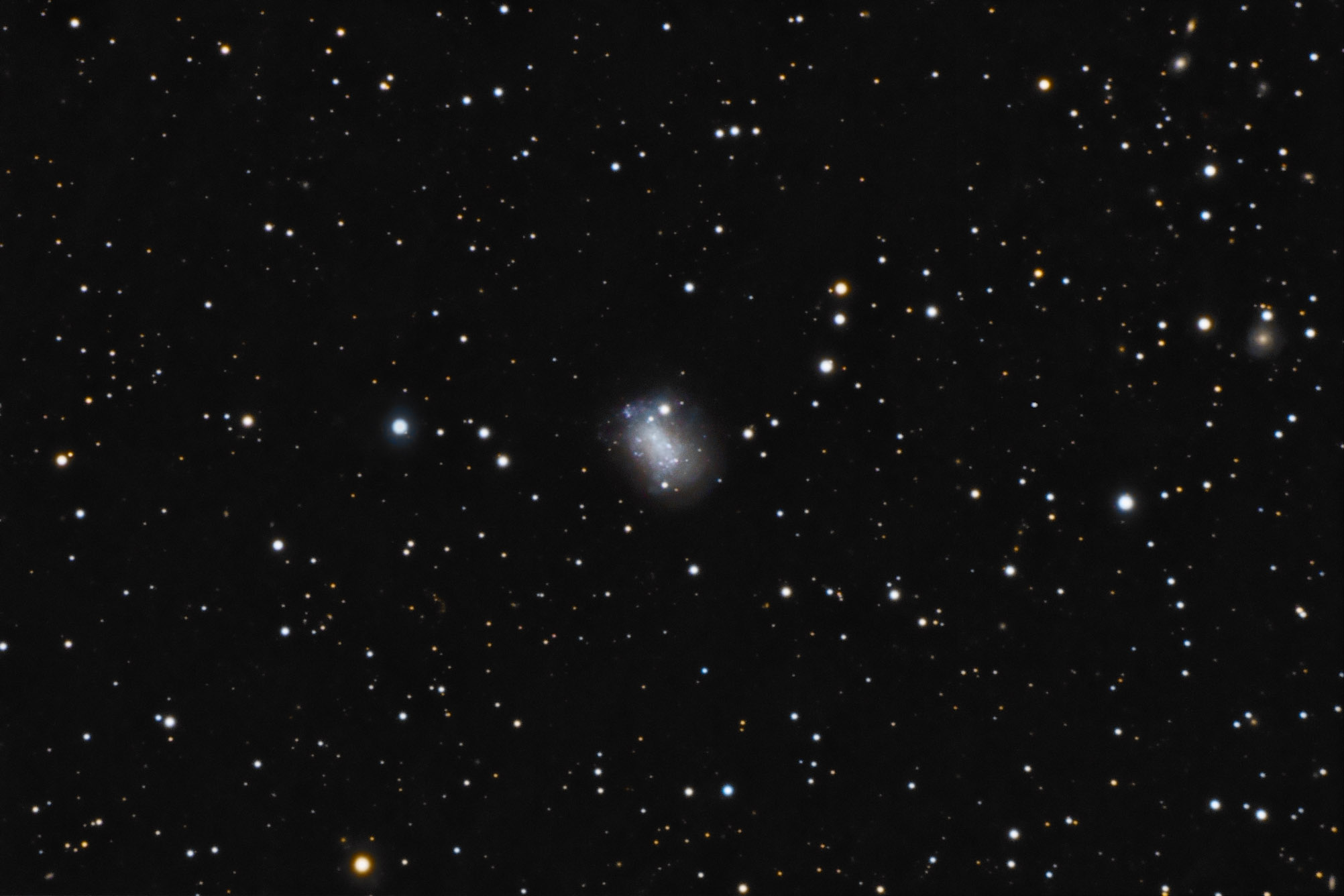