NGC 1160 and NGC 1161 are two galaxies in Perseus. They don\'t appear to be interacting and have rather different distance estimates. NGC 1160 is classed as SBc in one place at NED and Scd another. Notes at NED also say it isn\'t barred and go with the Scd label though the NGC project says it isn\'t barred it does differ saying it is Sc. I see a hint of a bar in my image so will say it has a bar. Redshift puts it at 110 million light-years while other measurements cluster around 100 million light-years. Rather good agreement.

NGC 1161 surprised me when I started to process it. NED and others all say it is S0, LINER and Sy2 (some say 1.9) galaxy with HII emission. I expected a rather featureless oval. But it turns out to have a rather interesting absorption ring in its disk. Even more surprising is the HST image of the region inside this absorption ring. HST resolution shows the inner disk to be very flocculant. Not at all what I expected. I\'ve attached a mono image from data at the HST Legacy site. I don\'t know who processed it. It wasn\'t me. NGC 1160 is a rather flocculant galaxy as well. I knew that going in but finding NGC 1161 is as well came as a surprise. NGC 1161 has a redshift distance of about 80 million light-years. I found no other distance estimates for it.

Both galaxies were discovered by William Herschel on October 7, 1784. NGC 1161 is in the second H400 observing program.

NED has little distance data on the other galaxies in the field with only two others having this information. Rather than just label those two I labeled every one that NED listed. For some reason, NED doesn\'t include the extended PGC catalog. Some of those galaxies are in The Sky but not NED which I used. Some of these are labeled with a question mark. 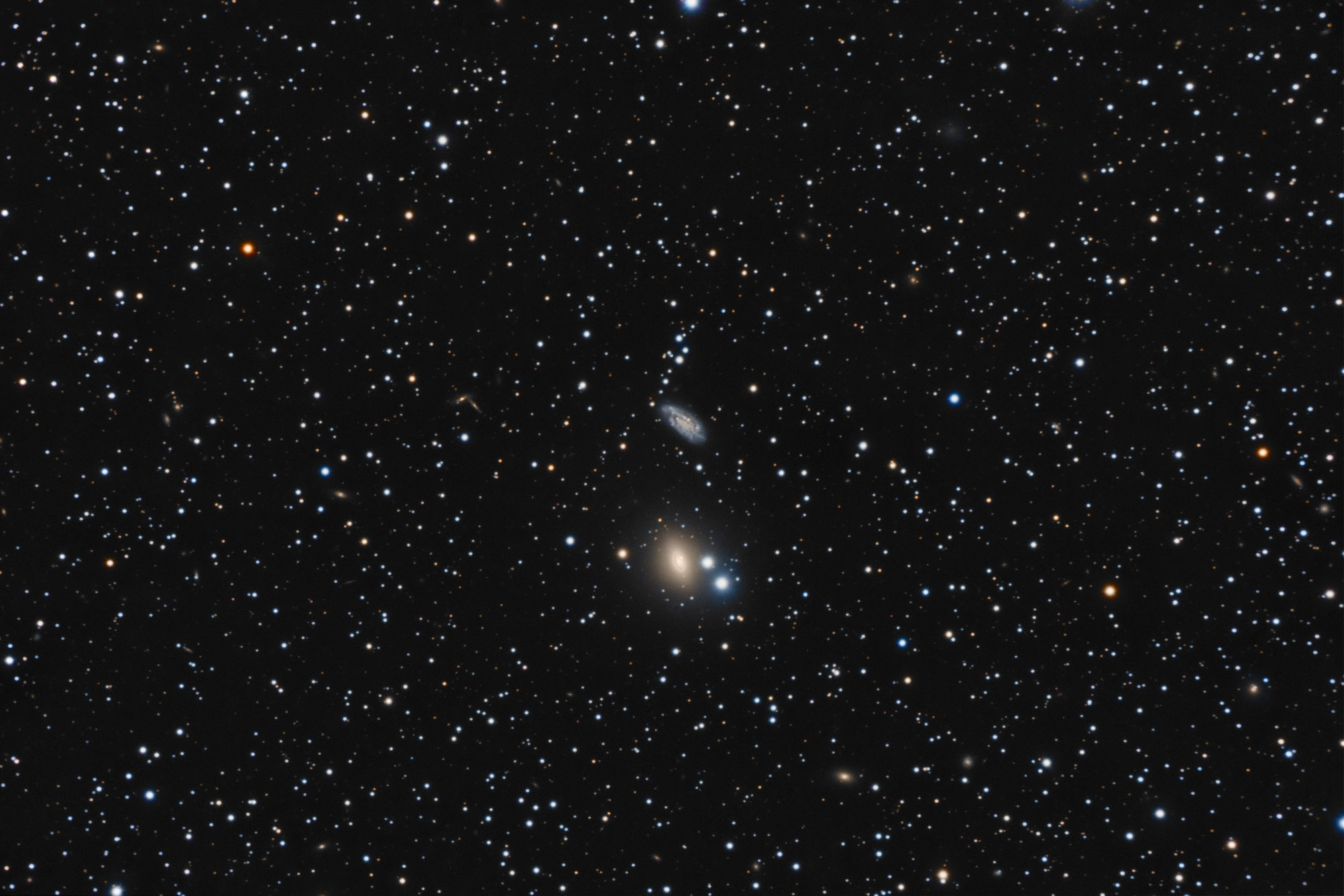 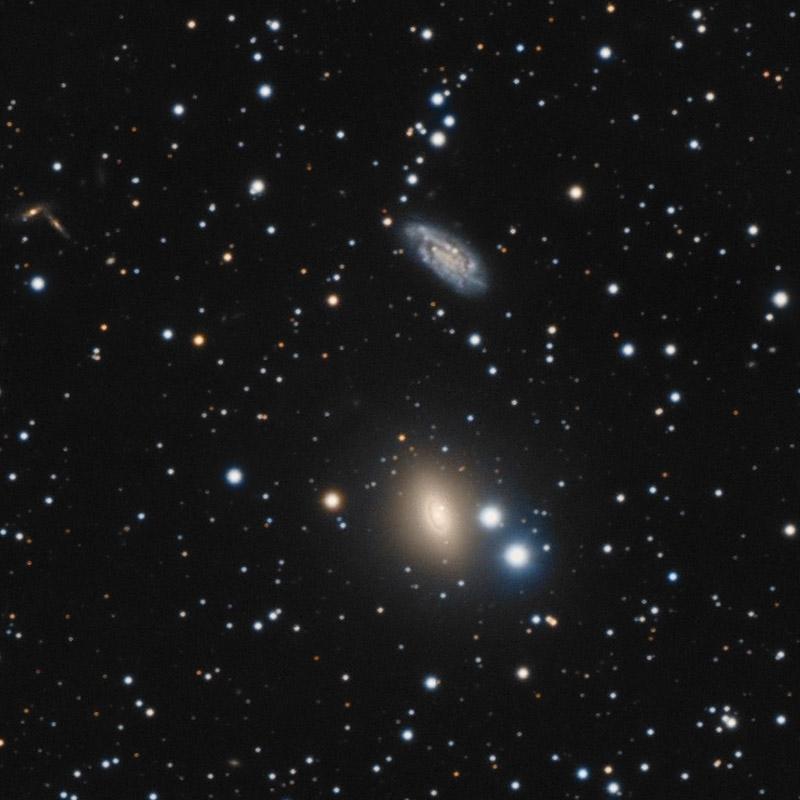 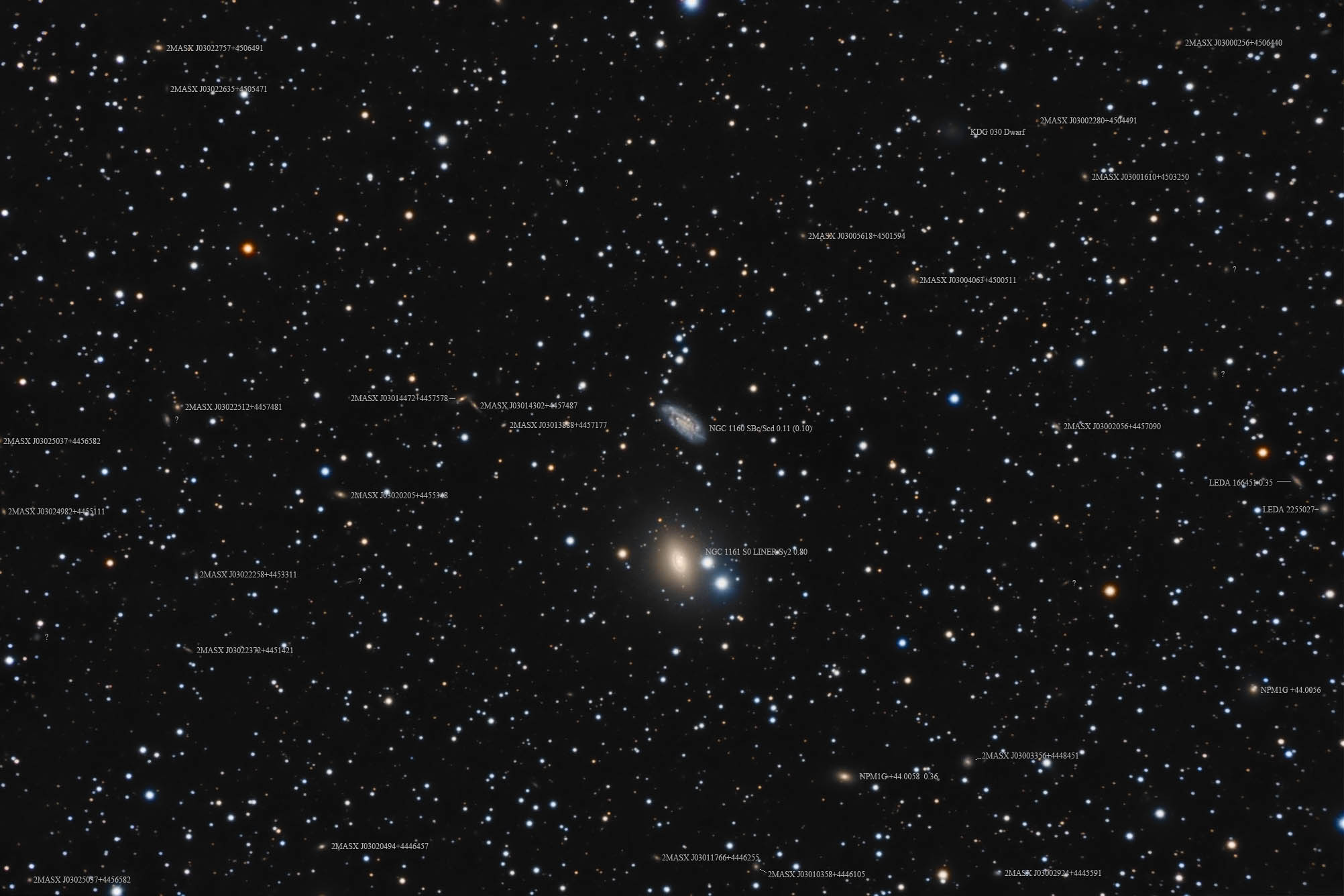 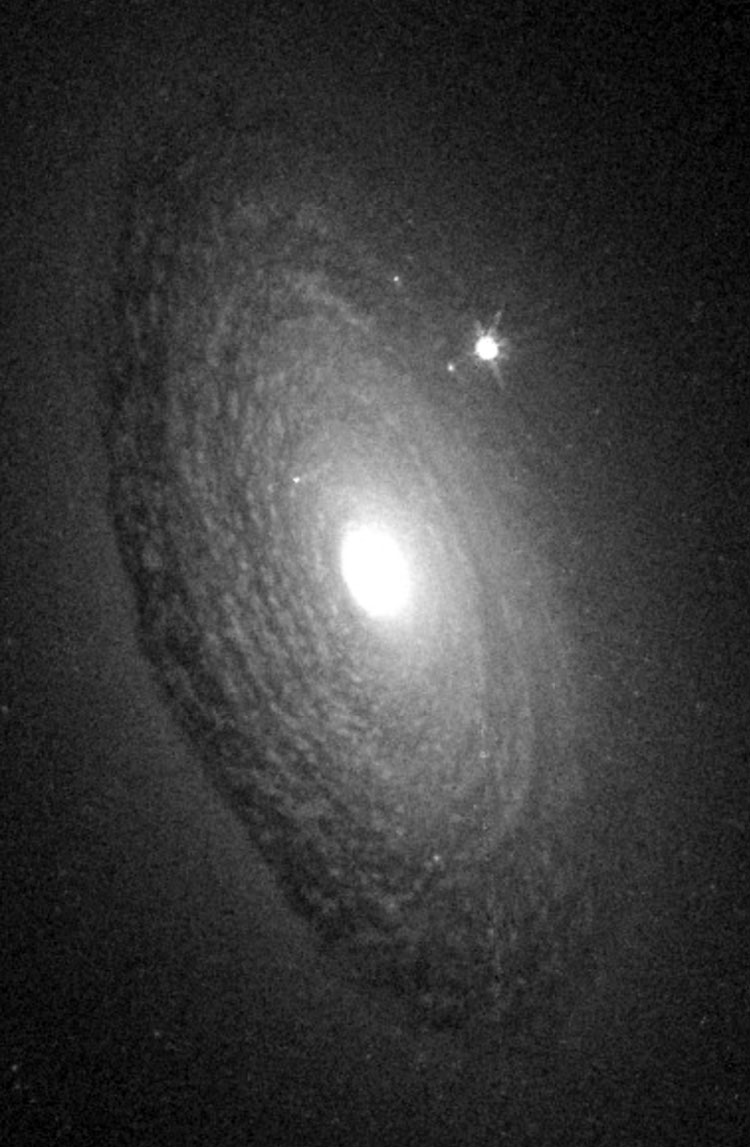