I spotted NGC 1169 on many web photos taken with wide angle lenses of Comet Holmes. It showed as a faint yellowish blob on these photos. I decided to see what it looked like. This is taken through the Milky Way\'s dust lane that blocks light from most distant galaxies. It is rather surprising to find any in this part of the sky. In fact, it is often called the \"Zone of Avoidance\". Galaxies don\'t avoid this area, they just can\'t be seen through it. Apparently, there\'s a hole in the dust in this zone that allows this guy and many more distant ones through. The clue there\'s still a lot of dust is the yellow color. Spiral galaxies normally have very blue arms caused by the newly formed hot blue stars that make up the arms. But Milky way dust scatters most of the blue light preventing it from reaching us and turning the galaxies toward the red end of the spectrum. Note this has nothing to do with \"Red Shift\". This is the same scattering of blue light that causes our sun to appear orange or red at sunset. Seen through a lot more atmosphere the blue light is scattered away turning it red. All the galaxies in this photo have nearly the same yellow-orange color indicating the dust is pretty much the same density and of the same particle size all across the image. NGC 1169 was discovered by William Herschel on December 11, 1786. It is in the second H400 observing program.

The only other one I bothered to look up is the one at the far right below center It has a mouthful of a name HFLLBZOA K547
HFLLBZOA stands for Hav, Ferguson, Lahav, Lynden, Bell Zone of Avoidance Galaxies. 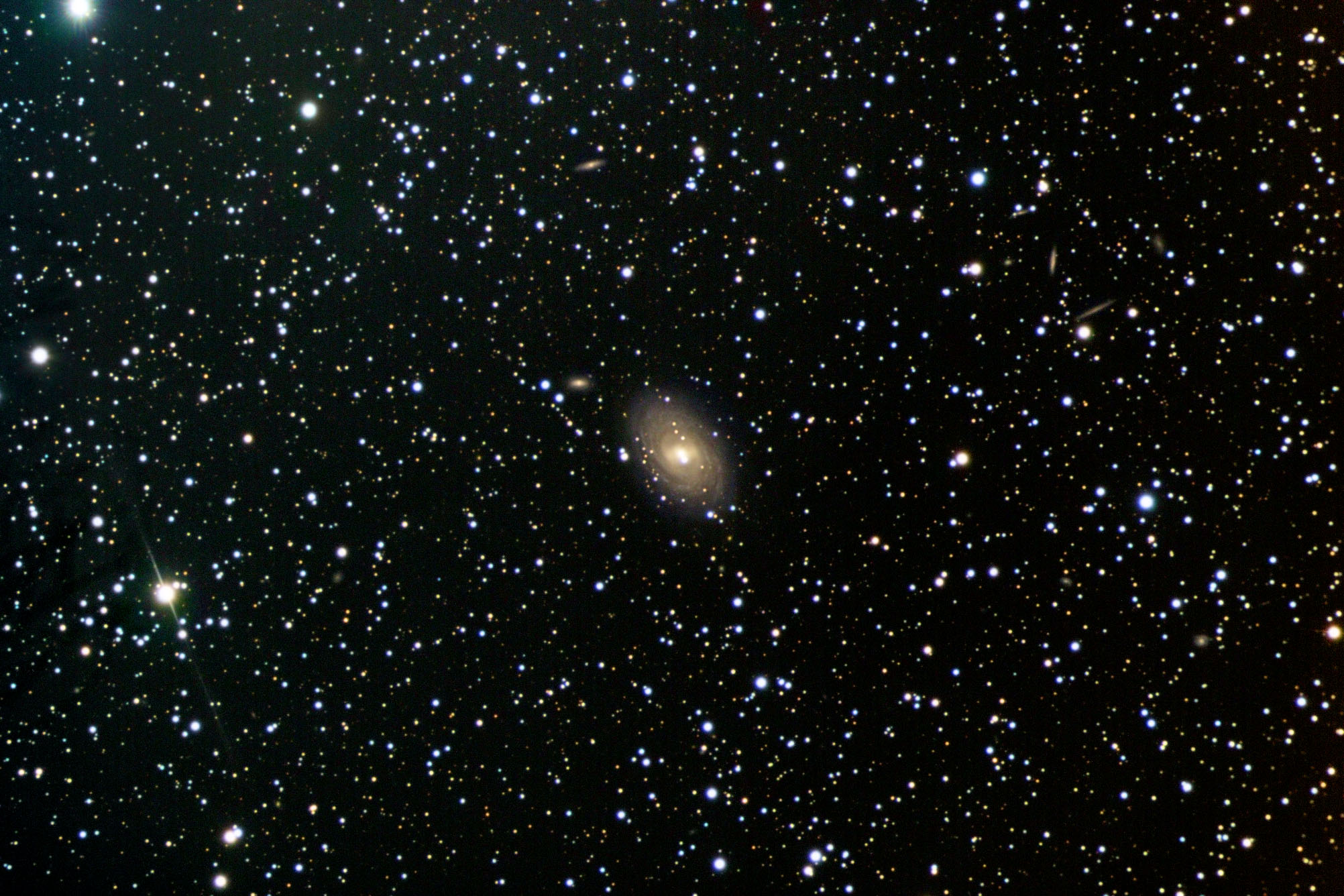