NGC 1342 is an open cluster in southern Perseus about 6 and a third degrees west of the far more famous California nebula. Like much of Perseus it is embedded in some dust. The night I took this data the sky was full of floating ice crystals with the temperature near -30C. These act like a thin fog brightening the image considerably while adding a haze around the brighter stars. I was surprised any of the dust survived this treatment. I\'d hoped for more data to pull in the dust but the sky quickly went bad and I never got back to it again. This will have to do.

WEBDA puts the cluster at about 2170 light-years and gives an age of 450 million years. Its old enough that some of the more massive blue stars have died and turned to white dwarfs while others, a bit smaller are now red giants seen in the cluster along with the still \"youthful\" massive blue stars that so dominate the cluster. It was discovered on December 28, 1799 by William Herschel. It made the original Herschel 400 observing program. My visual notes from September 10, 1985 under poor transparency due to heavy humidity along the lakeshore where the scope was set up reads: \"Large bright (easy in a dew covered 8x50 finder) star cluster. Very irregularly shaped. Consists of strings of bright stars arranged in helter-skelter fashion. A very different appearing cluster!\" I sorta see this in my image. Though none of the dust was mentioned so likely not seen.

There\'s one asteroid in the image, (778) Theobalda at an estimated magnitude of 13.7. it is a short, nearly vertical multicolored streak in the lower right part of the image. I have no idea why the green filter is so bright compared to the red and blue unless the asteroid was so bright in the luminance it bled into the green. I originally thought a star might be there but none is seen in any survey image I looked at. It\'s steep downward and a bit east motion indicates it had just recently changed from retrograde motion to its normal eastward motion. It was discovered January 25, 1914 by Franz Kaiser and named for Theobald Kaiser, his father. He did his Ph.D. At Heidelberg-Königstuhl Observatory which was a center for asteroid discovery. He discovered several while working on his degree but I can\'t find how many. Asteroid 3183, found by Karl Wilhelm Reinmuth (he was a grad student when Franz was but stayed on after getting his degree) on August 2, 1949, is now named for him as (3183) Franzkaiser. Earlier Reinmuth found many other asteroids, one of which he named (1111) Reinmuthia for himself, a practice not allowed today. He does, however, deserve this as he found nearly 400 asteroids between 1914 and 1957. He died in 1979. OK a bit of overkill on the asteroid but there\'s nothing else in the image I found worth mentioning. 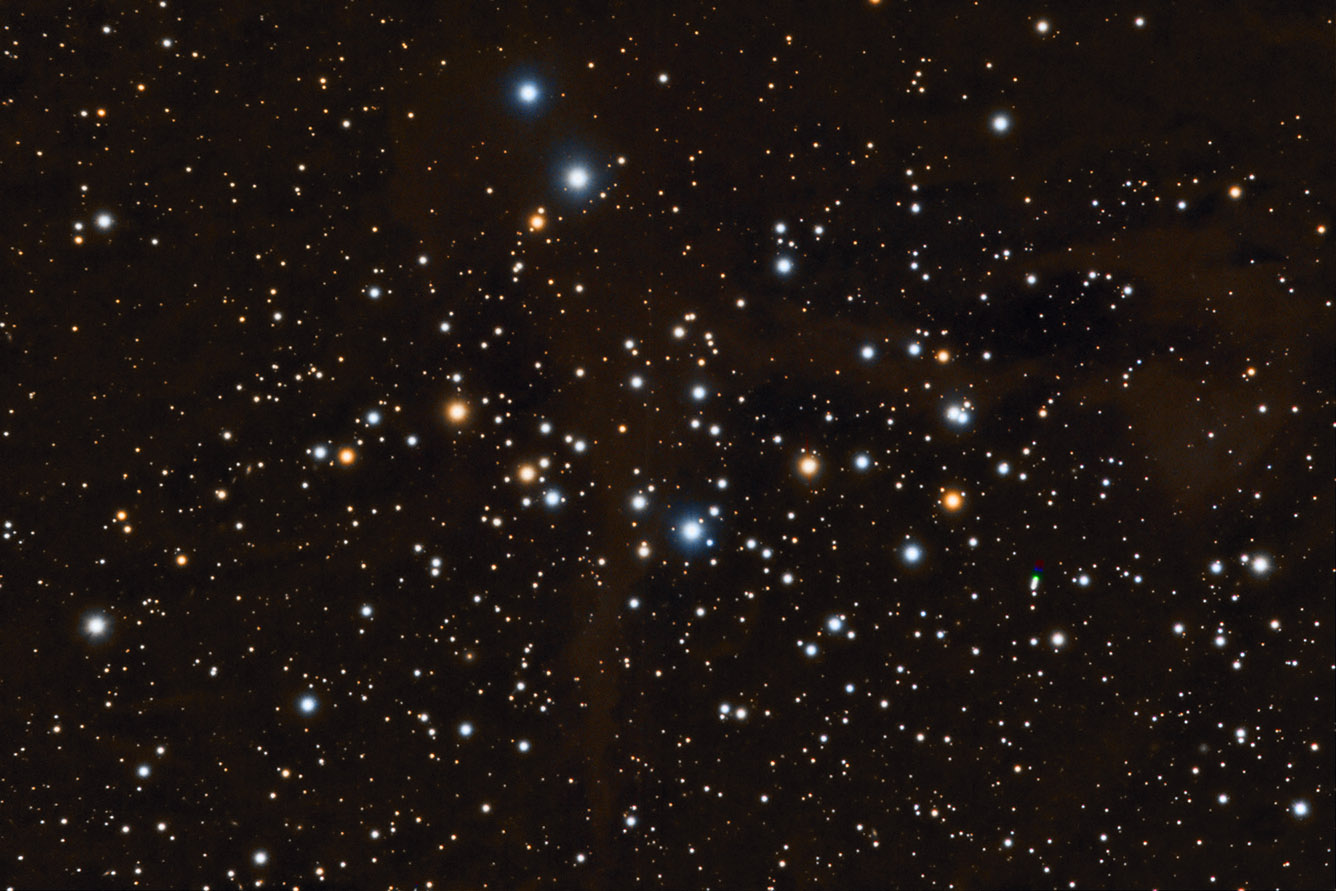