Normally I can\'t image above 70 degrees north due to my Polaris tree. It\'s width and height make that impossible. On the west side of the meridian, I\'m blocked down to 65 degrees in fact. So it takes some planning to catch objects near that 70 degree limit. But one day I noticed a hole in the tree that I could image through. A bit of calculation showed I could catch a 75 degree north object for 20 minutes in that hole if I imaged 7 hours before upper culmination (when it was highest in the sky on the meridian). There was one very odd galaxy I\'d wanted to image but couldn\'t because of its 75 degree declination. A quick calculation when I found the hole a couple months ago, showed the galaxy would soon be in that hole while it was dark. But it would take 5 nights to capture enough data if I used the full 20 minutes. Most nights, due to the time it took to set up once it moved into the hole and could be seen and focus obtained I could only get one 10 minute frame. Some nights I pushed too far and it moved out of the hole. The diffraction effects of pine needles does odd things to stars and really colors the glare halo of bright ones. Guess it was these very odd star shapes and color fringes that caused me to forget it. But the galaxy, NGC 1530 is really interesting. It should remind you of NGC 3718. But while the two seem about the same size NGC 1530 is twice as far away at a bit over 100 million light years so is a much larger galaxy. But it doesn\'t have a companion nor does it have a Hickson galaxy group in the field. NGC 3718 is an Arp galaxy while this, to me, more interesting one, isn\'t on his list. It appears to be a tiny spiral galaxy within a much larger, highly distorted, barred galaxy. The two dust lanes of the bar hit the spiral and literally spiral into the core. Papers I\'ve read indicate matter is flowing into the core down these two dark lanes and feeding star formation in the mini spiral part of the galaxy.

Edit: The galaxy was discovered by Wilhelm Temple in 1876. It is located in Camelopardalis. I measure its size at a bit over 150 million light-years. It is classified as SB(rs)b though that is not accepted by all sources. The long drawn out arms are interesting. Sometimes this is due to interaction with another galaxy. If so which one? I found no answer to these questions. 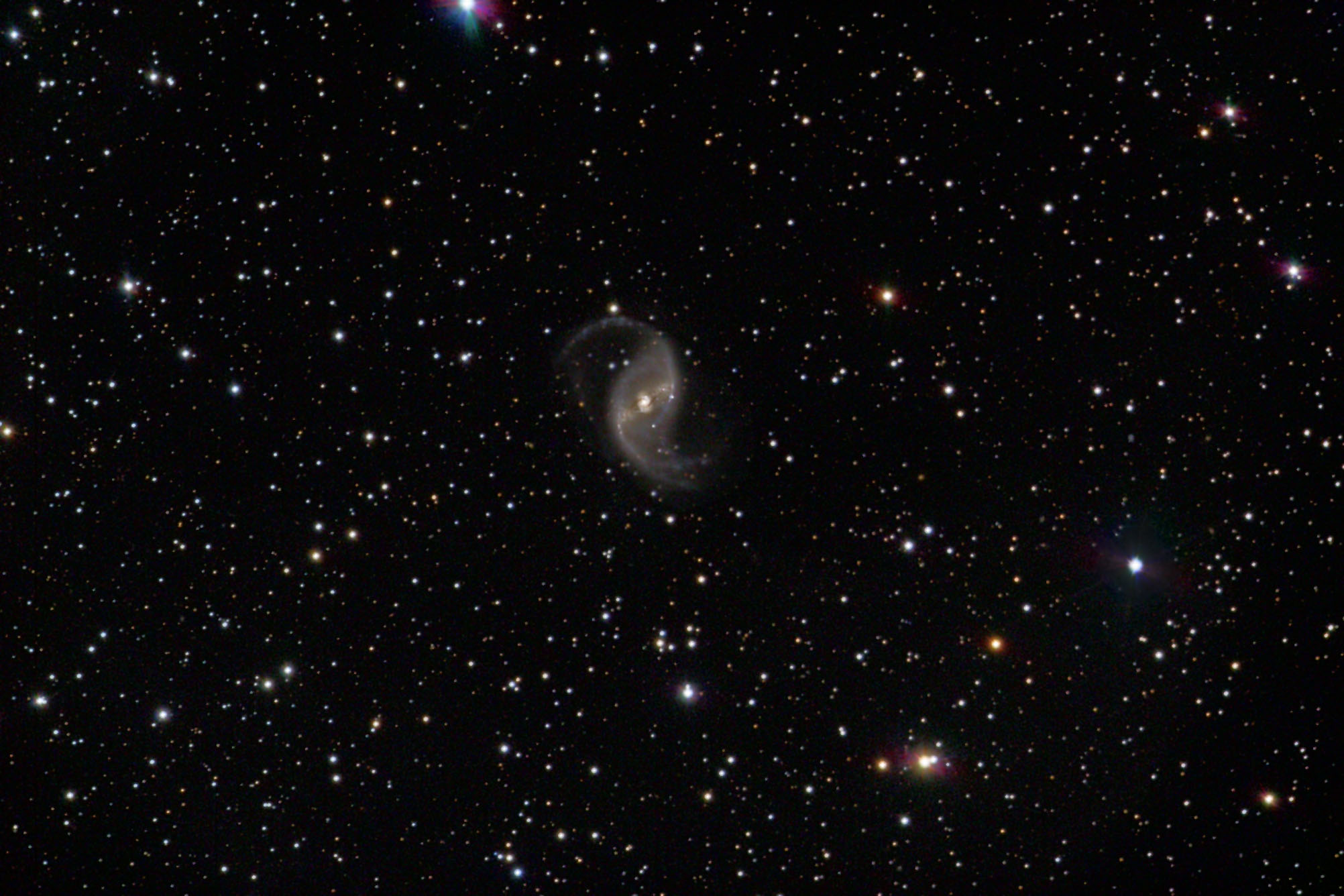