NGC 1560 is a spiral galaxy above my 70 north limit due to my Polaris Tree. But only by a degree so it\'s only in the very edges of the tree for much of its circle around the pole. By taking 5 hours of data with it east of the pole I was able to find 3 L images, 2 red, 2 green and 3 blue that weren\'t too bothered by pine needles. They still made for some interesting halos around bright stars and color prism effects to those halos. I\'ve removed these the best I can. The picture looks noisy but I think it real and due to the IFN. It is located in a part of the sky known to have IFN but I didn\'t expect only 30 minutes of data to bring it out like this. It just barely shows in the DSS plates and then only if you really stretch the heck out of them but the brightest parts match my image so not all the fuzz is due to pine needles.

NGC 1560 is classed as an SA(s)d spiral. It is located in the constellation of Camelopardalis (a giraffe not a camel) I have seen several distance estimates ranging from 7.5 to 16 million light-years. This close redshift is worthless. In fact, it has a blue shift meaning it is approaching us. Most sources seem to average out at about 10 million light years. The problem is how to take into account the dimming due to looking through all the dust and gas of our galaxy. Different estimates of this dimming give different distances.

Edit: Some sources list it as IC 2062 as well. This is incorrect. IC 2062 is just the nearest rather bright blue star in my image right and a bit up from the core of the galaxy. I measure it at being a quarter degree long which would make it about 43,600 light-years in size. I see hints that it goes much further but due to my limited exposure time due to the Polaris Tree it may just be noise or IFN. Another for the unlikely to happen retake list. The galaxy was discovered by Wilhelm Tempel on August 1, 1883. Guillaume Bigourdan is responsible for thinking the star, IC 2062, was a nebulous object on December 23, 1891. 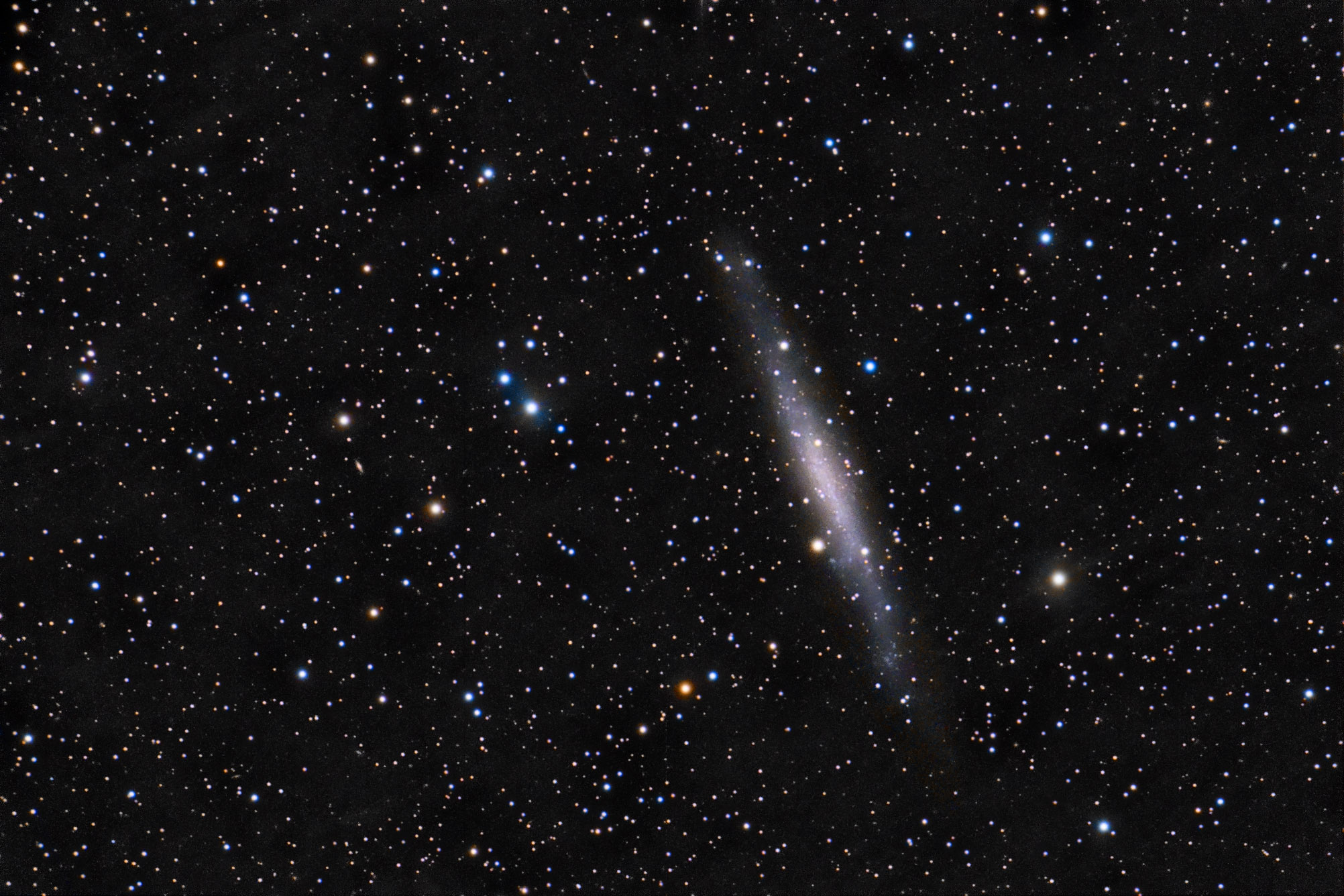