NGC 1637 is a rather nearby somewhat \"sloshed\" galaxy in northeastern Eridanus. \"Sloshed in the sense of asymmetric much as a raw egg becomes sloshed back and forth in a frying pan with the yoke off center. I\'ve seen it called a three arm galaxy though to me it has only two arms that come off a bar. The north one short going 180 degrees and not expanding all that far from the core though it ends in an odd straight segment. The other however makes a huge 360 degree arc passing over the much smaller northern arm. Much of this arm is rather red in color indicating its stars are rather old. How such an old arm without new star formation to keep the density wave going that forms the arm can exist for so long is a puzzle but one many red spirals have that are even older than this galaxy.

NGC 1637 was discovered by William Herschel on February 1, 1876 with an 18.7\" reflector. It is one of the second Herschel 400 objects so made my list for both being unusual and being on that listing of the second 400 in that AL observing program.

Seen faintly, the galaxy has a huge halo around it that is quite blue and thus contains mostly very new stars. Most images of this galaxy fail to pick up this as it requires a lot of exposure time, a lot more than I gave it. I saw a hint of it when I started to process the image but wasn\'t going to try and bring it out as it would be very noisy. Then I remembered an article in the March 2014 issue of Astronomy Magazine (the American magazine not the English magazine of the same name) by Adam Block explaining a Photoshop technique I\'d not seen before for bringing up such plumes without increasing noise significantly. It is very quick and easy to apply. Nice to add a new trick to my bag of processing tricks.

This is yet another field in an area little studied for its galaxies. While there are a lot of background galaxies only 3 had any distance data so the annotated image is rather sparse. 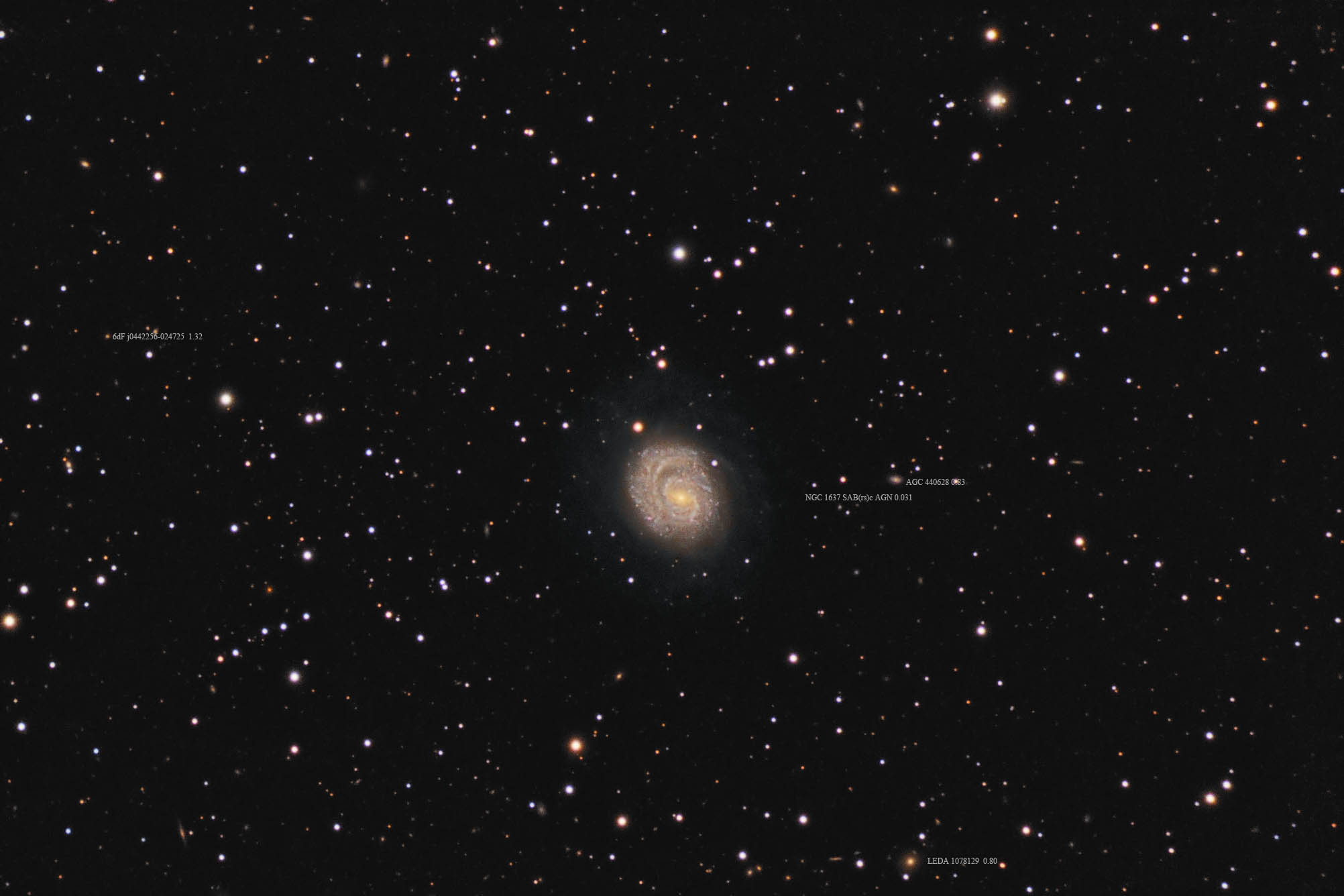 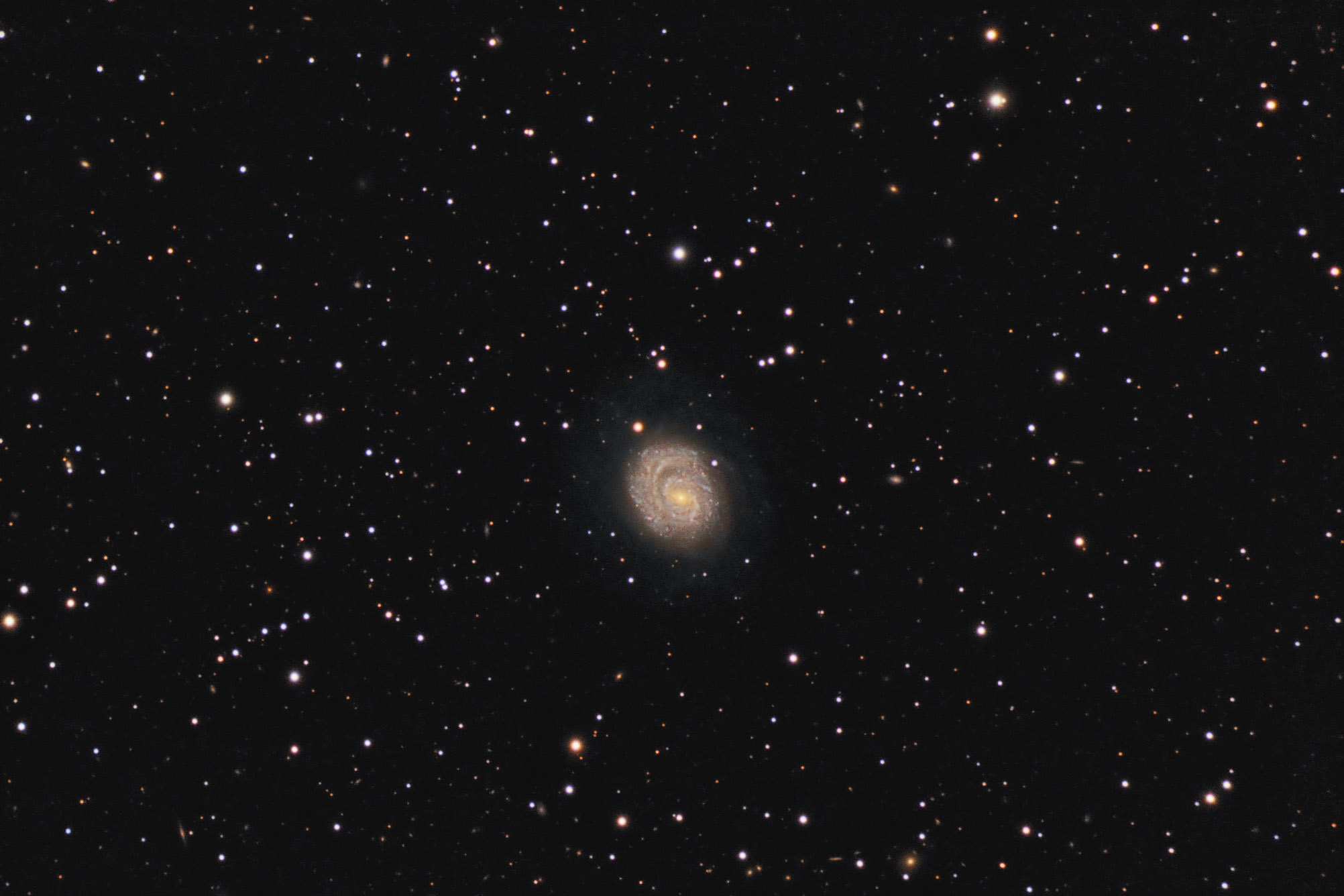