NGC 1817 is an open cluster in eastern Taurus just above Orion. It made my list being an object in the original Herschel 400 observing program from the Astronomical League. I logged it on February 29, 1984 from in town (Lincoln, Nebraska) on a poor night. My comments 65x read: \"Not much of a cluster but better than NGC 1807 in the same field. I only saw 12 stars of the 16 mentioned in the AL booklet. Out of town without the haze, the others would likely show but not worth the effort.\" When I posted my image of NGC 1807 I\'d not taken this one. I put it on the \"force list\" which overrides nearly everything to take it. Considering how poor it is, at least for my field of view and aperture, I\'m rather sorry I did as imaging nights are few and far between of late. William Herschel discovered this cluster on February 19, 1784. He was obviously more impressed than I was saying it is a \"cluster, large, rich, a little compressed, stars from 11th to 14th magnitude.\"

WEBDA puts its distance at about 6,400 light-years and its age at 410 million years. This would be old enough that its biggest stars could be red giants. I found distance information on only two stars, the brightest blue star to the upper right was listed as being only 281 light-years distant and the orange giant down and a bit to its left at 100 light-years. If right, none are cluster members. WEBDA shows the cluster reddened by a third of a magnitude. Not enough to make much of a difference in its star colors.

While there are quite a few background galaxies only one has any redshift data at NED. It is the spiral at the bottom center of my image. It is LEDA 097080, an Sa spiral at 250 million light-years. 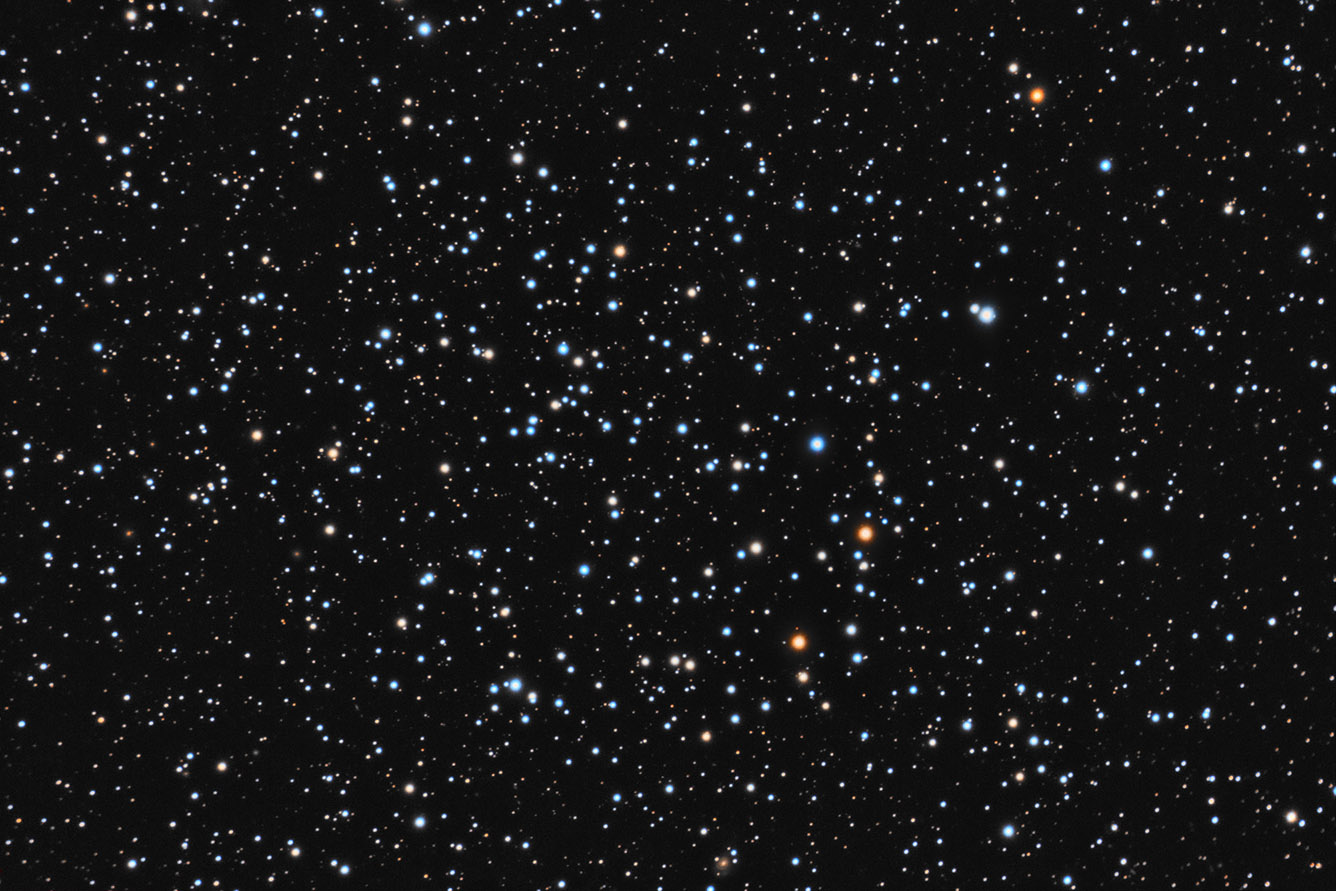