NGC 1819 is an SB0 starburst galaxy in Orion that I\'ve wanted to take for several years. I finally got a chance in December of 2012 but the night was poor for transparency and not so great for seeing. Still, I was able to get a bit of the detail in the very odd core region. The outer faint parts were mostly lost to low transparency which has been a plague here for months. Redshift puts the galaxy some 200 million light-years distant. Study of a type 1A supernova, SN 2005e1, puts its distance at 195 million light-years, very good agreement! At this distance, there aren\'t many good images around of this one that I was able to find. Best was by John Shuder taken not long before my image. See: http://www.pbase.com/jshuder/image/141511136/large and click on the original size button. His color data wasn\'t lost in the haze as mine was. I\'d wanted to try for some H alpha data on this one due to a note at NED but that wasn\'t possible in the poor transparency conditions I had that night. I never went back to try again, unfortunately. Here\'s the note: \"NGC 1819. An SB0 galaxy, the H{alpha} image [Fig. 1(c)] reveals a small ring of very bright H II regions in the inner regions, well within the stellar bar. The ring of H II regions is dominated by two bright complexes roughly opposite each other across the ring, and the rest of the ring is filled in by fainter regions. The two bright complexes are sufficiently luminous for this galaxy to be identified as a UV-excess source (Mrk 1194; Markarian et al. 1979). There is no suggestion of any nuclear emission source, nor are any H II regions detected further out in the disk. The bright inner ring resembles what is seen in the anemic SBa galaxy NGC 4314 (Benedict 1980), but NGC 1819 is of an earlier Hubble type and considerably more luminous (M_B_^0^ = 22.1 compared to -18.7 for NGC 4314).\"

If the horizontal band in the core is a dust lane then it is highly rotated from where I\'d expect it to be. But it might just be an illusion caused by the various, tiny in angular size, structures in the core and not a true dust lane. Either way, it is a very unusual core structure likely related to the starburst activity which may be creating the blobs in the core. So far I\'ve not been able to get an image of the mentioned NGC 4314 which is a much closer galaxy and not nearly as detailed, maybe I can next year. It\'s too far west for this year. It was discovered on December 26, 1885 by Lewis Swift.

NED has little detail on the many faint fuzzies in the background. Only two of the brighter ones were listed with redshift data. Those were at 1.36 and 1.37 billion light-years so likely related. They are small red blobs to the northwest of NGC 1819. I didn\'t bother to make an annotated image for only two other galaxies.

The asteroid to the east of NGC 1819 is (44192) 1998 ME2 which the minor planet center predicts was 19.0 magnitude that night. This estimate seems reasonable given my poor transparency.

For those who wish to image this one, note the core detail will require a bit of work to bring out. Most basic DDP or stretch routines will just create a bright blob for the core erasing all but a hint of the detail it contains. It will likely take a lot of work to bring out the detail it contains. I had to process twice, once for everything but the core then another version for just the core then combine the two much as I would when taking long and short exposures of say M42 to bring out the trapezium region. I suppose masks would work just as well but I prefer my method. 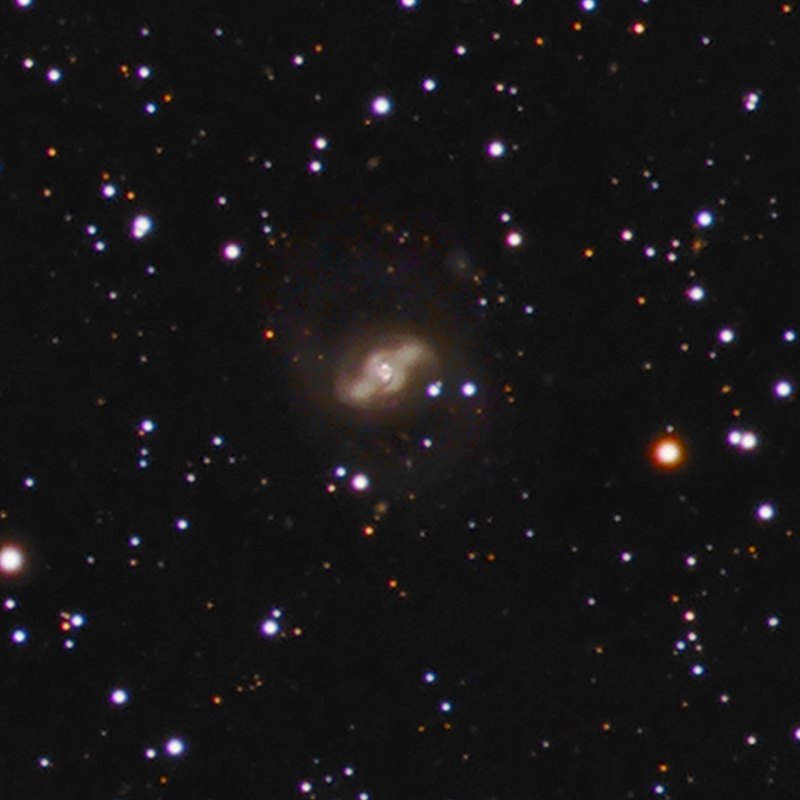 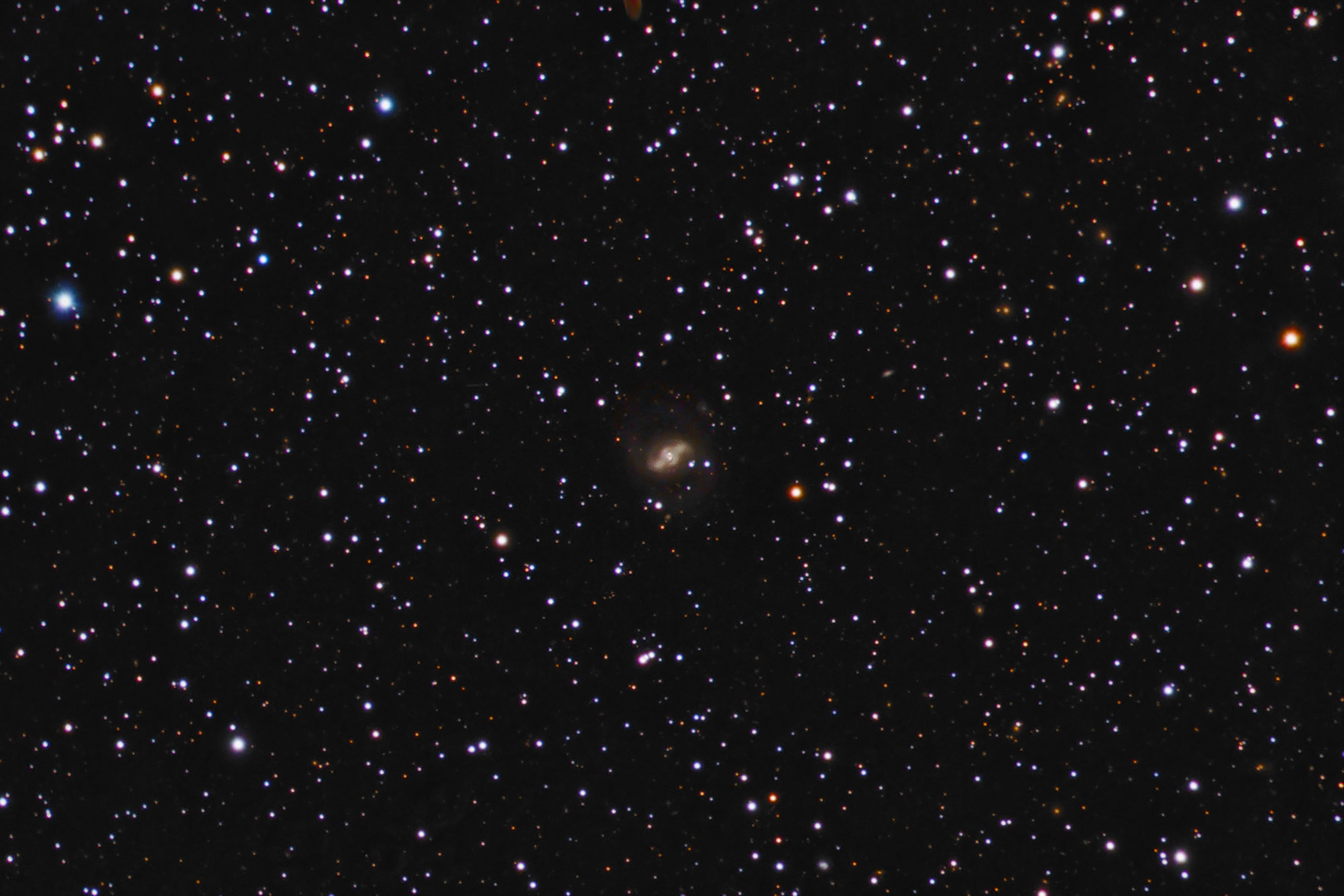