NGC 1857 is a small open cluster in Auriga about 18,700 light-years distant according to WEBDA. It is an original Herschel 400 object which put it on my to-do list when nothing better was in position. In this case, weather was poor and star clusters cut through haze. My notes from 1985 indicate it reminded me of NGC 2362 around Tau Canis Majoris. However, unlike Tau the bright orange star I was referring to is not likely a member of the cluster. Hipparcos puts the star at only 1500 light-years, far closer than the cluster. The cluster\'s age is listed by WEBDA at 133 million years, certainly old enough to harbor a massive red giant. That star is SAO 57903, a K5 or K7 star depending on which reference I look at. The cluster is reddened by about 0.49 magnitude according to WEBDA. I don\'t know if the other orange stars are cluster members or not.

Due to the losses from the thick haze, the less than a dozen galaxies in the full frame didn\'t show very well and my efforts to reduce the glare around the stars due to the clouds further dimmed them. All were from the 2MASS and none had even a magnitude let alone a distance estimate. Therefore I didn\'t prepare an annotated version for this field.

The cluster was discovered by William Herschel on September 30, 1780 and is in the original H400 program. My entry with my 10\" f/5 on February 29, 1984 on a poor hazy night from town reads: \"Tight cluster mostly south of a bright star. Very faint and tight. Until the haze lifted it was lost in the glare of the 8th magnitude star. Reminded me of a faint version of the Tau Canis Major cluster. Will have to look at this one in the country sometime.\" I can\'t find that that ever happened. 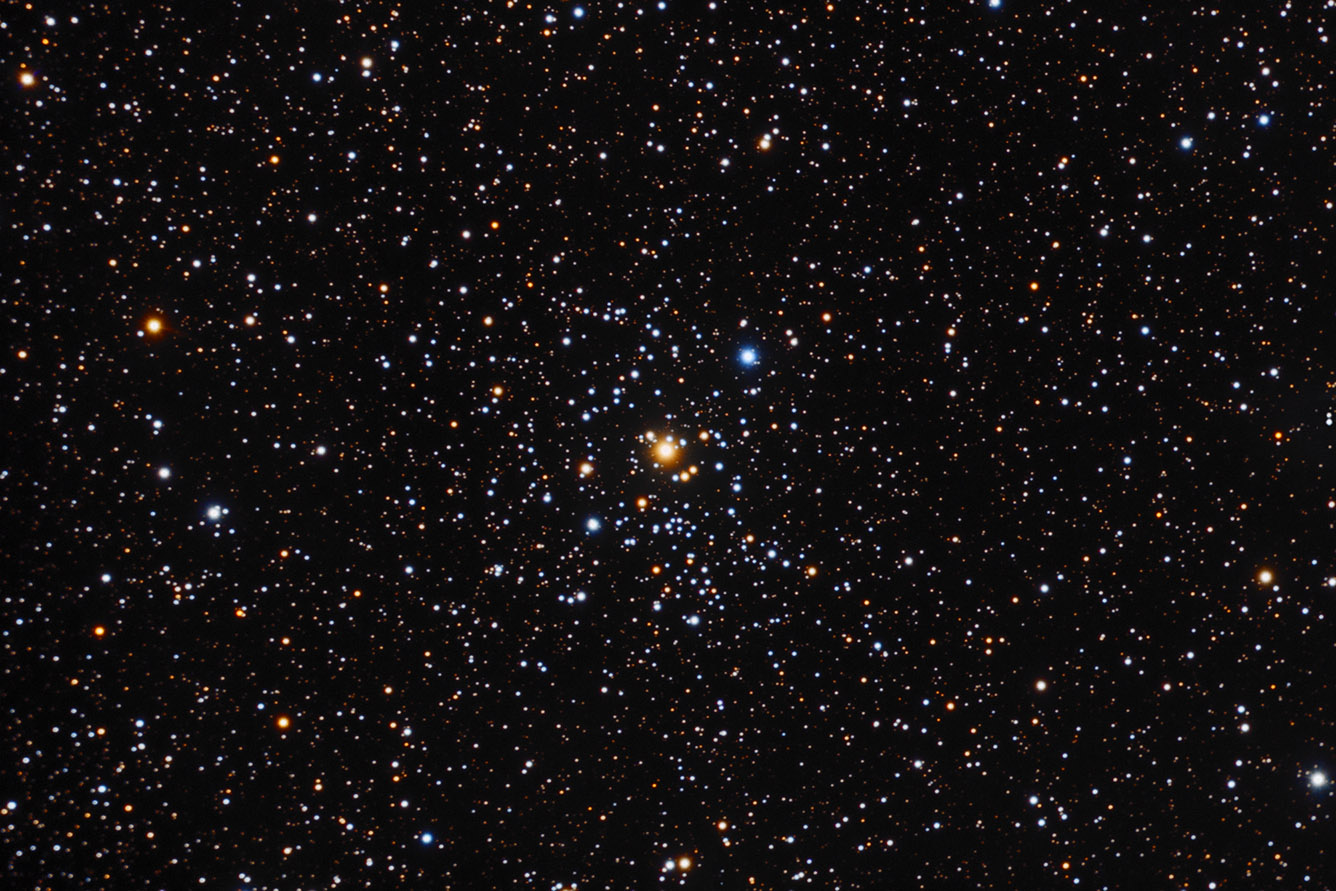