IC 417 is the \"Spider Nebula\". It is part of the Spider and the Fly nebula complex. I finally got a chance to image the Fly part, NGC 1931. They are too far apart for me to mosaic the two. I\'d need several in the middle. Both are part of the same huge molecular cloud. Each is lit by the intense radiation of the star clusters forming in their respective parts of the cloud. NGC 1931 is the Fly. The spider was an emission nebula but the Fly is both emission (red) and reflective (blue). Some parts are lit by stars not quite hot enough or whose light isn\'t strong enough to cause the hydrogen to ionize so we see the blue of a reflection nebula. The entire complex, imaged with a wide angle telescope is at: http://apod.nasa.gov/apod/ap061027.html

It was discovered by William Herschel on February 4, 1793 and is in the original H400 program. My entry from February 29. 1984 with my 10\" f/5 limited greatly by my viewing from a town of 125,000 reads: \"Small sphere next to a star. Appears to be a reflection nebula as the nebula was greatly reduced by the UHC filter. Emission nebulae are enhanced or left unchanged but not reduced by this filter.\" I don\'t know what to make of this description. Town lights must have really hurt it. Oddly, I can\'t find any other log entry of it visually from town or country. 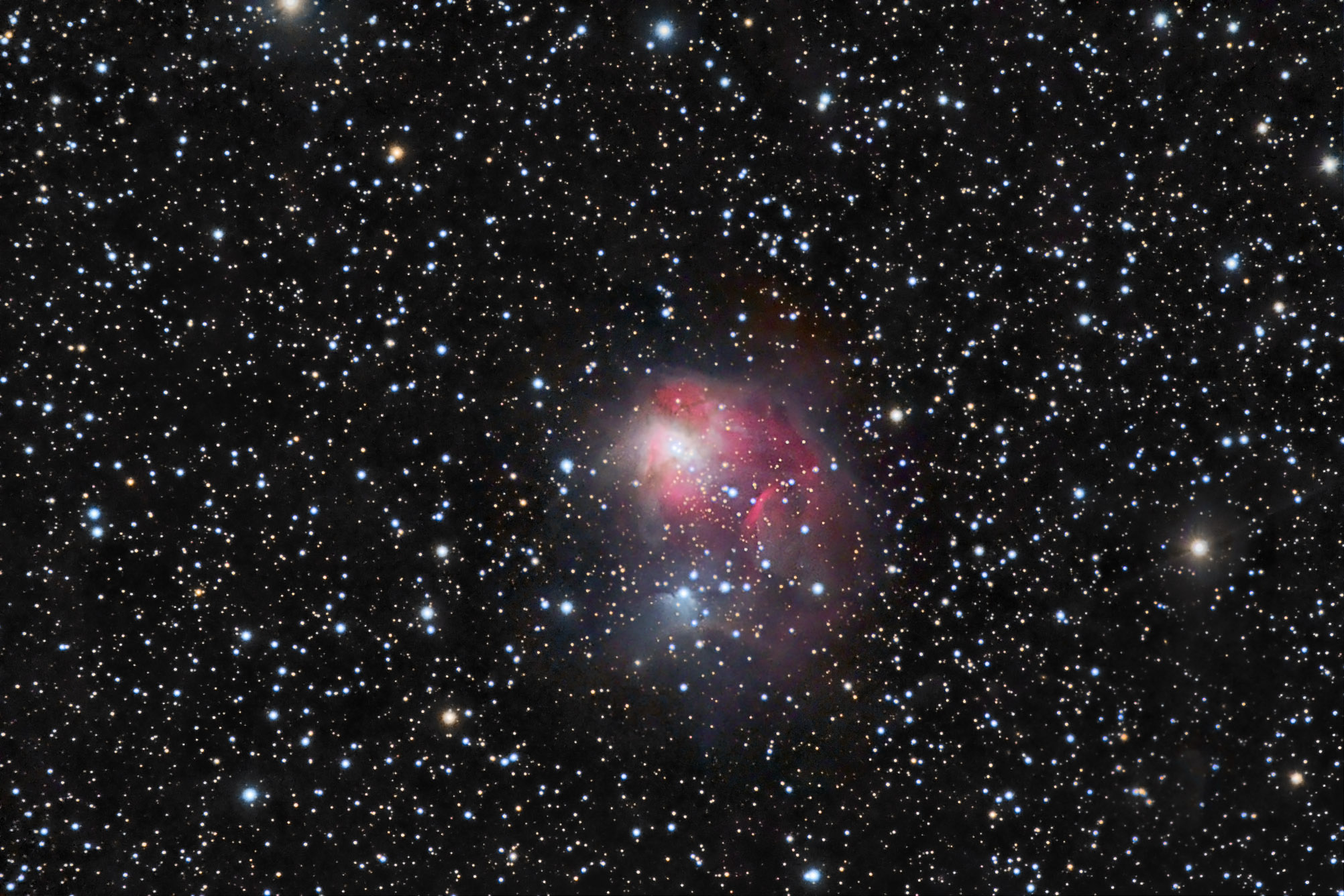 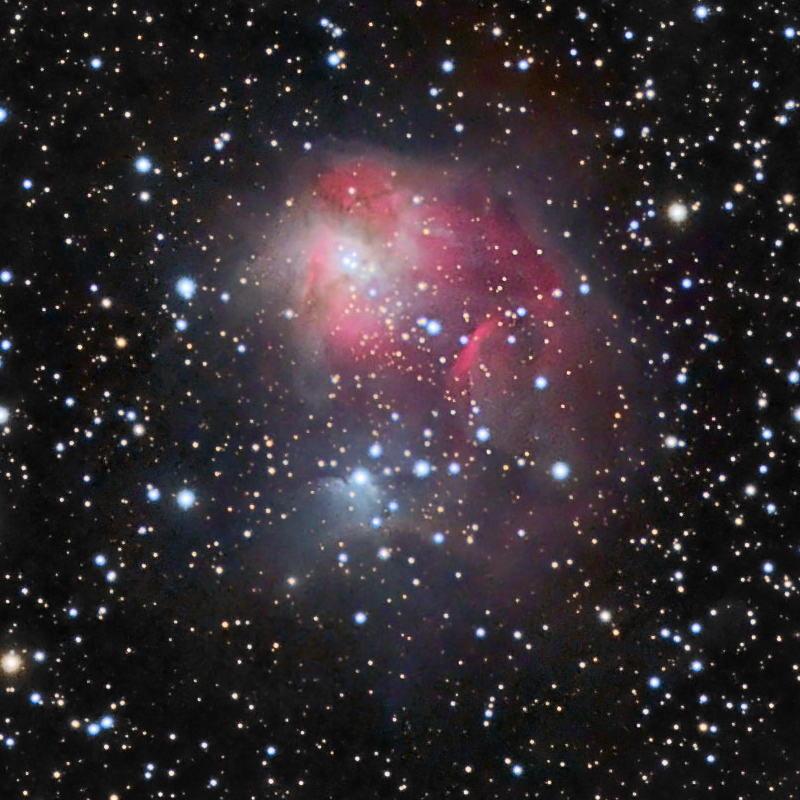