NGC 2022 is a multi-shell planetary nebula just east of Orion\'s head. The Hubble Space Telescope page says it is 5000 light-years distant. I found no other distance estimate for it. I knew it had an inner oval that has some detail but poor seeing this night didn\'t let it show in my image. Most images show a rather faint outer halo that turned out rather bright cyan in my image. I\'m not sure why as most show it more neutral in color. What I didn\'t expect was hints of a faint shell further out that is separated from the inner shells by a dark space. This is all right at the noise level of my image. Taken under my typical for this year, poor transparency, and with not enough frames it is pretty much lost in the noise. In fact, much of what I show may be noise but I\'m quite sure there is something there. I see hints of it in several online images. Seems no one gives this one the time needed to bring it out.

There is a star embedded in the inner ring that even the Hubble image doesn\'t seem able to separate out. I could but then I lost the ring so gave up and left it as most show it, lost in the ring itself. The Hubble image is all over the net. The original is at: https://www.spacetelescope.org/images/opo9738c9/ . It is pseudo-color using just a V filter (green) and a near IR filter to supply color. I assume the green filter was assigned blue and the IR filter red with a green made from an average of the two. The image has south at the top rather than north as my image is oriented. The star is barely visible (mainly its diffraction spikes) in the upper left corner of the bright ring. Interestingly the ring has its own bright area almost exactly opposite the star. It appears the ring also has its own bright area right where the star is located making it hard to tell if real or not. I vote for a symmetry here and both \"corners\" being brighter than the rest of the ring. I\'ve included a deep image I found of the nebula showing the faint outer halo in Ha and OIII light. I don\'t know the source.

It was discovered on December 28, 1785 by William Herschel. My log entry from the first H400 program made on February 29, 1984 on a hazy night in town with my 10\" f/5 at 195x trying to cut through the light pollution reads; \"Nice green circular blob. Mabe fainter in the center. No stars were seen at its center. UHC filter helped greatly to see detail in this one.\"

I found nothing else with distance data in the image and no asteroids showed up so no annotated image was prepared. 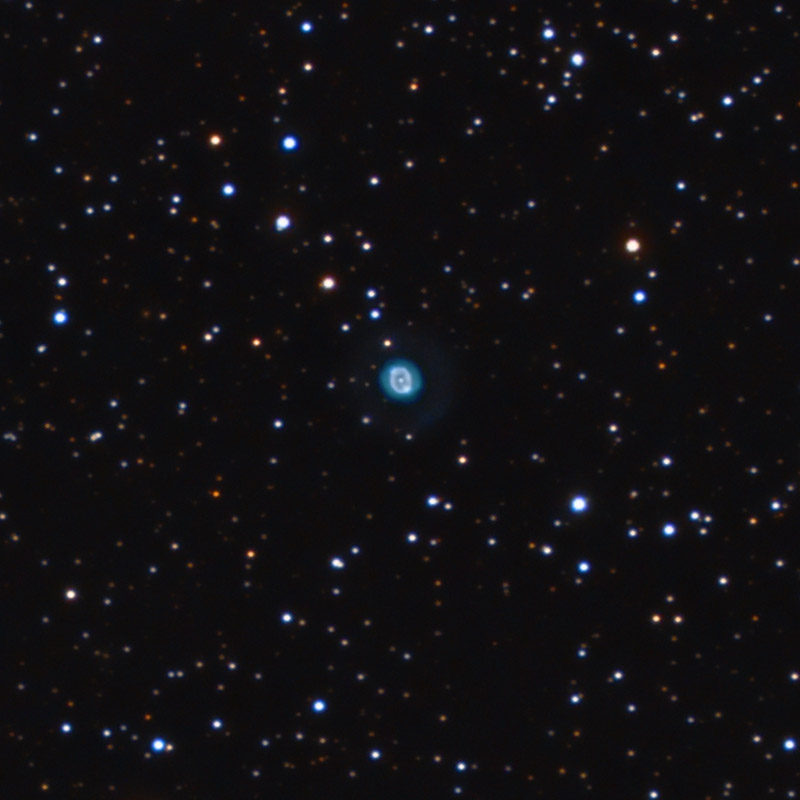 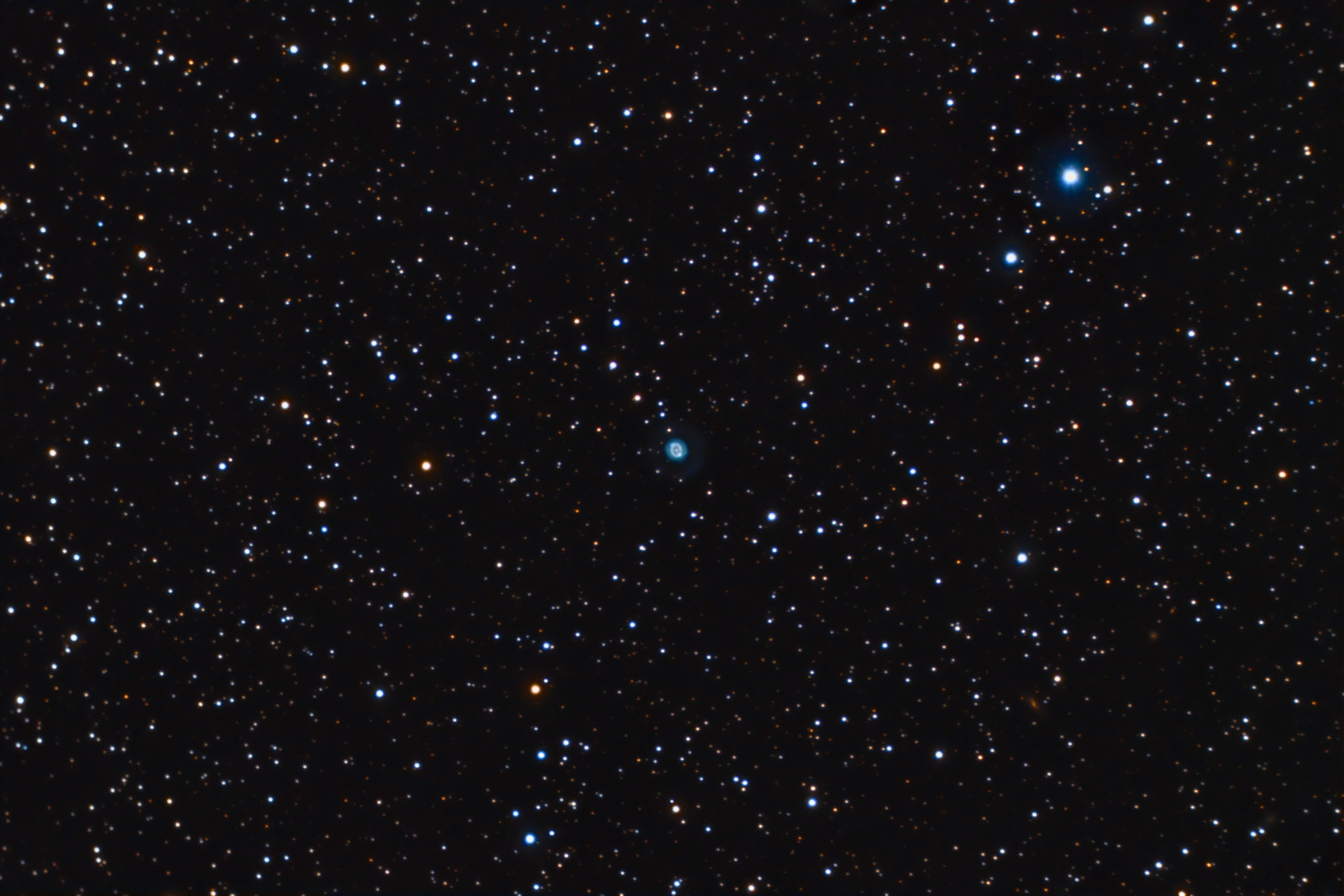