The nebula houses many protoplanetary disks. One is the smallest known. It is seen by radio not optical telescopes like mine.
http://www.nrao.edu/pr/1998/essdisk/
Information on other young stellar objects can be found in this paper:
http://arxiv.org/PS_cache/arxiv/pdf/1111/1111.5469v1.pdf

The nebula was first recorded by William Herschel on January 1, 1786. It is in the second H400 observing program.

I wanted more data on this one but after two months of lousy skies in this part of the sky I gave up. 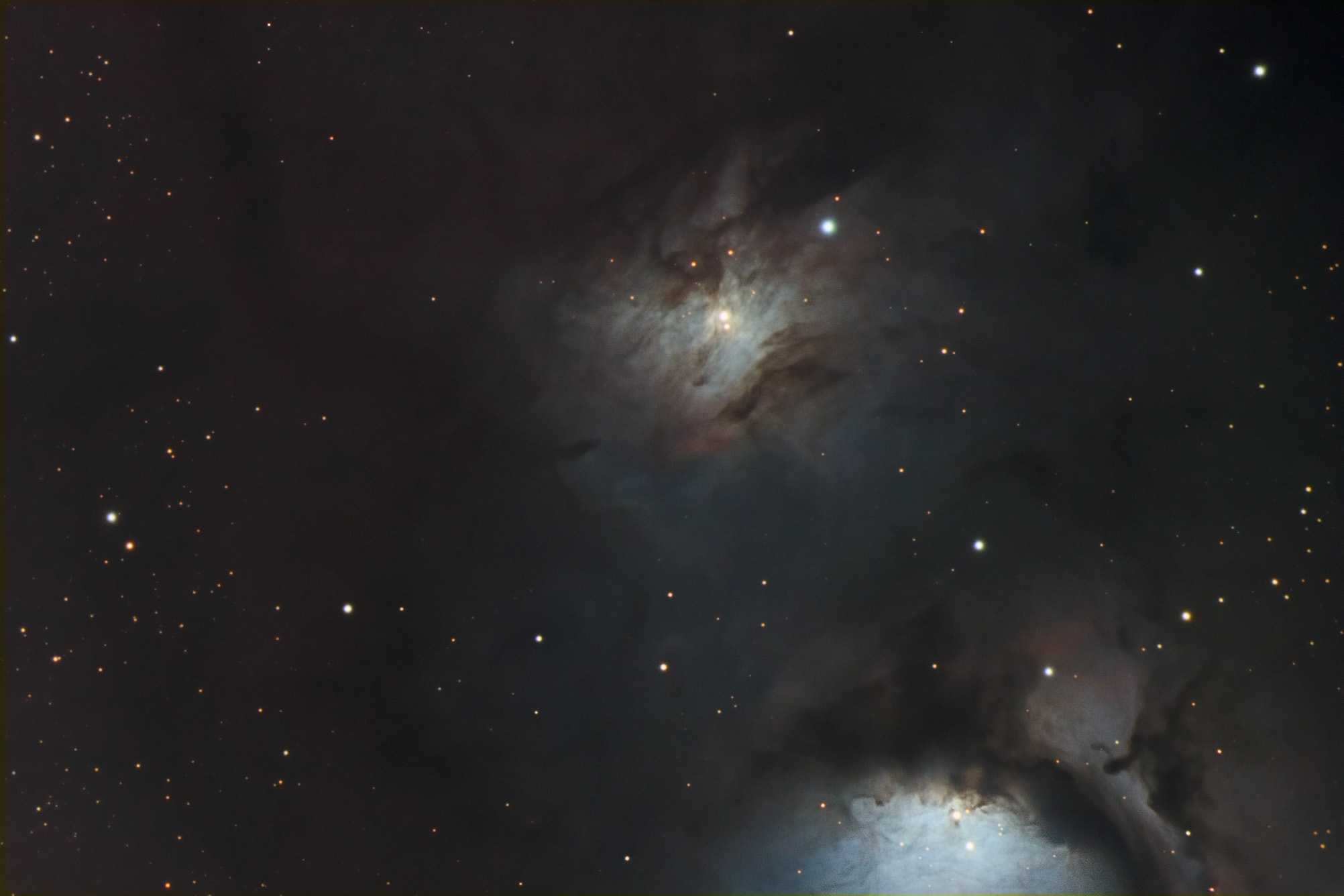