NGC 2158 is a very old open star cluster right next to much closer and younger M35. Most put its age at a bit over 1 billion years and its distance at about 16,500 light-years. Most clusters like this are disrupted by tidal forces in our galaxy in only a few million years. It is rare for any to come close to lasting a billion years. Being old it is much redder than a typical open star cluster since all its really massive and bright blue stars have long since blown themselves up. Though a few lesser massive ones still live on for a short time as red giants. This is one of the richest open clusters known. So some are now wondering if it is not really the core of a globular star cluster that has made so many passes through our galaxy most of its stars have been stripped and only the core remains. This could explain a lot if true. Though its much younger age argues strongly against this. For that reason, I don\'t buy this idea. In any case, it sure is pretty. It is located right \"beside\" a more normal open cluster easily seen in binoculars at the foot of Gemini, M-35. But it is much much farther away than M-35. A photo of both is at:
http://antwrp.gsfc.nasa.gov/apod/ap021129.html

It was discovered by William Herschel on November 16, 1784. My log entry from the original H400 program made on February 28, 1984 from town on a hazy night at 195x to cut through haze and light pollution using my 10\" f/5 scope reads; \"Great even in town. Over 40 stars resolved against a haze of many other unresolved stars. The night is getting a bit better or maybe my familiarity with the object makes the difference! Still, it is much more star-packed when seen under a dark sky.\"

This is another early image in which I severely overprocessed the stars. Not having easy access to the original data I did what little I could to lessen the issues this created. Since the exposure time is too short even for me and had severe read noise issues it is one I need to retake though don\'t hold your breath as I have too many not taken at all on my to-do list. 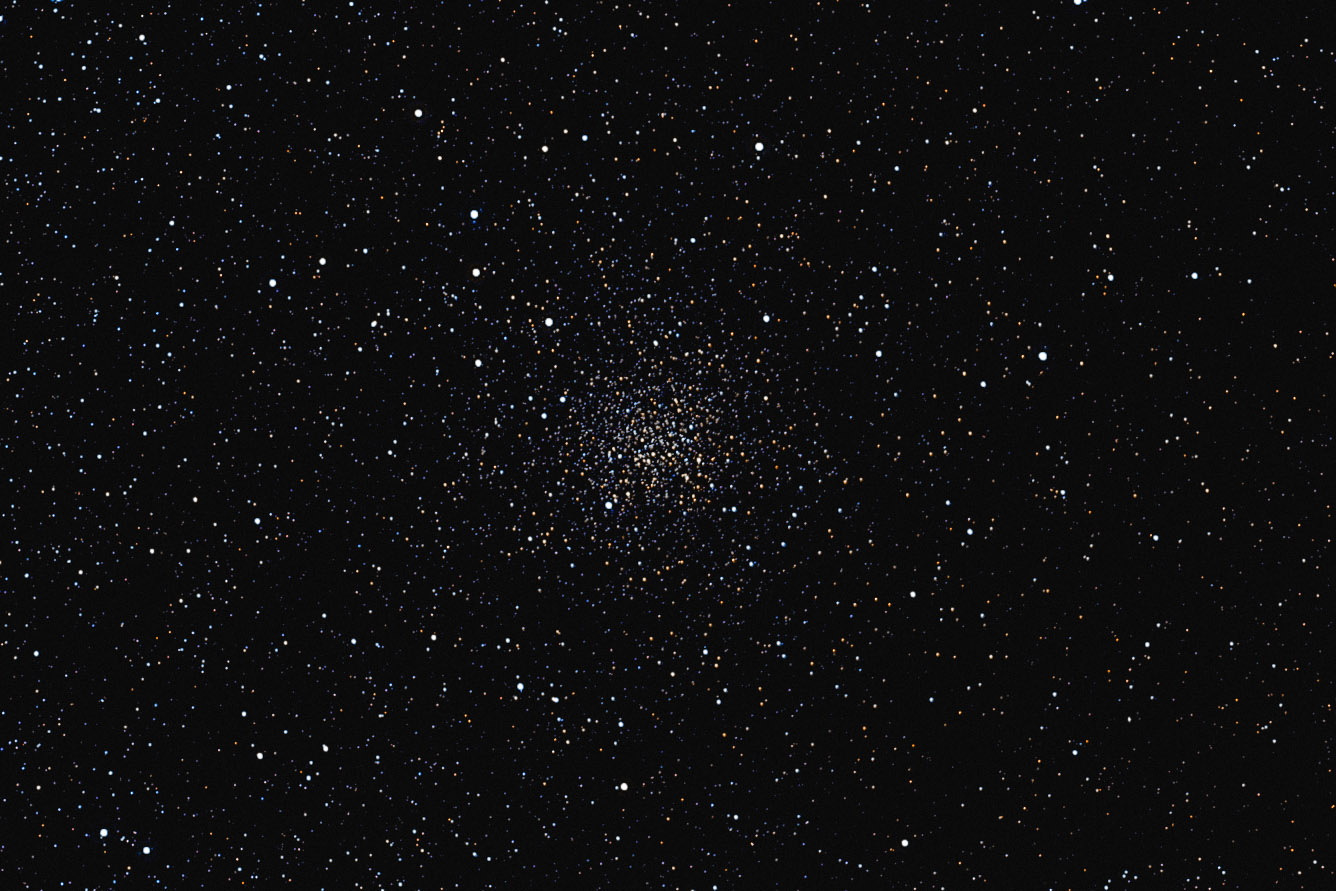