NGC 2163 is described as being a bipolar reflection nebula. It is associated with the pre-main sequence emission line star LkHA 208 at its center. Apparently, the star has an equatorial disk that creates the bipolar flows. The area around the star, especially to the west is filled with faint nebulosity though to the east is a north-south dark nebula. It seems to carry the designation of LDN 1574 and 1575 even though both have exactly the same coordinates in SIMBAD which put it (them) somewhat west of the dark band. The dark nebula TGC H1364 P2 however exactly matches the coordinates of the portion seen in in my image. I assume all are referring to the same object. I found nothing else of interest listed at SIMBAD, not even a distance estimate. The nebula is located in northern Orion less than 2 degrees south of the Monkey Head Nebula, NGC 2174. It is also listed as CED 62. It was discovered on February 6, 1874 by Édouard Stephan.

My version of The Sky 6 Pro, however, misplaces CED 62 to the east where nothing at all is to be found. Dummy used CED 62 as the go-to location and got a great image of colorful stars and nothing else. Since I used the name rather than coordinates I was puzzled by this until I put the coordinates The Sky had for it into the POSS server and came up with the same empty star field. I wasted rare good time this October and had to retry using NGC 2163 on a less than ideal night. Since I got something it will have to do for now. 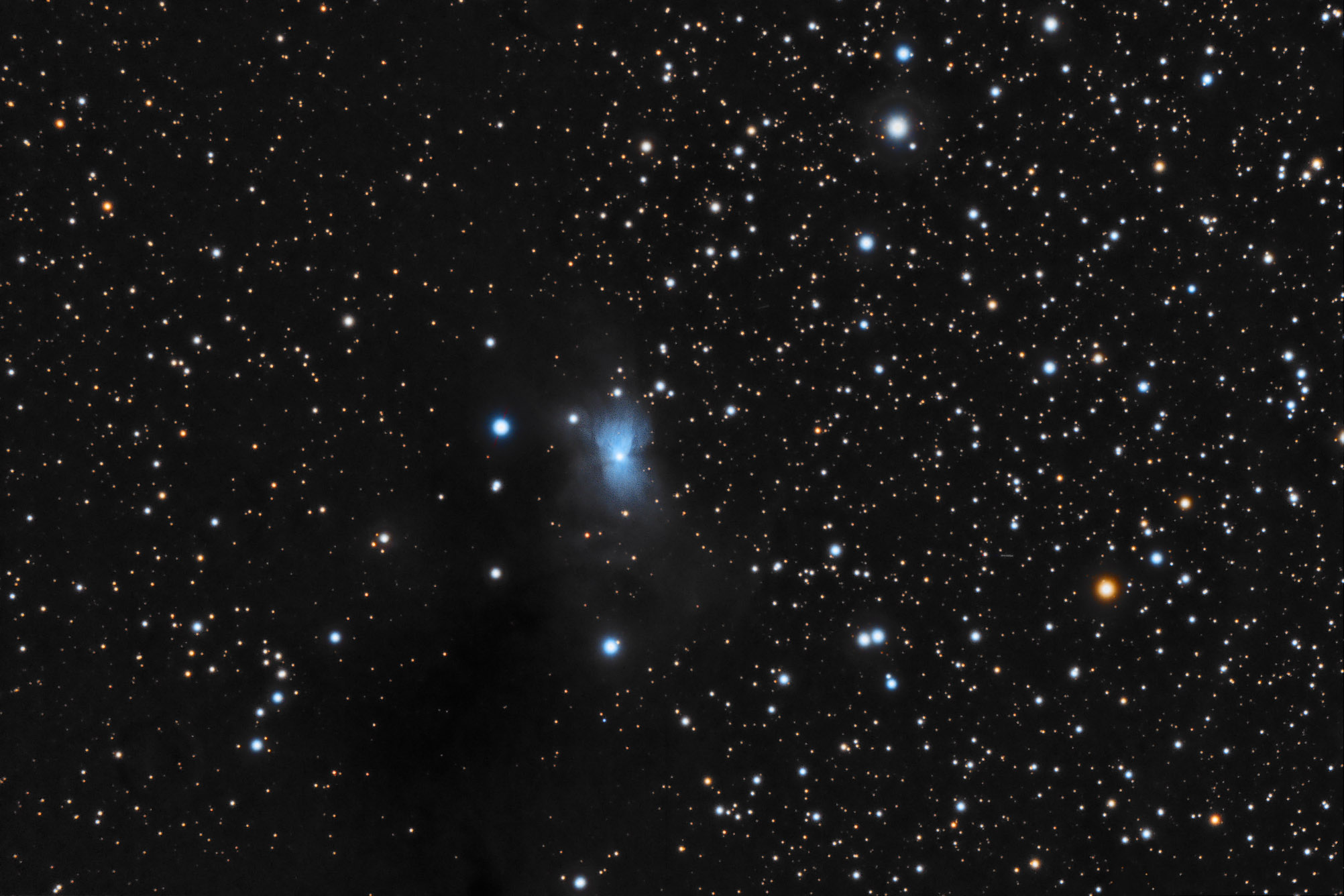