NGC 2170 is a mostly reflection nebula in Monoceros. It is the nebula at the upper right. To its left is the blue reflection nebula GN 06.05.7.02 and in the upper left corner is NGC 2182. All are part of the Monoceros R2 region of massive star formation. Dust and gas both reflecting light (blue) and emitting light from ionized hydrogen (red) are seen in the image along with dark nebula. These are regions where the dust and gas are too dense to emit light nor can starlight from stars behind it penetrate the dust and gas. This leaves what appears to be dark rifts in space. Nothing a giant super space vacuum cleaner couldn\'t deal with but the dust is so fine even the best HEPA filter would fail to hold in the particles so they\'d come out of the vacuum as fast as it sucked them up if such a vacuum were possible. The cloud is thought to be about 2,400 to 2,700 light-years distant, twice the distance to the nearby Orion Nebula and its large star-forming region. In a few thousand years most of the dust and gas will have either been turned into stars or blown away by the high energies of its most massive stars and the shock waves of the deaths as supernova explosions. Then only an open star cluster will remain where we now see this huge tangle of dust and gas of many colors. 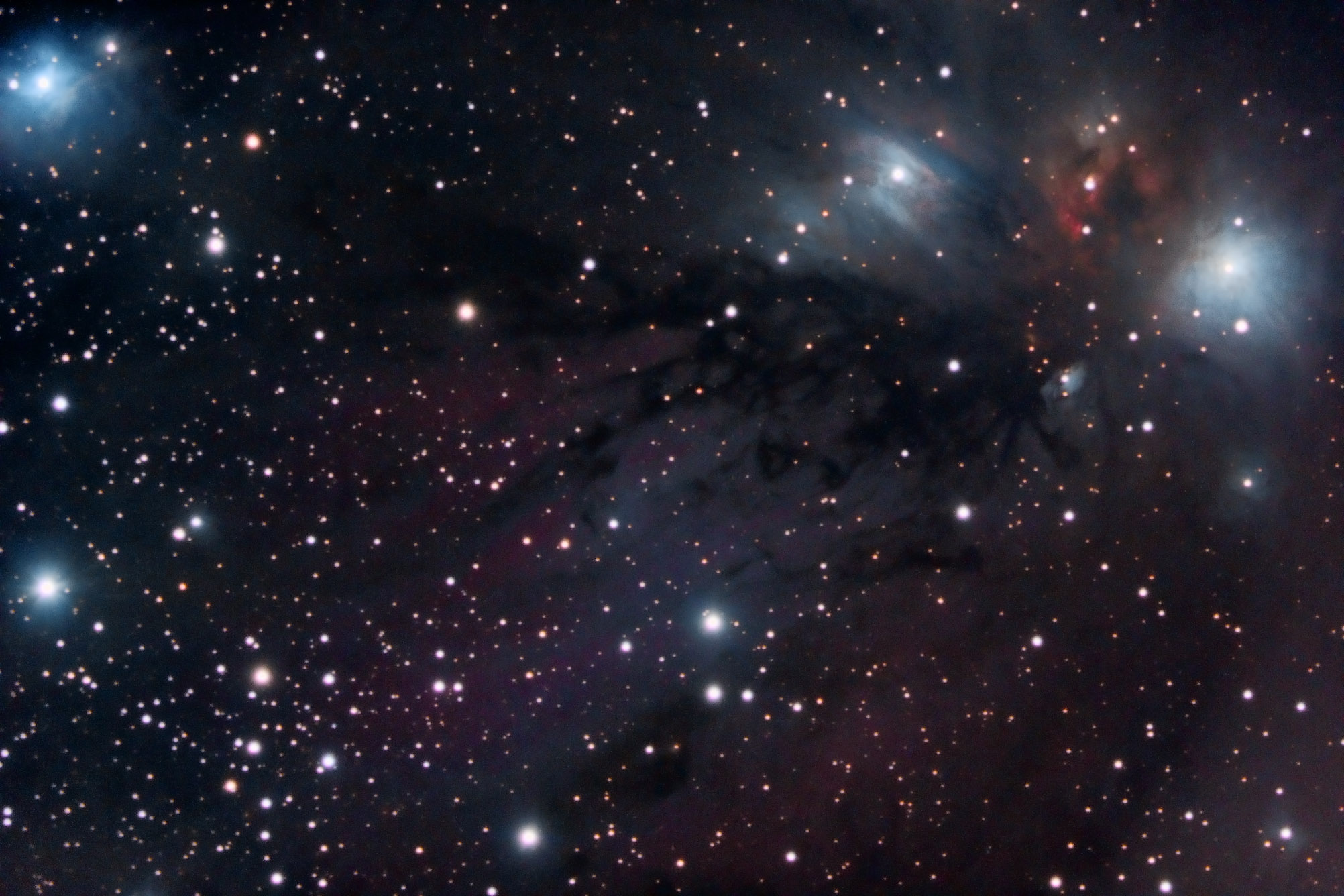