NGC 2182, 2183 and 2185 are reflection nebulae in southeastern Monoceros. The area around the latter two is chock full of Young Stellar Objects and Herbig-Haro objects often associated with YSOs. Some of these probably account for the H alpha emission near NGC 2183. Most sources seem to agree as to where these are located but oddly SIMBAD has a problem with the last two. I wasn\'t going to make an annotated image but the odd identifications in SIMBAD changed my mind. The standard positions are noted with the labels NGC Project after the NGC number as they go with the common locations. SIMBAD, however, puts the center of NGC 2185 in the middle of nowhere. Maybe they consider the entire complex NGC 2185, I don\'t know why else they\'d do this. While most sources put NGC 2183 around the 9th magnitude star GSC 4795:829 SIMBAD says this nebula is [RK68] 53. NGC 2183 is to the east at the position of a small HII region. In fact, SIMBAD labels it as an HII region, not a reflection nebula. NGC 2185 is placed by most sources as the nebula around the stars east of NGC 2183 rather than where SIMBAD puts it. The portion of the reflection nebula around GSC 4795:509 is also known as GN 06.08.7. I think it quite likely all these reflection nebulae are caused by the same gas and dust cloud. We just see the reflection nebulae when there\'s a bright star behind them to illuminate them. The Sky shows the illuminating star for NGC 2182 to have a parallax of .0349\" which puts it and therefore the nebula about 100 light-years away. Yet other sources say 2300 to 2700 light-years. Quite a discrepancy! The latter seems more reasonable given the angular size of the nebulae. So maybe some other star is illuminating NGC 2182 rather than the \"obvious\" one. 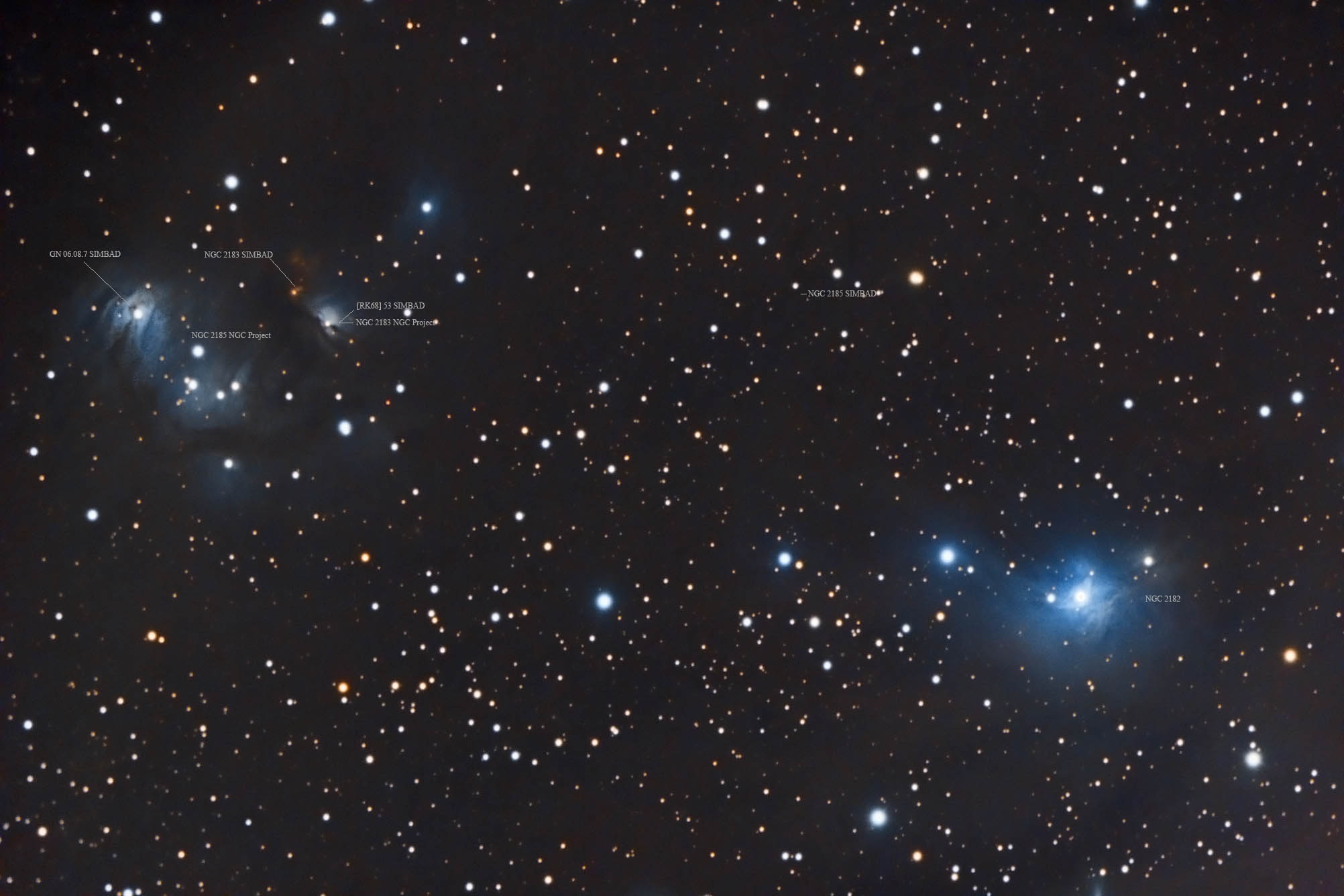 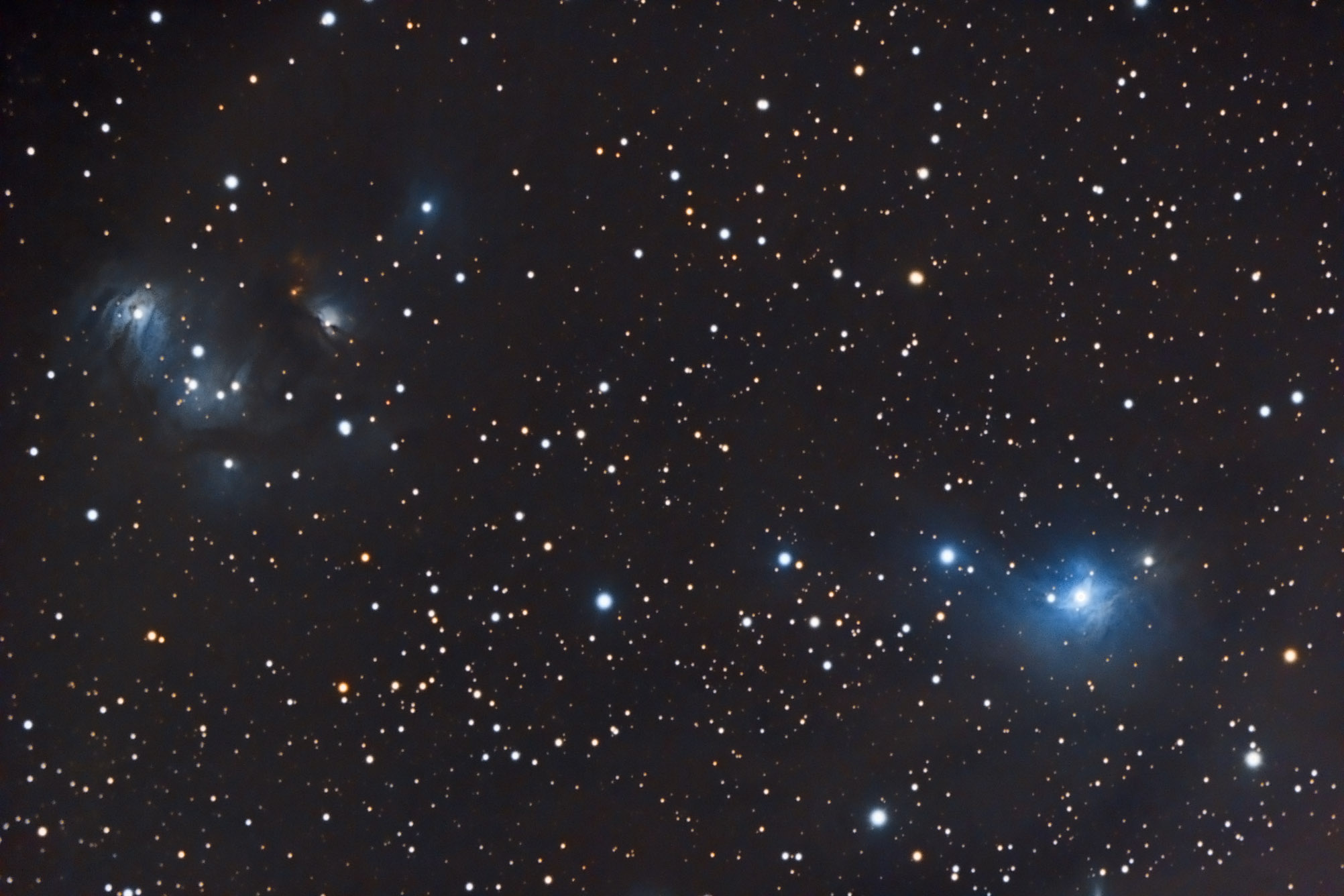