NGC 2194 is an open cluster just east of Orion\'s club about 12,000 light years away. That makes it 35 to 46 light-years in diameter depending on whose size measurement you use. As open clusters go this one is rather old at about 325 million years of age. This likely accounts for the numerous red giant (actually orange) stars seen in the cluster. The cluster is lightly reddened by 0.38 magnitudes. That isn\'t enough to account for these red stars.

The cluster was found by William Herschel on February 11, 1784 and is included in the original Herschel 400 observing program. My notes on a rather poor night with my 10\" f/5 on February 29, 1984 reads: \"Loose and rather faint. Only a dozen or so stars seen against an unresolved background. City lights have pretty well drowned it out (population about 130,000).\" Apparently, I never tried under dark skies. I assume it is much better than this indicates if seen under my current skies. Though I used up to 195X to try and dim the fog of city lights, it didn\'t work that night.

On the upper left edge, another cluster can be seen sneaking in. It is the obscure cluster [KPS2012] MWSC 0817. That\'s the only designation for it I found at SIMBAD. However, WEBDA has it under the name Luginbuhl-Skiff1. They say it is at a distance of 3150 pc (10,000 light-years) and has an age of 250 million years so a bit younger than 2194 and a bit closer. I assume the name refers to Christian Luginbuhl and Brian Skiff. Luginbuhl is at the Naval Observatory in Flagstaff while Skiff is at Lowell Observatory also in Flagstaff. I have to admit I didn\'t know of this cluster until I saw it in the image. Has anyone reported seeing it visually? According to WEBDA, there is no Luginbuhl-Skiff2. It appears it is a catalog of one object.

I imaged this field as part of my project to pick up Herschel 400 objects when nothing else is worth shooting -- in this case due to moonlight. It turned out I picked up something so obscure I\'d never heard of it before. If I had I\'d have framed it a bit differently.

Several dozen background galaxies can be seen in the image, all very small. None have any redshift data and in fact, have little data at all just being noted as to position and that\'s about all. Therefore I didn\'t create an annotated image. 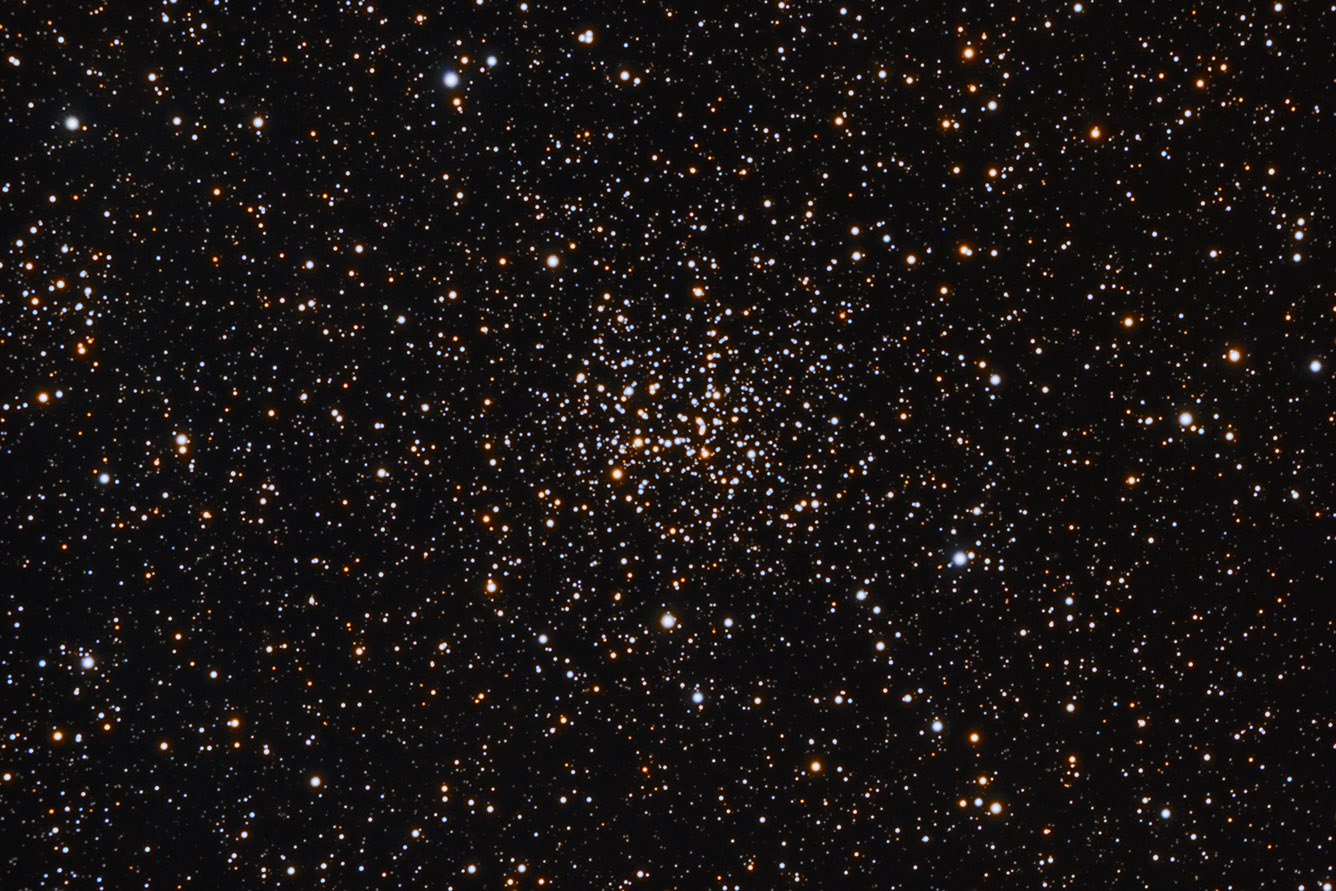