VdB 4 is a reflection nebula associated with the very young open star cluster NGC 225 which is often called the Sailboat Cluster. I\'ve never seen that likeness, however. The nebula may be the remains of the cloud that formed the cluster. The WEBDA puts the distance to the cluster and thus nebula (if it is related) at about 2000 light-years. But this is quite uncertain. A very interesting paper on the probable PMS stars in the cluster illustrates the problems with determining the distance to such clusters. The paper estimates the cluster is between a half million and 10 million years old based on its study of the PMS stars. No PMS doesn\'t mean that. It means Pre Main Sequence. Indicating these are very young stars still not settled in to getting all their energy from turning hydrogen to helium which will power the star for most of its life. The birth process isn\'t quite complete yet you might say. For those who want the details the paper is at:
http://www.ncra.tifr.res.in/~basi/06December/200634315.pdf

The cluster was discovered by Caroline Herschel on September 27, 1783 as #11 on her list. A few months later she found it again recording it as #15 in 1784. The Sailboat name seems to be due to Rod Pommier in an article for Astronomy magazine. Even though Caroline is credited with its discovery it is in the original Hershel 400 observing program. William did record it over 5 years later on November 26, 1788. My comments from my H400 log on July 11, 1985 under good conditions at 60 power with my 10\" f/5 read; \"Large, sparse, scattered cluster of 20 bright stars and 15 or so much fainter ones. These may not be true members of the cluster but only field stars. With such a poor cluster it is hard to tell. How could the program ever call it rich? A good 2.4\" telescope cluster but poorly suited to my 10.\" I never did notice vdB 4.

VdB 4 is centered on the variable star V594 Cas. The only designation I find at Simbad for the dark nebula going out of the top of my image is [LM99] 2. To me, vdB 4 looks like an alien standing with his curving arms to the left. They seem to surround a dark area. Simbad labels the brighter area just southeast of this dark region LDN 1302. I find this rather confusing. Simbad also indicates the bright nebula LBN 604 is near the top edge of my frame a bit left of center. Apparently, it refers to the general glow that fills most of the frame against which the dark nebulae are seen. I certainly don\'t see anything but this general glow in the area.

With only 40 minutes of data, the field is rather data starved. At the time I imaged this last fall (2010) I was imaging NGC 225 as one of the Herschel 400 objects, another project I have running. Consulting my visual log of the Herschel 400 I saw no mention of nebulosity nor had I heard of vdB4 until I later saw Tom Davis\' wide angle view of the area showing a lot of dark and bright nebulae. By then it was too late and with nothing but clouds and poor seeing this fall I decided to go with what I had rather than try for more data. I was surprised how well vdB4 itself came through. Sometimes I get lucky.

When I went to process this I found that I\'d hit a wrong key in setting up the imaging file and ended up with the red frame binned 2x2 rather than 3x3 as the green and blue images were binned. Thanks to normalization it didn\'t cause any problems. Just added a minor step in the processing. 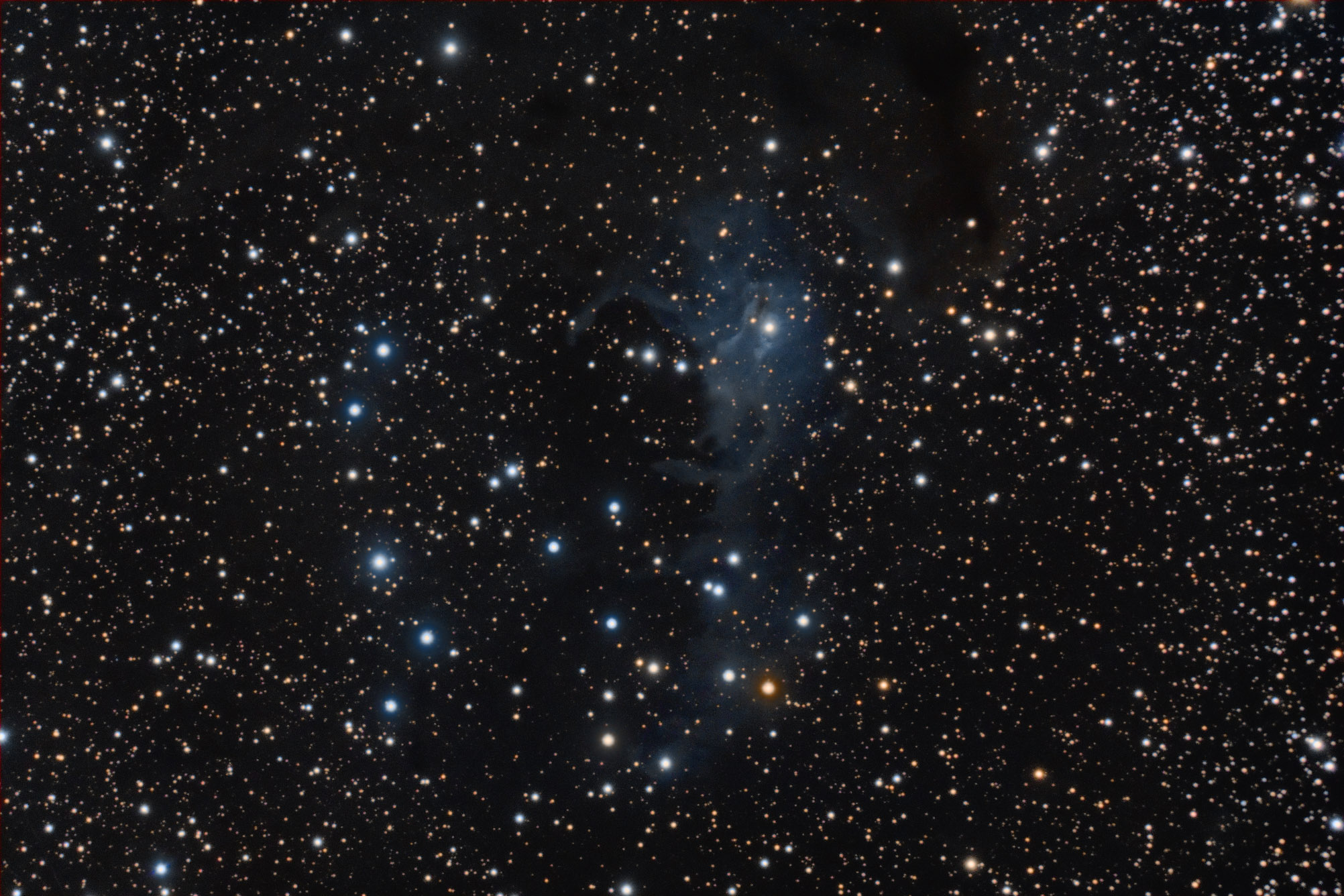