NGC 2251 is a type III2p open cluster in Monoceros about 2 degrees southwest of the much better known Cone Nebula and 3.5 degrees north of the Rosette Nebula. It gets lost in the many objects in the area that attract imagers. As a result, there aren\'t many amateur images of this cluster. Also, it is a rather spread out, elongated cluster. WEBDA puts its age at just under 270 million years. Middle age for a cluster. It is about 4300 light-years away. Its stars are still somewhat blue though the brightest blue stars have long since died. It is little reddened so stars with some blue still predominate. Though some images of it so push the color saturation they appear either gaudy blue or red. My visual log of several observations of it don\'t mention color at all.

Is its elongated shape natural or is it already showing signs of disruption from galactic forces? I didn\'t find anything on this. It was discovered by William Herschel on December 26, 1783. It is in the original H400 observing program. My log from that with my 10\" f/5 at 60X on an average night reads \"Large arrowhead shaped open cluster which comes to a sharp point. It points to the southeast. It is easy as a splotch in binoculars or even a small finder. Likely good in a very small scope but rather lost in my 10\" due to background stars.\"

I wasn\'t going to make an annotated image but then two very faint asteroids were in it that would be hard to find without my pointing them out. They show how poor my night was. Obviously a lot worse than I realized. Neither can be followed its full distance. The brighter starts almost like there\'s a star at the lower left end of the trail but that\'s just that within less than a minute conditions went down hill fast. According to the Minor Planet Center the trail should be about 25% longer than seen in my image. The fainter one to the upper left fared even worse with its trail fading out after only about 40% of its length. The last part is very fuzzy so was probably behind a cloud but why didn\'t the other one get fuzzy? The mysteries of imaging at work. Color data was hurt by these clouds to the point that I took much of it nearly a month later. I should have totally reshot it that night but then I\'d have missed these asteroids -- but were others in the field? I didn\'t check.

3 or 4 faint star-like galaxies can be seen through the gunk. None had redshift data and were harder to see than the asteroids so I didn\'t annotate them. They are bright enough they should have been easy but not under these conditions. There was a lot of haze over the brighter stars due to the conditions. I processed most of it out. That likely reduced the brightness range of the stars. Another reason I should have retaken it in full. I should mention that while 4 of the 6 color frames were taken nearly a month later than the luminance and other two color frames (one blue and one red) it is a testament to the accuracy of the Paramount. NONE of the 10 frames were aligned. Due to the fixed mirror and accuracy of the mount and polar alignment and too few frames to dither I often have no need to align unless the temperature was different. That changes image scale requiring RegiStar to resize rather than align. 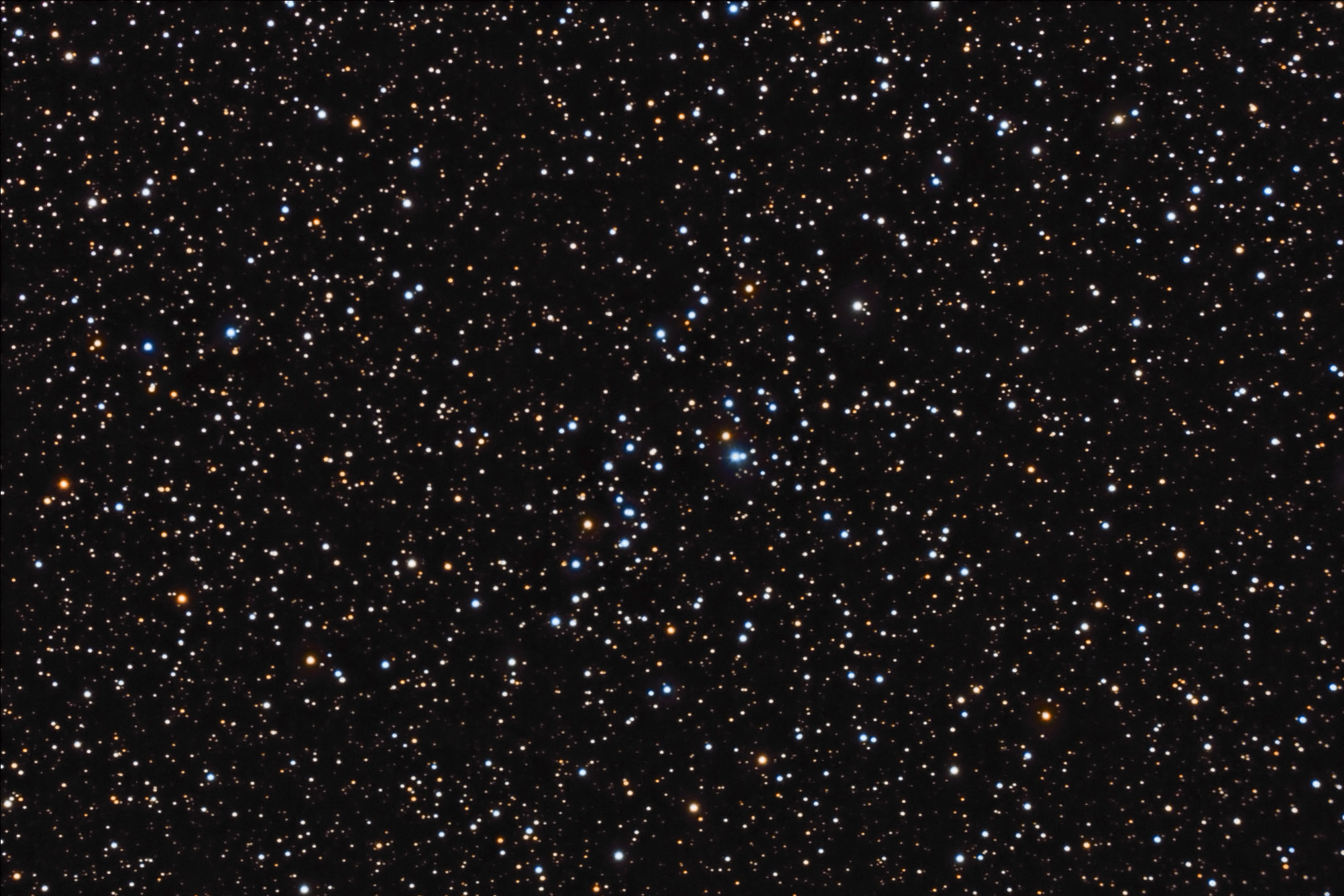 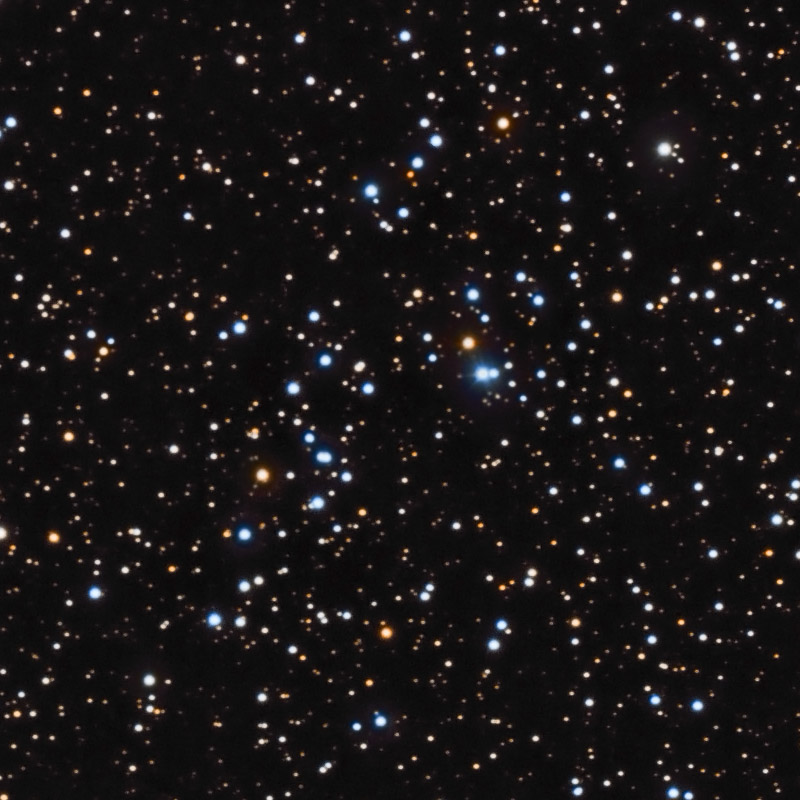 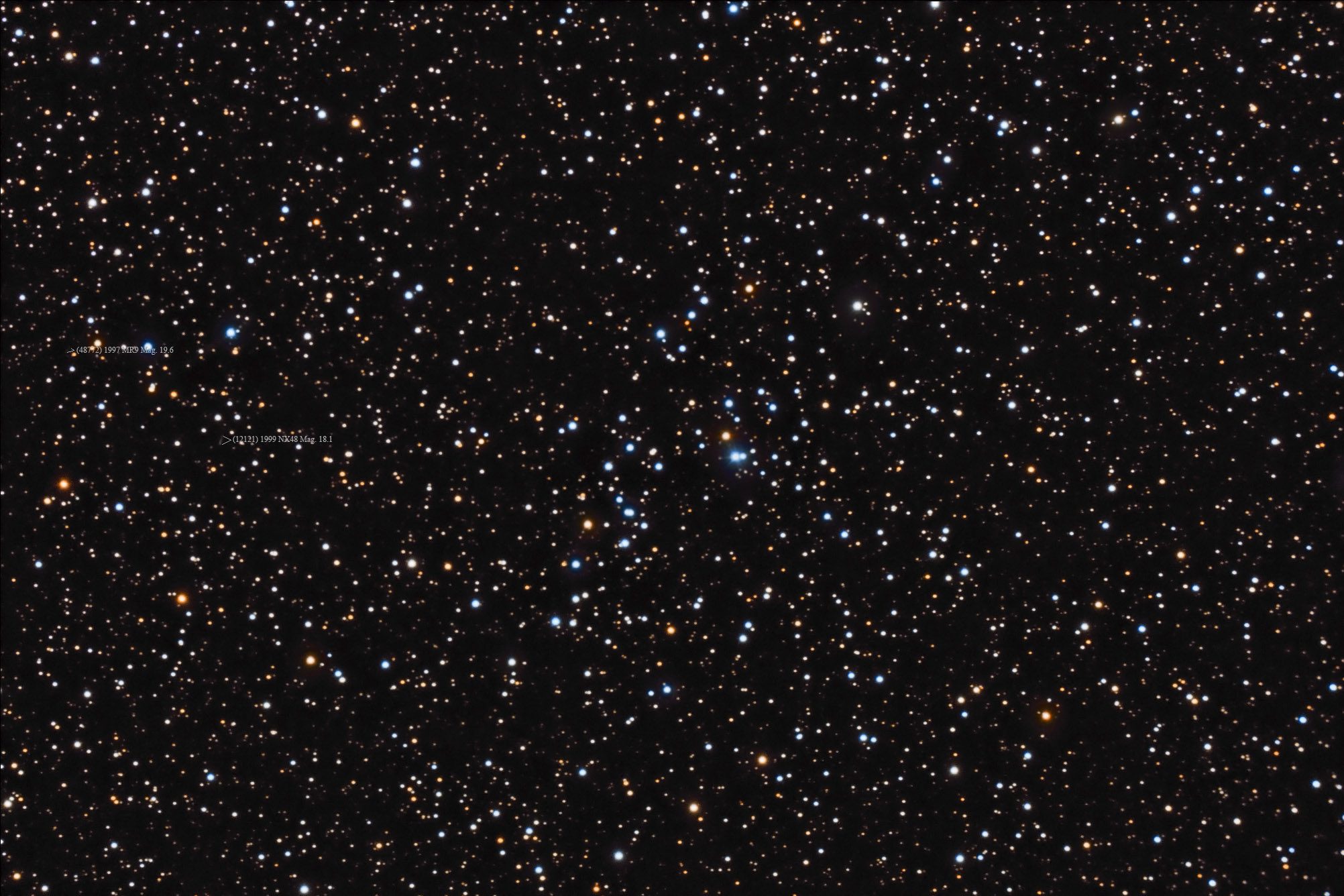