Each time I clean the hard drive I find old files that have been lost, misplaced and forgotten. This one dates back several years. It was taken with my old filters that had nasty blue halos even on red stars. Not knowing how to deal with them in this image I seem to have filed it in an obscure folder and it was gone. I really should redo this one with far more time and with my new filters that don\'t have the halo problem. But with this winter\'s horrid weather that didn\'t happen. I\'ll have to go with this salvaged image.

The Cone Nebula is part of a larger nebula involved with a star cluster. The combination is known as NGC 2264 though some say it only applies to the northern part. The cluster, most of which is outside this image is sometimes known as the Christmas Tree Cluster due to its shape. The combination is thought to be about 2500 to 2600 light-years away depending on which source you use. It is located in the constellation of Monoceros which is a unicorn. it was discovered by William Herschel on January 18, 1784. It is in the first H400 program. My log entry with my 10\" f/5 at 60x on March 16, 1985, a typical dark sky night, reads; \"Nebula best seen around a star on the eastern edge fading away so gradually its edge was impossible to see. I\'ve never been able to see the star cluster as a Christmas tree. Maybe I need to look on December 25 rather than in March.\"

The nebula also extends north becoming mostly a reflection nebula. This part is commonly known as the \"Fox Fur Nebula\". Though I don\'t know how it got its name, it\'s texture might have had something to do with it. The two are too far apart for me to do in one frame. The two images were taken in 2006 for the Fox Fur Nebula and 2009 for the Cone Nebula. My technique in 2006 both in taking and in processing the data was very flawed. Nor did I take either with the idea of combining them into a mosaic. So while there is a bit of overlap there\'s just no way to combine them so I\'m displaying them separately on this page.

Fox Fur Nebula data is the same but for exposure times. L=9x5\', RGB=3x5\'. 5 minute exposures don\'t control read noise as well as 10 minute ones do. 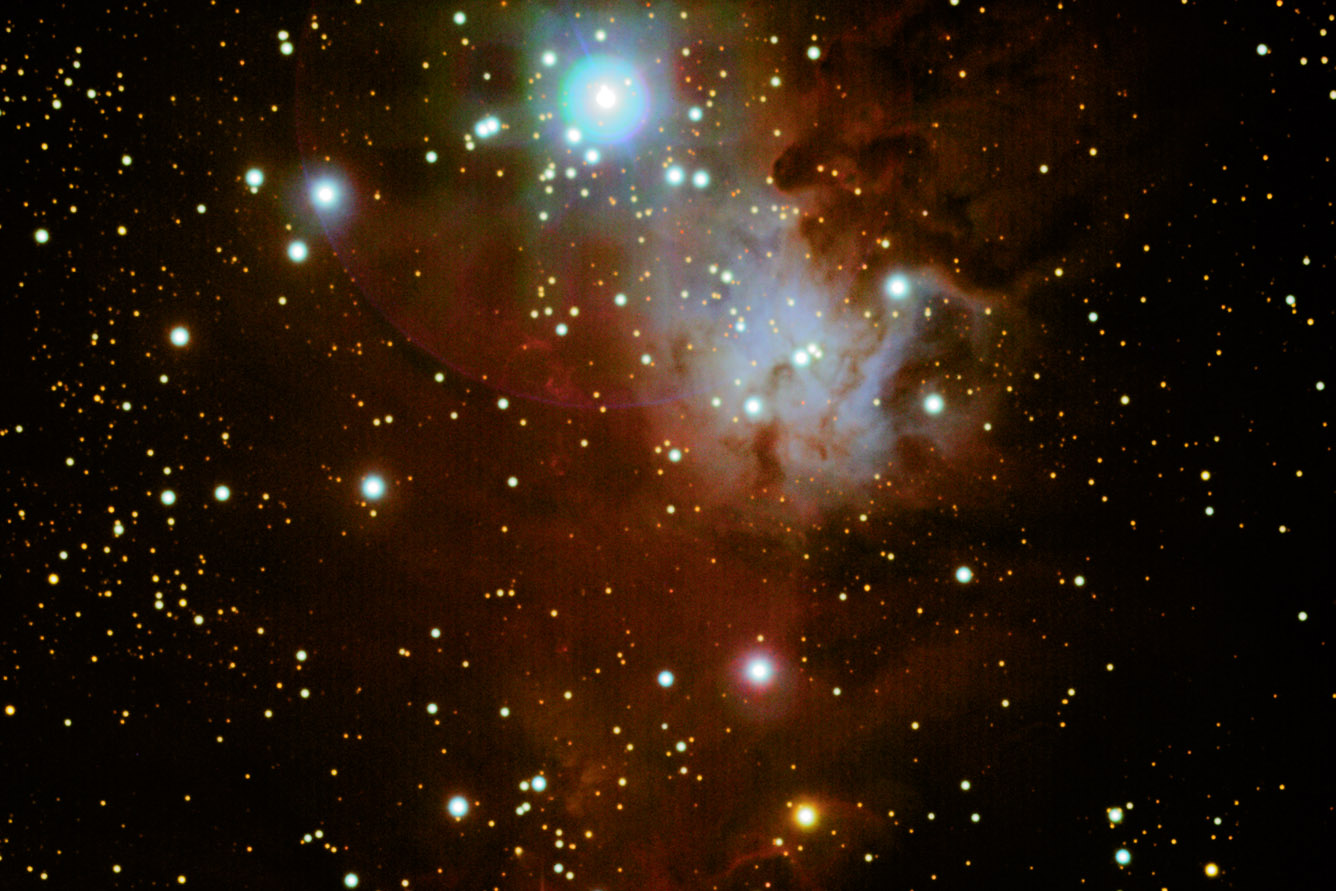 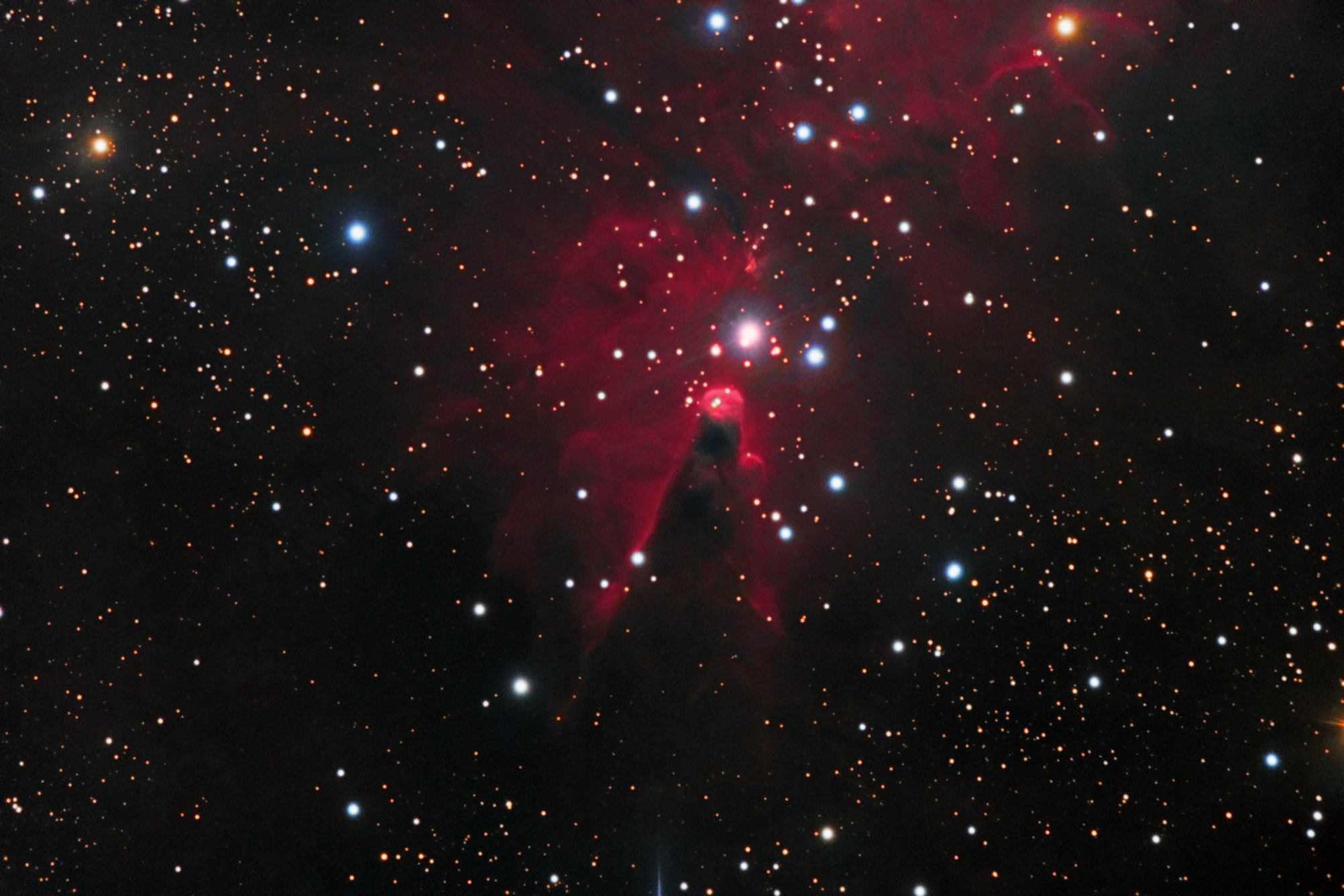