NGC 2347 is a face on spiral galaxy in southeastern Camelopardalis about 200 million light-years distant. It has a bright central region and arms that are rather red. It has a slightly blue middle region of arms and an out disk that is somewhat bluer with little arm structure though it has a few star clouds apparently randomly distributed in it. The galaxy was discovered by William Herschel on November 1, 1788. It is in the second Herschel 400 observing program. This is what put it on my to-do list.

It has an apparent companion galaxy to the north, IC 2179. It has a similar redshift. Being an elliptical galaxy it has little structure. It was discovered over 100 years later by Buillaume Bigourdan on February 24, 1894. No other galaxy has redshift data at NED. In fact very few galaxies are to be found in the field that NED has data for. All it knows about at all are listed in the annotated image. Several galaxies are obvious but not at NED. The one I found most interesting but it wasn\'t in NED or SIMBAD is the faint smudge west of IC 2347. The label in the annotated image covers it up since I couldn\'t identify it anyway.

Toward the top and a bit left is an apparent galaxy that at first made me think it was an asteroid trail as seen on a very bad night as was the case for this my image of NGC 2251. But no asteroid is listed there and my notes indicate this was a very good night so it must be a galaxy, just not one that made any catalog NED or SIMBAD carries. Nor was the one to its lower left. Many more are seen in the image bu aren\'t at NED. The field is just too close to the Zone of Avoidance for many surveys to look at it. The only one that covers faint galaxies that is in NED for this area is the 2MASS catalog of 2 micron IR bright galaxies. Most that are not in NED likely have too little IR emission to make the 2MASS catalog.

Being at nearly 65 degrees north declination no asteroids were seen in the image. Only a very few get this far north so their absence is not unexpected. 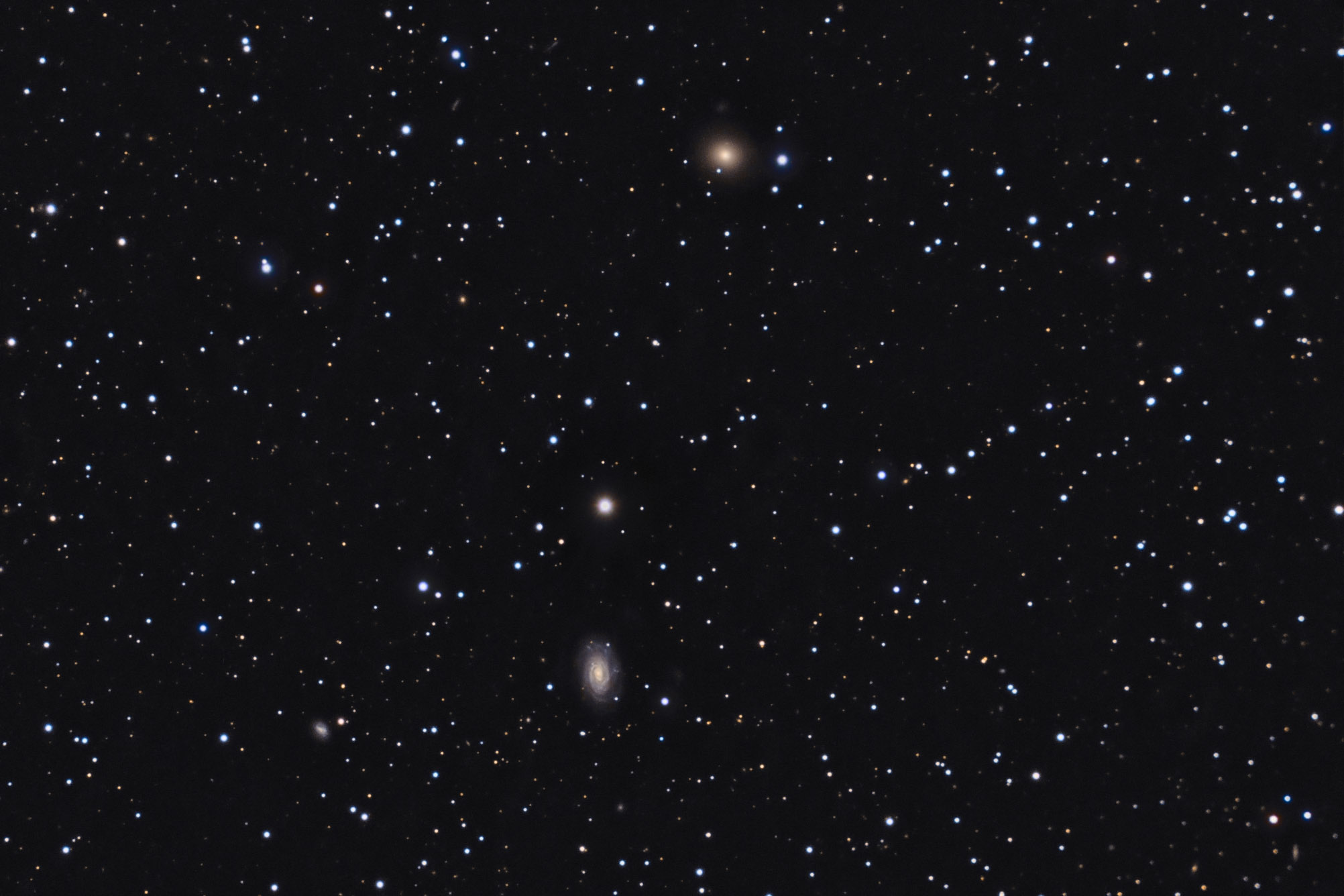 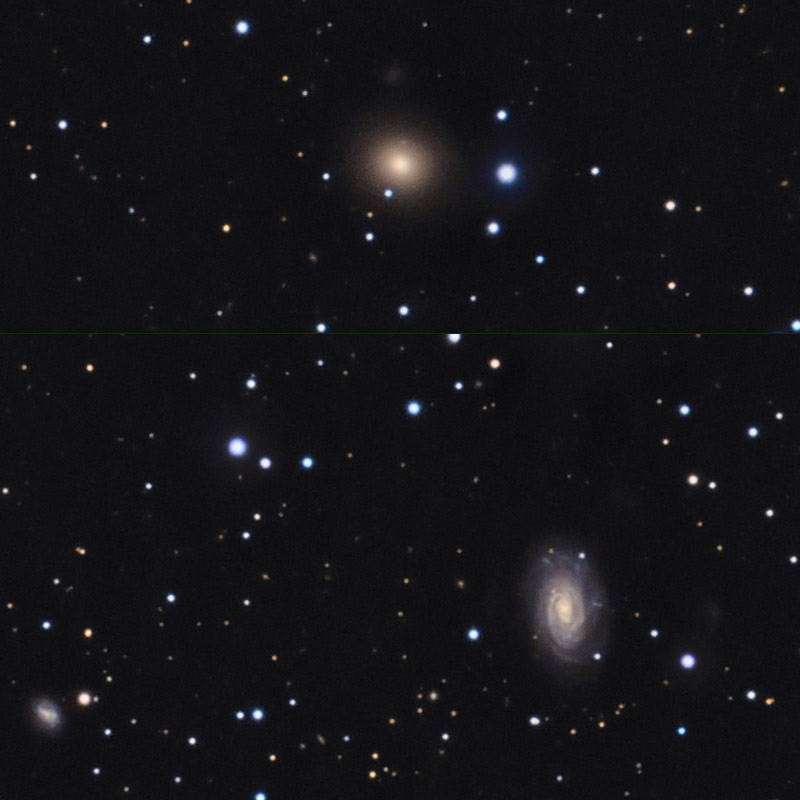