NGC 2353 is a type II2p open star cluster in southern Monoceros just north of Canis Major. WEBDA puts it at a distance of 3650 light-years and an age of 95 million years. They show it as little reddened. Then I went to Hipparcos data in The Sky. That shows the bright star to the lower right as being 2434 light-years distant. They show it as a 6th magnitude B0III star so a giant star. The two stars above and left of it they show as being only 350 and 400 light-years distant. The only other star I found in the data was the blue star to the top edge of the cluster is at 4250 light years and a B8V star. None agree to the WEBDA distance. Is the cluster the remaining blue stars?

The cluster was discovered by William Herschel on January 10, 1785. It is in the original H400 observing program. My log from March 16, 1985 with my 10\" f/5 on an average night reads \"Huge, scattered cluster between two bright stars. Some hint of unresolved background stars.\" Doesn\'t sound like it impressed me. I only took this one since it was in the Herschel program and visible from my latitude though getting near my lower limit.

Two very faint galaxies are in the image. With no distance or magnitude data, I didn\'t annotate them.

I took only one 10 minute frame for each color when no satellites were in the frames. I\'ve reduced from my normal 1\" per pixel to 1.5\" per pixel as the added resolution isn\'t needed. 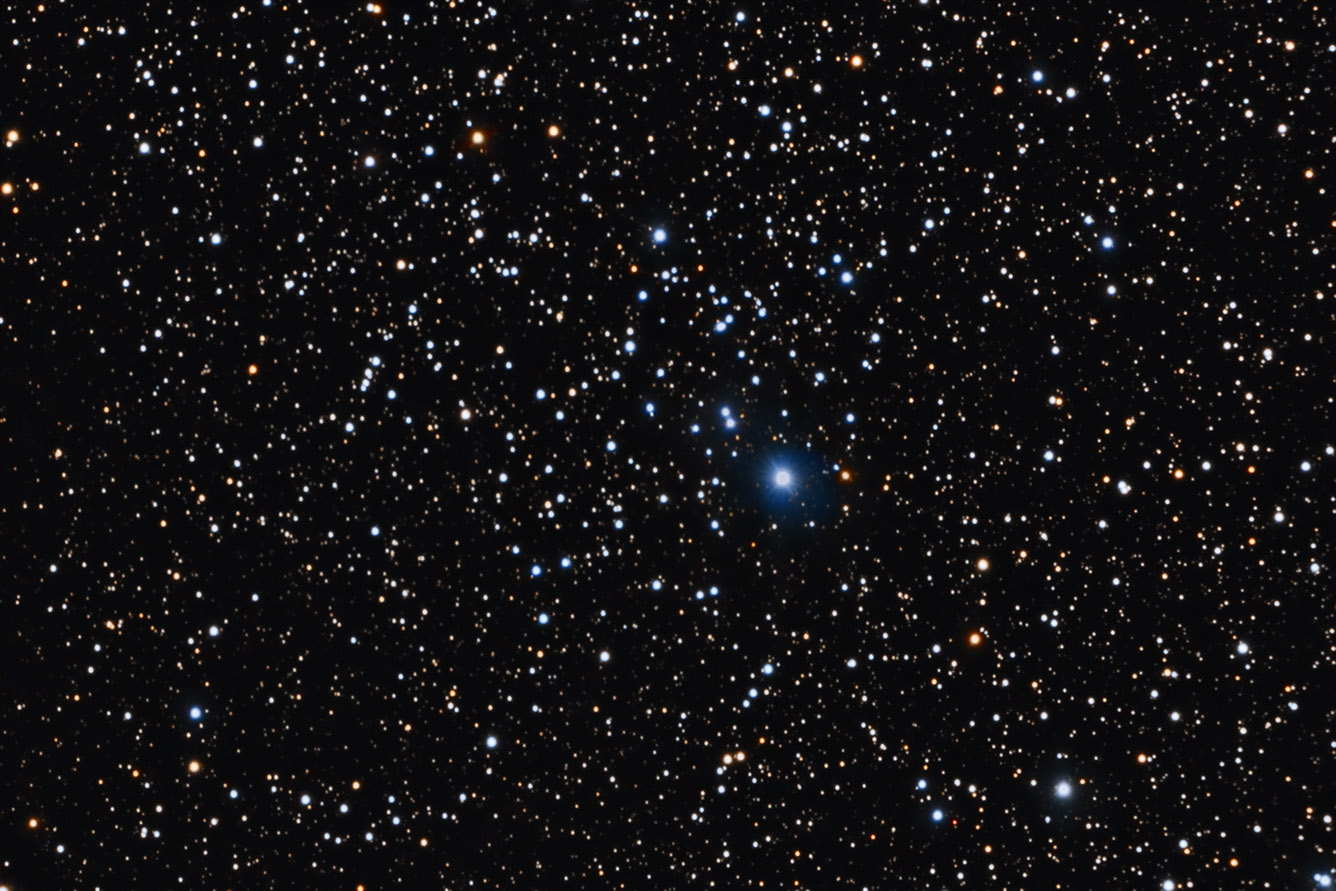 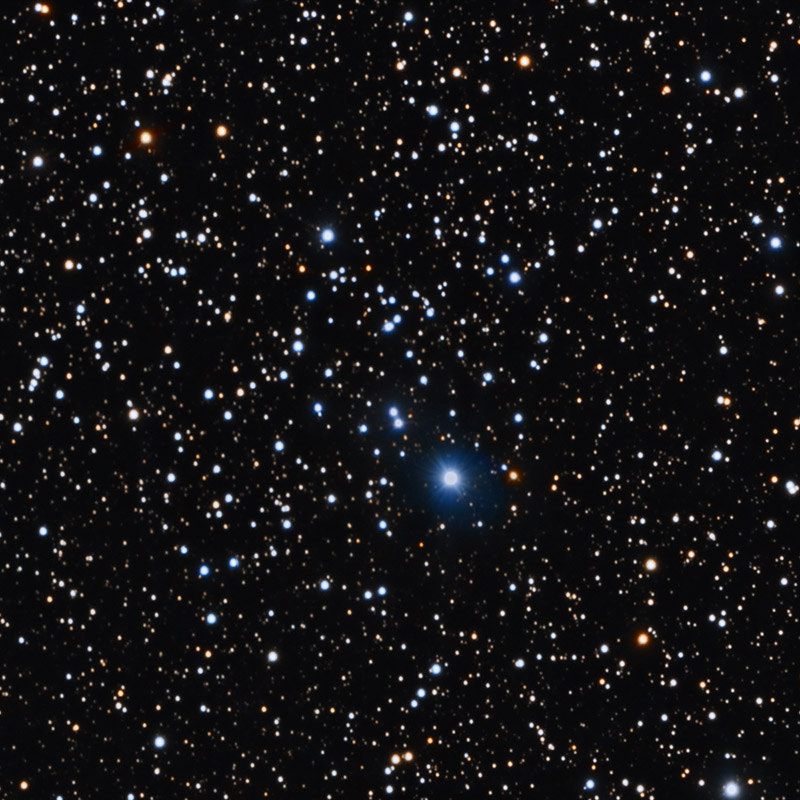