NGC 2357/FGC 0619 is a large flat galaxy in central Gemini seen nearly edge on. Its distance is about 110 million light-years both by redshift and the median of 18 mostly Tully Fisher based measurements. Assuming that distance it is about 115,000 light-years across. The disk appears warped but that may be an illusion seeing its two widely separated arms at a very slight angle. I can\'t make up my mind. Both NED and the NGC project have decided it is an Sc galaxy.

The galaxy was discovered in 1885 by Jean-Marie Édouard Stephan (also written Édouard Jean-Marie Stephan) using a 31.5\" reflector on February 6, 1885. You may know him better from another discovery of his, Stephan\'s Quintet. He was director of Marseille Observatory from 1872 to 1907.

NGC 2357 is a rather lonely galaxy. There are two nearby in my image but unfortunately, nothing in the image but NGC 2357 has any distance data. I don\'t know if either is a related dwarf galaxy or not. I doubt the red one is but the blue one might be. The red one is 2MASX J07175533+231825. The blue one isn\'t in NED as the only catalog they include for this area is the IR 2MASS. Unless a blue galaxy has starburst or near starburst activity it rarely has enough IR to make that catalog. Since nothing but a handful of small in angular size 2MASS galaxies are even noted in NED I didn\'t bother to make an annotated image. 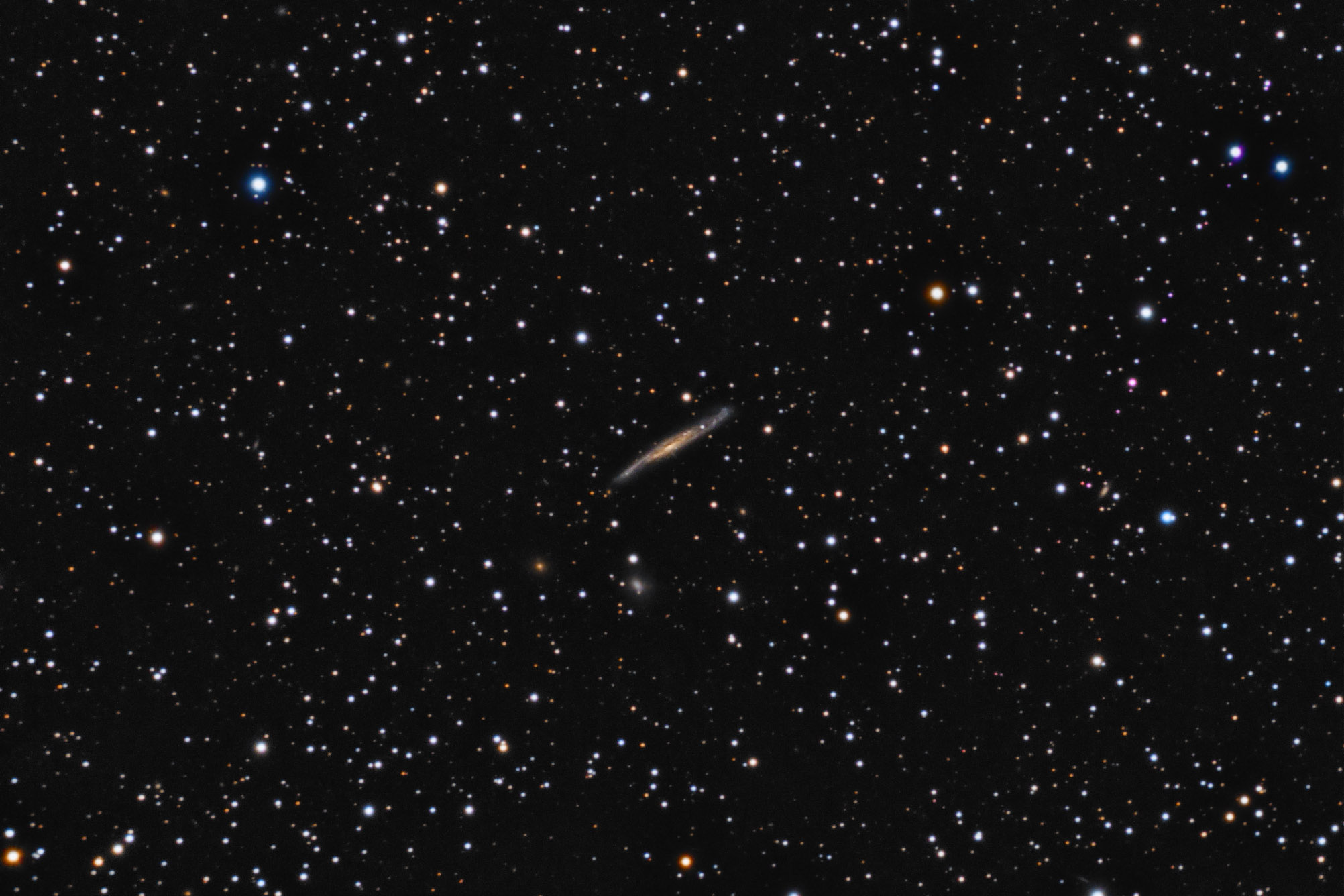 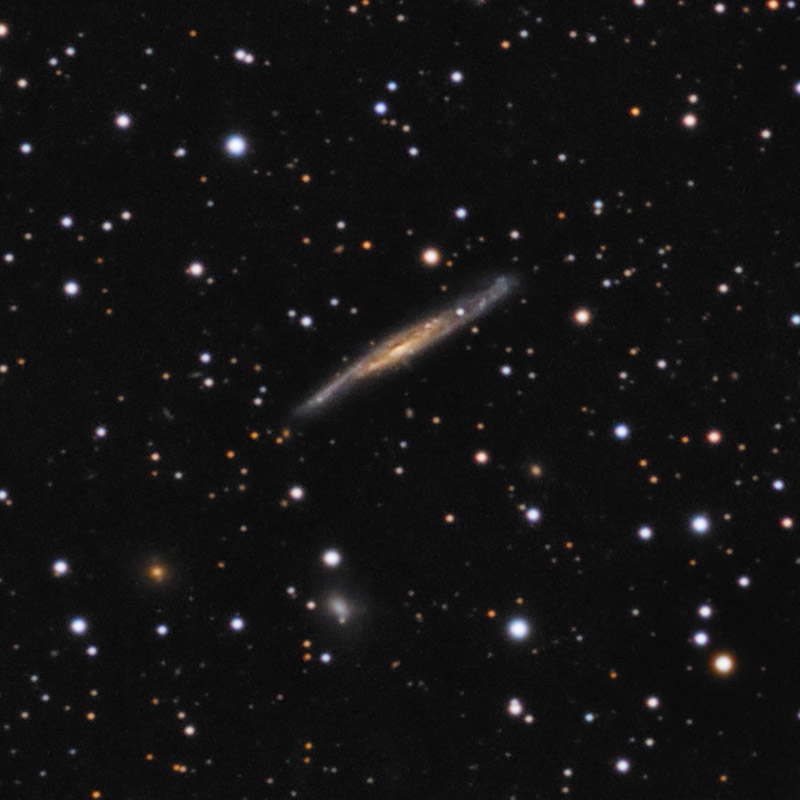