Thor\'s Helmet is NGC 2359. Though being in Minnesota I guess I should call it Viking\'s Helmet. Though Viking helmets had no horns contrary to cartoons. Seeing was poor again making for odd shaped stars but transparency was very high so the shot goes quite deep. I used 10 5 minute shots for the luminosity image and my usual 3 5 minute shots for the color. This is a bubble blown by a Wolf Reyet star. That\'s the brightest one in the bubble, a bit right and up from its center. The gases released by the star are interacting with a large nearby molecular cloud resulting in a red shock front where the energy of the collision is highest. Again, distance is uncertain but most feel it is somewhere around 15,000 light years away. A long distance to see through the dust and gunk of our galaxy. If the distance is right then the bubble is about 30 light-years across. Rather large for a Wolf Reyet bubble. It was discovered by William Herschel on January 31, 1785. It is in the second H400 observing program. There\'s a lot of info on this guy on the net. A Kitt Peak shot of the center along with info on this guy is at:
http://antwrp.gsfc.nasa.gov/apod/ap021205.html

Unfortunately, this is a very early image before I knew much about image processing or how to control read noise of the camera. Being below 13 degrees south it is usually caught in bad seeing. It\'s been on my reshoot list but so far seeing hasn\'t cooperated in over 10 years. 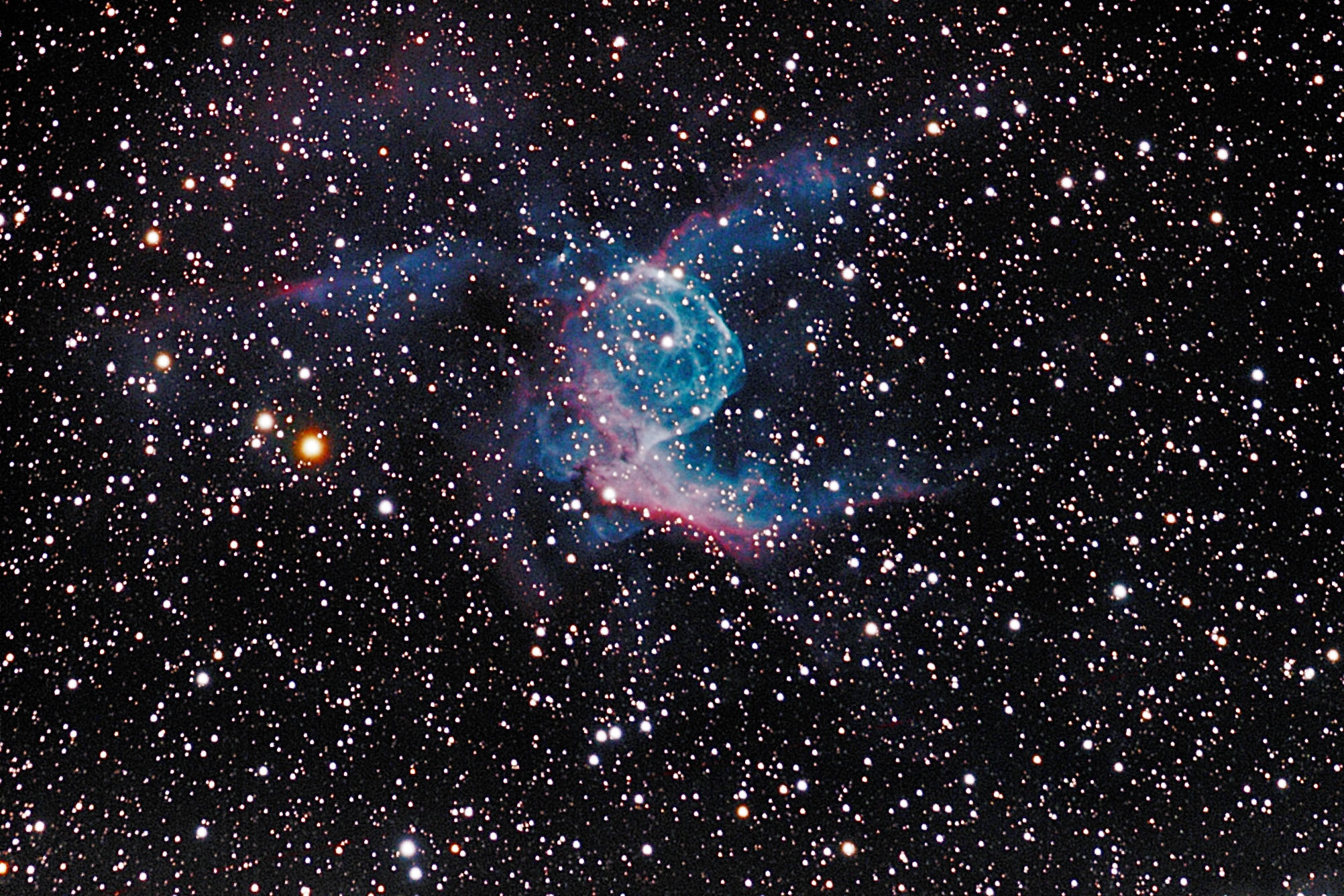