NGC 2541 is a rather shaggy looking spiral galaxy in Lynx about 32 to 38 million light-years distant. Since nearby galaxy redshift can be dominated by other factors than cosmological expansion I\'ll go with the 38 million light-year distance. I measure its size at about 82,000 light-years. I suspect a longer exposure will show it a bit larger. It was discovered by William Herschel on March 9, 1788. It is in the second H400 observing program.

I found only a very few amateur images of it. So while it is a rather large galaxy with detail making it a good amateur target most have either ignored it or overlooked it. Searching forums for visual descriptions by amateurs I found few references to it as well. So I went to the two main Hubble sites and sure enough, the Space Telescope site returned an image when I asked for NGC 2541. Unfortunately, that was an image of NGC 2500! OOPS. Bring on the conspiracy theories, NASA got it wrong! When asked for NGC 2500 it returned the exact same image. I was hoping the two were somehow interchanged but no such luck.

Speaking of errors there\'s an object east of the southern end of NGC 2541 that NED shows as a galaxy. It gives it a redshift of 5.851988. That puts it less than a billion years from the beginning of the universe. Could a galaxy large enough to show as more than a pinpoint on my image grow that large in so short of time? I\'ve labeled it as G which is what NED shows it as but added Q? Since the redshift is known to be spectroscopically determined an error on that is unlikely but not impossible if someone crossed a line on some table looking it up. Since I see it slightly larger than a star an error likely is involved here in some way. While I show it as nearly round NED says it is .1 by 0.1 minutes of arc in size. That\'s a streak not nearly round. That also makes it 370,000 light-years in size. Anyway, I seriously doubt I actually imaged a galaxy at that distance. It is SDSS J081533.03+490143.7 for those wishing to dig further into this mysterious object. 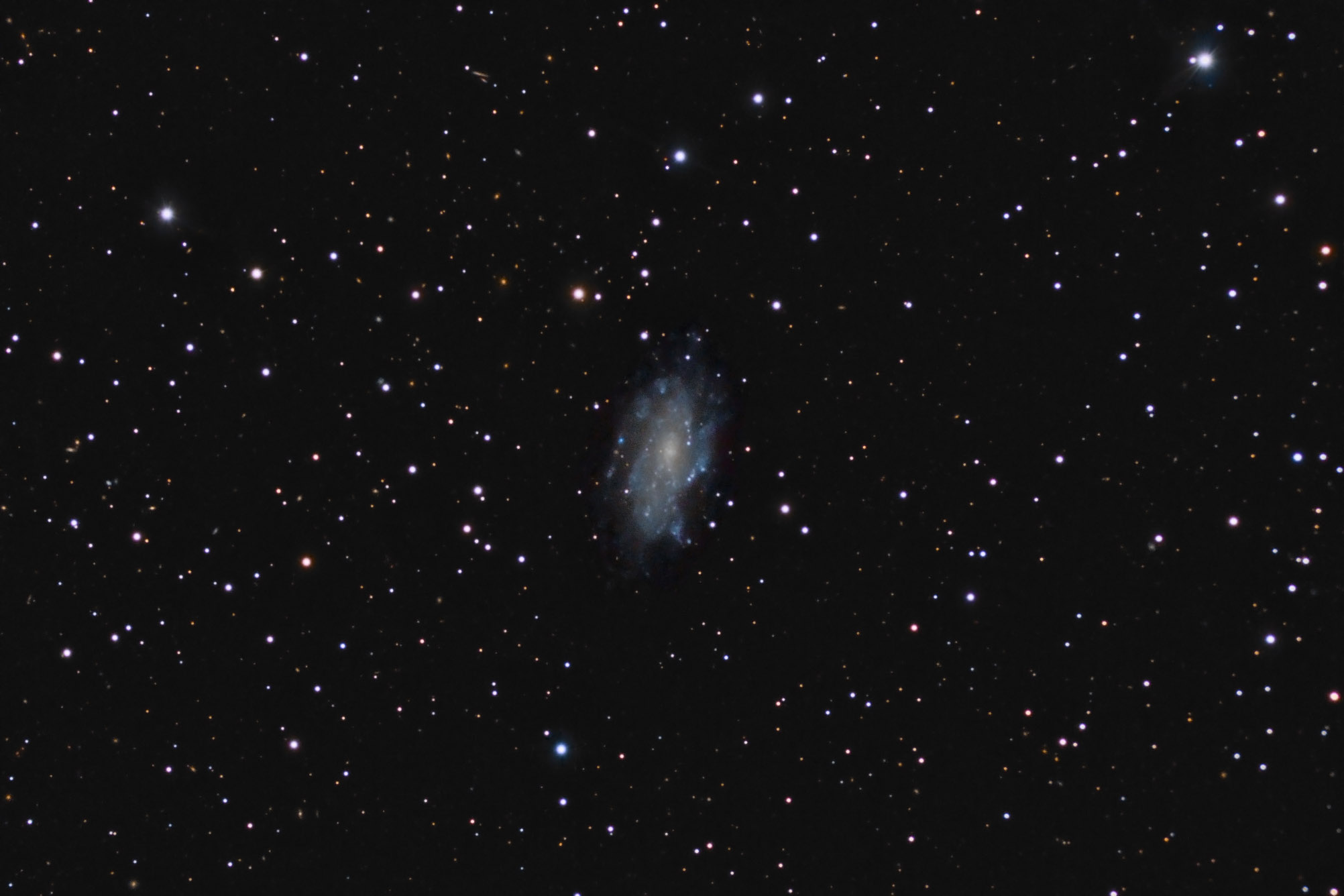 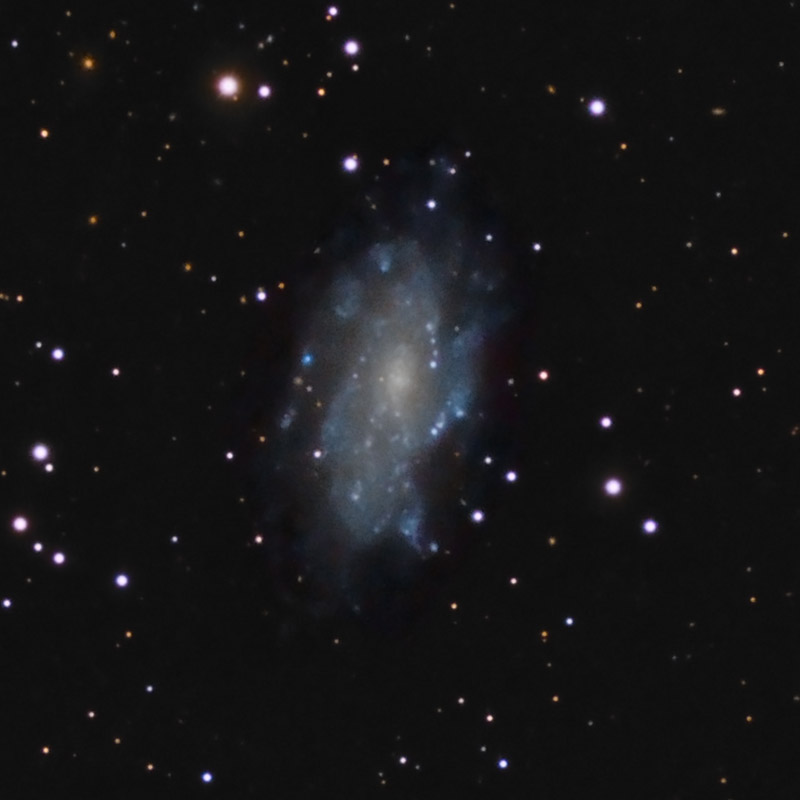 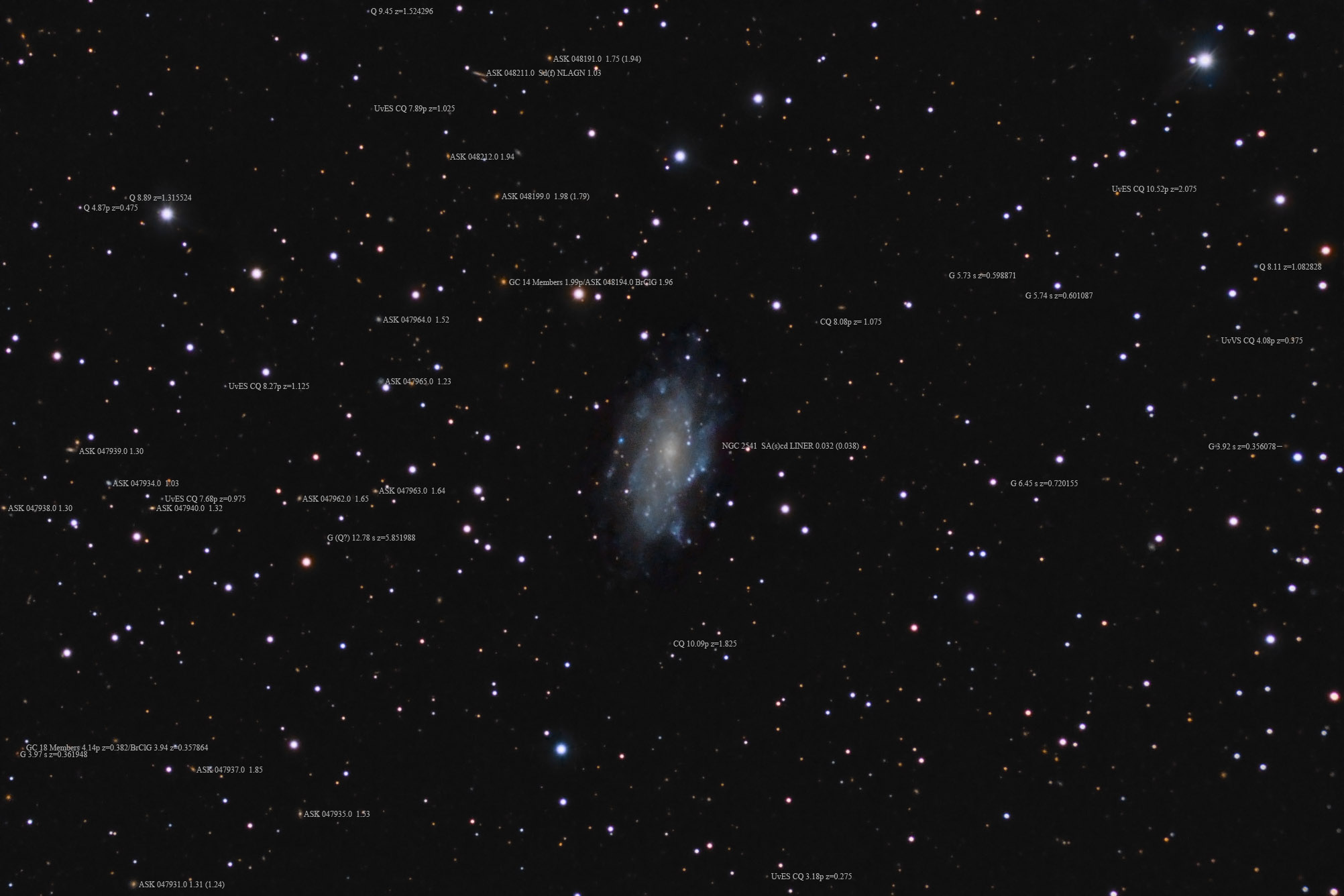