NGC 2683 is a flocculent galaxy with lots of dust, located in Lynx and only about 20 million light-years away. With a major axis of 9.3\', its size would be about 54 thousand light-years. Pretty typical and far smaller than the Milky Way galaxy. Seeing wasn\'t all that great so I failed to pick up much of the flocculent nature of the galaxy. My poor imaging conditions did a number on the color I\'m afraid. I retook the color on three different nights never getting good data but for one blue frame. I ended up using the best two of the other colors. Seems for the last year imaging conditions have been less than poor so this will happen quite a bit.

While there is no official release of a Hubble Space Telescope image of this galaxy an amateur, Nikolaus Sulzenauer, used the data at the Hubble Legacy site to create a great image of this galaxy. Its flocculent nature is very obvious in the image as is the huge halo of stars obscuring the far side of the galaxy. Click on the image for a full-size view.
http://apod.nasa.gov/apod/ap101011.html

It was discovered by William Herschel on February 5, 1788. It is in the original H400 observing program. My notes from that on April 14, 1985 on a humid night limited me with my 10\" f/5 at up to 100x reads; \"Edge on galaxy. Gradually brightening toward the center. No nucleus seen. No dark dust lane seen to it is still a very pretty galaxy and should be interesting in any telescope of 6\" or larger.\" It appears I didn\'t notice the dust on the northwest side of the galaxy. Maybe this was due to limitations due to the humidity dimming the galaxy.

AGC 180805 is the galaxy off its southeast end. At over 800 million light-years it is a very large spiral. NED puts its major axis at 0.81\' which works out to be about 194 thousand light-years for its diameter. That is one huge spiral! Probably in the top 0.1% for size (only an estimate so don\'t quote me on this).

For the annotated image I included a catalog reference for all closer than 1 billion light-years though in many cases this consists only of its j2000 coordinates.

Several galaxy clusters are in the image. All but one has a Bright Cluster Galaxy at its center though oddly its distance never was the same as that listed for the cluster. The difference was well within the error bar of such measurement. Still, I\'d think some agreement as to which is the one to use would be reached.

GC MaxBCG J133.33978+33.27499 is to the southeast of NGC 2683 at a distance of 1.6 or 1.7 billion light-years. Being closer its BCG is far larger. It is listed as containing 11 members, again with no size. Several other galaxies are noted in the area with a distance of about 1.6 billion light-years. I assume they are members of the group. Being close it would spread out more.

The other two clusters likely refer to the same group. They are in the upper right corner of the image. ZwCl 0848.5+3341 has nothing to mark its center. I\'ve drawn a line to about its center position. I may be off a few pixels. It is listed as having 46 members in a circle 7 minutes in diameter. Its distance is listed a5 4.1 billion light years. While I see faint fuzzies all around this position far more are seen to the north. This brings us to the last cluster.

WHL J085139.0+333112 is located just above and a bit east of the Zwicky cluster. It is listed with 58 members but no diameter. Its distance is listed at 4.0 or 4.2 billion light-years. Neatly boxing in the 4.1 billion light-year value for the Zwicky cluster. It appears to have to BCG but only the southern one has that distinction but the northern one has the coordinates of the cluster (within 1\" of arc). I\'m confused.

There is one asteroid in the image. It is noted on the annotated image southeast of NGC 2683. The minor planet center lists its estimated magnitude at 19.6 which seems reasonable.

Seeing was poor when this was taken. Lots of detail is fuzzy because of the poor seeing. For this reason, I\'ve not included an enlarged image. I need to reshoot this one under better seeing conditions. 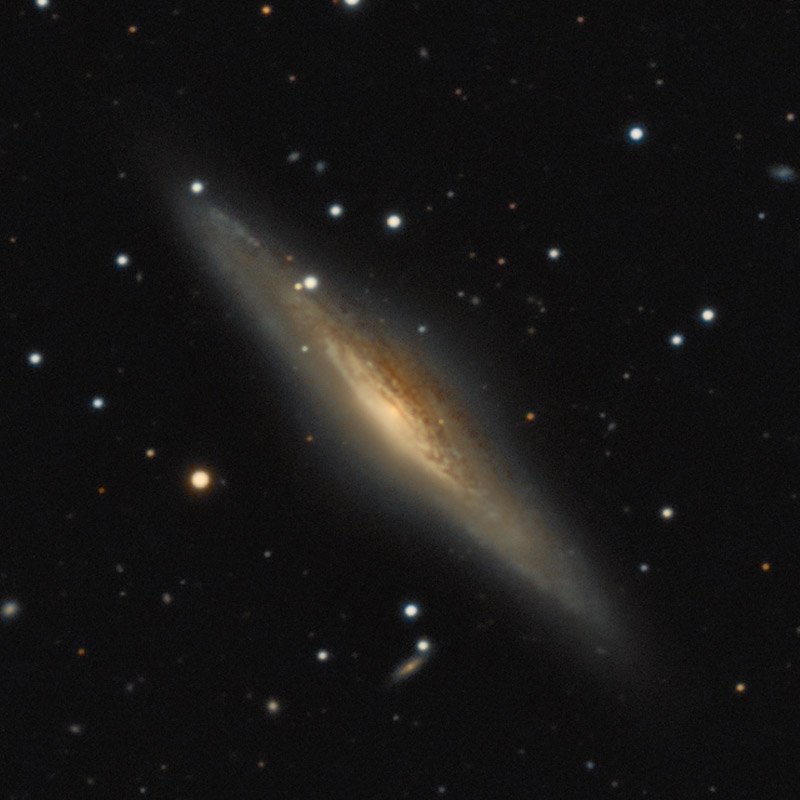 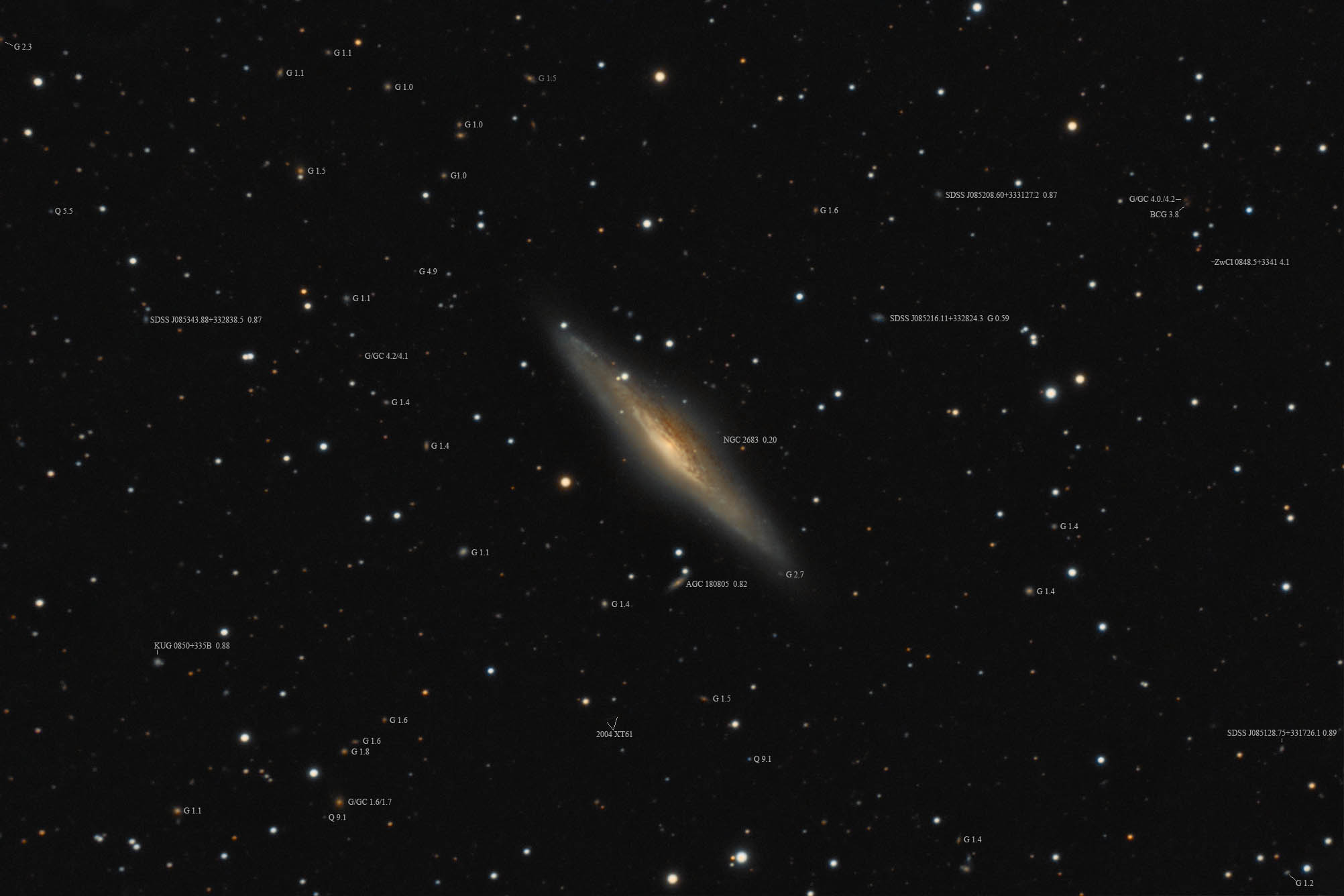 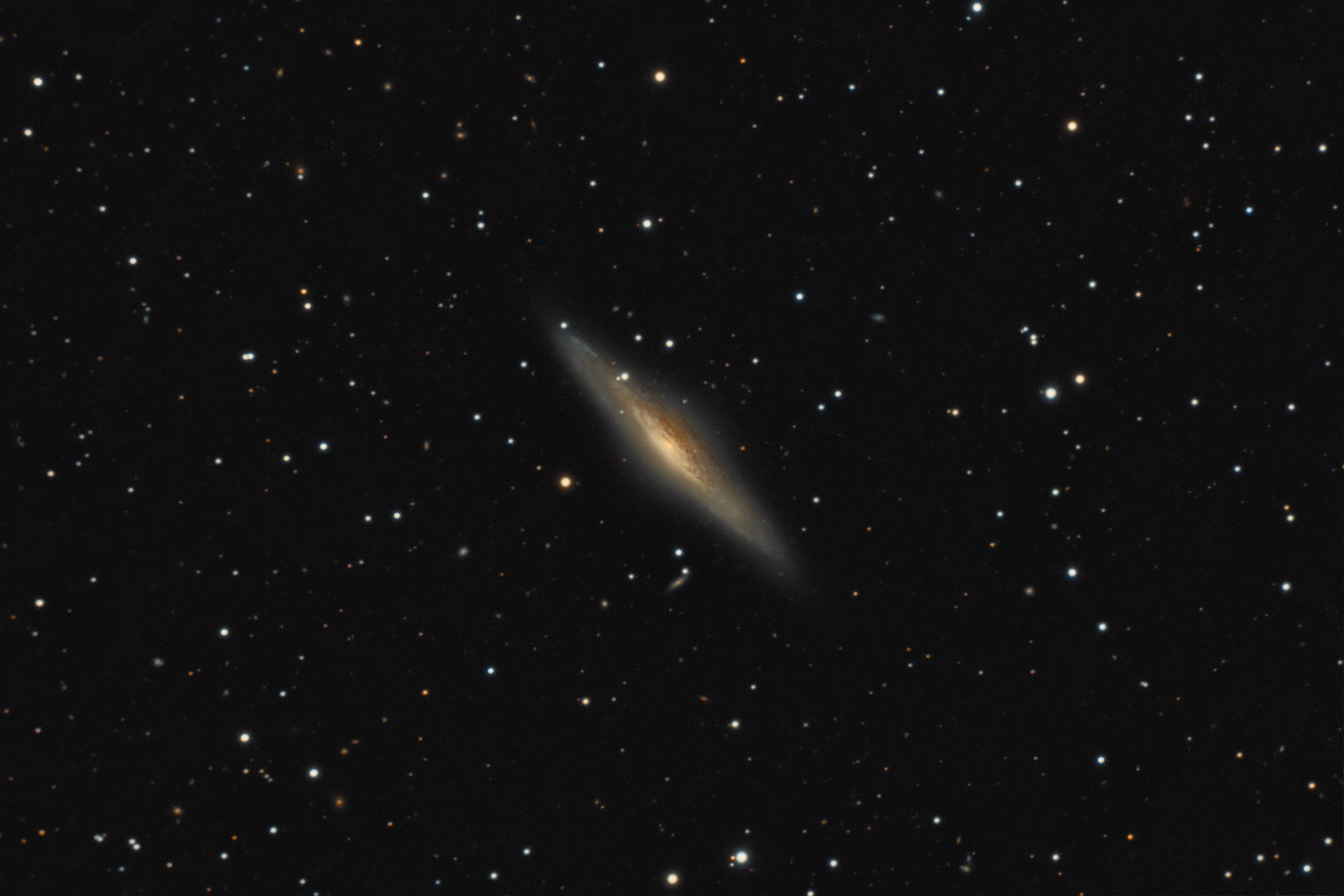