NGC 2715 could have made Arp\'s atlas of peculiar galaxies under the classification of one heavy arm. It is likely related to Arp 225 located about 40 arc minutes to the west-northwest. They both have similar redshifts. Distant interaction in the past with Arp 225 may have created the pulled out heavy arm. NGC 2715 is also unusual in that its arm segments begin right at the core rather than coming off of two main arms. NGC 2715 is located in Camelopardalis west of the tail end of Draco. It was discovered by Alphonse Borrelly sometime in 1871. He was a French astronomer mainly interested in finding comets and asteroids but did find 5 new NGC objects, including this one.

The field contains two Abell galaxy clusters, Abell 719 and Abel 738. Abell 719 is richness class II which means it has 80 to 129 galaxies in a particular limited magnitude range. Morphology III means it has no large galaxy and is without much if any condensation. It is listed as 20 minutes across which means it overlaps the other Abell cluster on the east side of the image, Abell 738. It too is richness class II but is intermediate between morphology group II and III which means it has some larger elliptical galaxies but little condensation except right near these larger galaxies. Its diameter is even larger at 24 minutes. There is a third galaxy cluster in the image NSC J091248+780302. Actually, it is listed as a candidate cluster but with a redshift virtually the same as Abell 0738 and no size I have to think these two refer to the same cluster. Likely the latter refers to the denser center region of Abell 738.

This far north NED has little else on the field. Most of the \"major\" galaxies in the image aren\'t even listed at NED and those that are rarely had redshift data. Those that did were just members of the Abell clusters with similar distances. Also, their positions were rather vague making it difficult to tell which of two galaxies were being referred to. I didn\'t list them in the annotated image. Thus those galaxies I did list were lone galaxies easily identifiable with vague coordinates. The exception was PGC 213564 which was accurately listed in The Sky.

The blue color channel was severely damaged by clouds. Retakes were even worse. I suspect the blue data but am posting this until I can get better data. 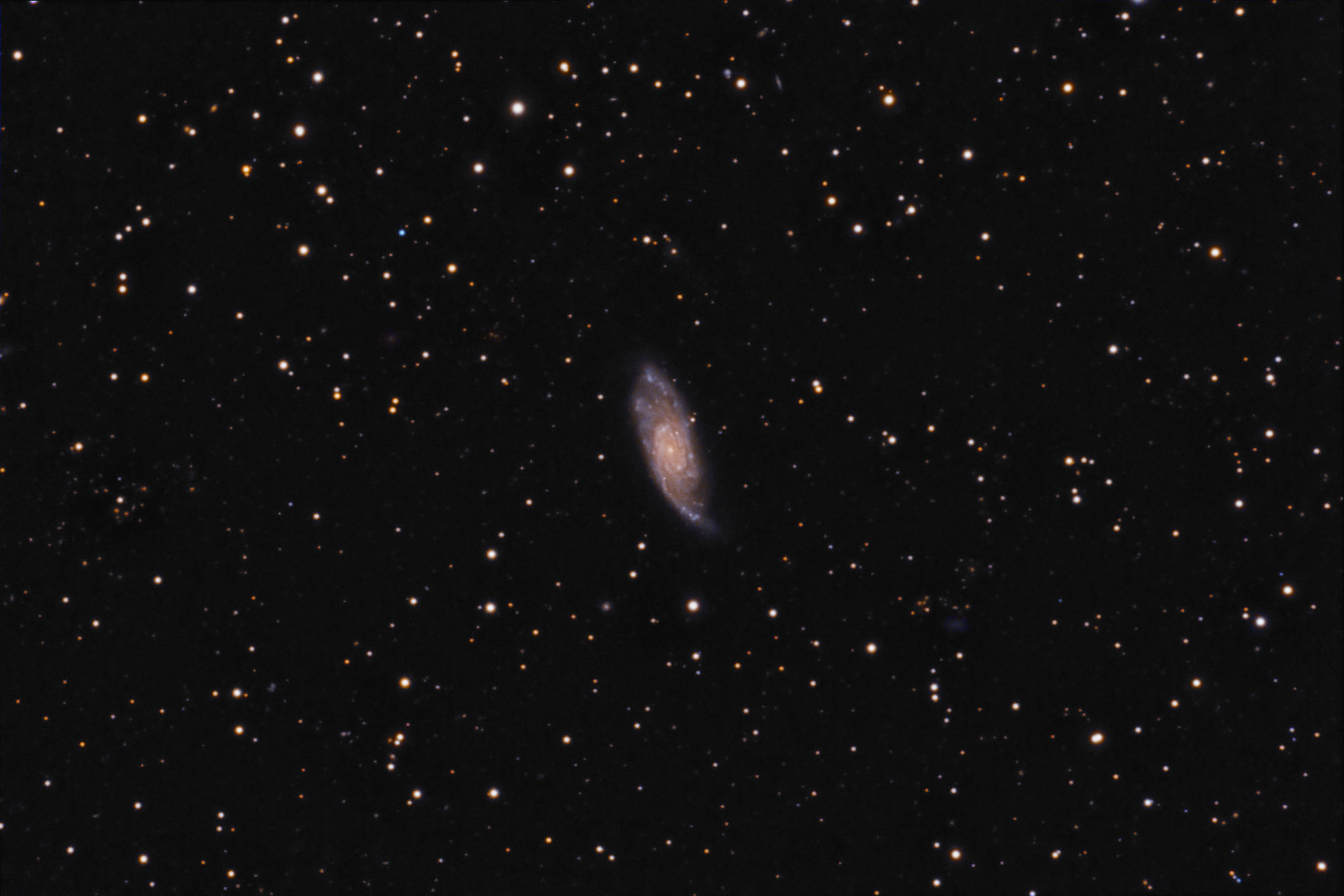 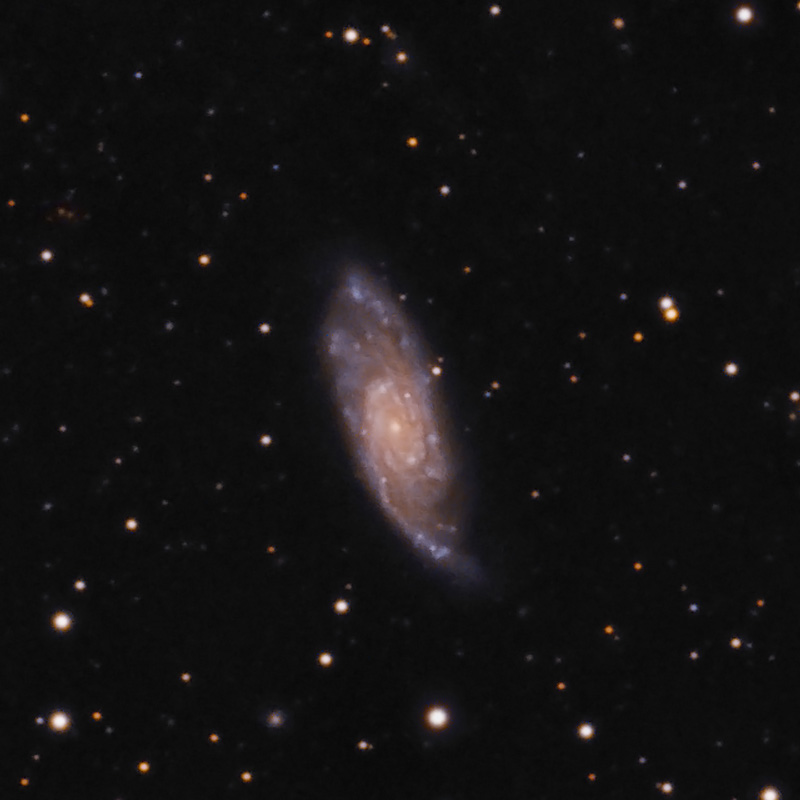 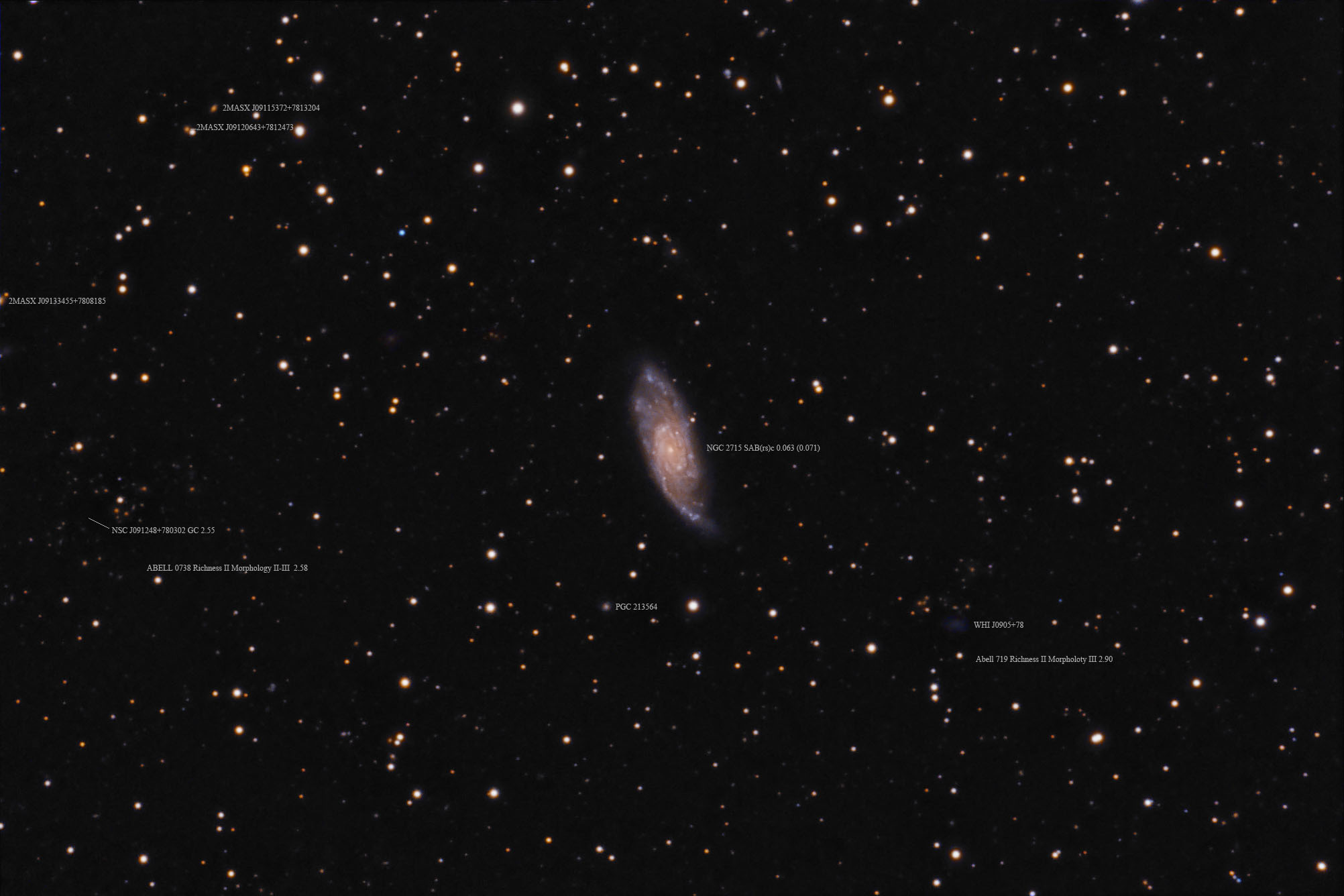