NGC 2744 is the strange galaxy in the NGC 2749 galaxy group which is located in Cancer the crab. It certainly is a train wreck of a galaxy. It is often considered a double galaxy. The southern part is also known as LEDA 200248. Is it a separate galaxy or part of the mess that is NGC 2744? Seligman considers it the latter. It is obvious something collided with what was a normal spiral galaxy. Is the southern piece the offending galaxy. If not what happened to the colliding galaxy? I find no other candidates. The north going plume may be stars ripped from the colliding galaxy and the southern blob what is left of it -- or not. I find no studies of star rotation in the main galaxy. If it has digested the colliding galaxy it should show in a study of the motion of the disk stars. But I find this one has been mostly ignored since 1985 with most papers only discussing its visual appearance and debating if the southern part is a companion or not. Until more to the contrary, I vote that the southern blob is likely the remains of a colliding galaxy. I say this as to my eye the north plume passes behind the northern galaxy then reappears below it much brighter and joins the lower blob. If so that shows the lower blob to be the most likely source of the plume, probably showing its path to the train wreck. In any case, it will eventually become part of the galaxy which will likely retain its spiral nature. Like many of the NGC galaxies, it was discovered by William Herschel on March 21, 1784. It isn\'t in either of the H400 observing programs.

NGC 2749 anchors the group. It is listed as being an E2 or E3 galaxy depending on who you listen to. It is about the same distance as NGC 2744. Seen in or through it is an object NED calls a galaxy. It has the same redshift as NGC 2749. So is it really just part of NGC 2749, the tiny core of something it is digesting or possibly a huge globular cluster in it? Somehow Herschel missed this big and bright galaxy. It stayed unnoticed until Heinrich d\'Arrest found it on March 5, 1862. How such a big and bright galaxy was overlooked for so long is unknown.

NGC 2752 is the last NGC galaxy in the group. But not a true member if its redshift is right. That puts it twice as distant as the other three NGC galaxies. It is listed as a barred spiral but is seen so edge on details are hard to see. Seen face on I suspect it would be a very good galaxy. Like NGC 2749 it was somehow overlooked by Herschel but also by d\'Arrest. It wasn\'t until March 28, 1864 Albert Marth found it, one day before seeing NGC 2747.

Two other NGC galaxies are just out of my field of view to the south. I was planning on just taking NGC 2744 but the framing shot turned up NGC 2749 and 2752 near the edge of my frame. To better show them I moved the scope west and only slightly south not realizing the other two were just out of the frame.

I\'ve prepared an annotated image showing all that NED has redshift values for. 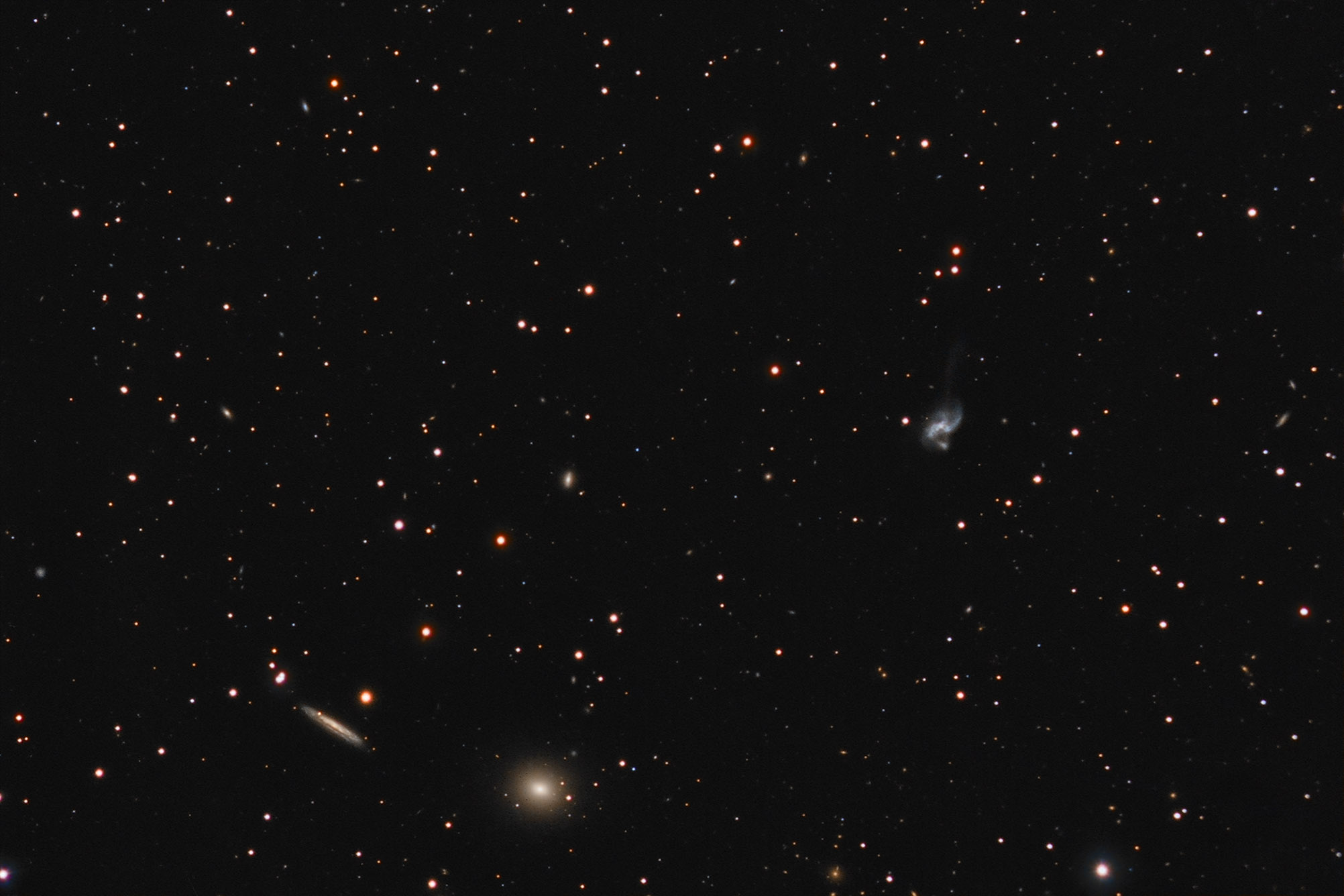 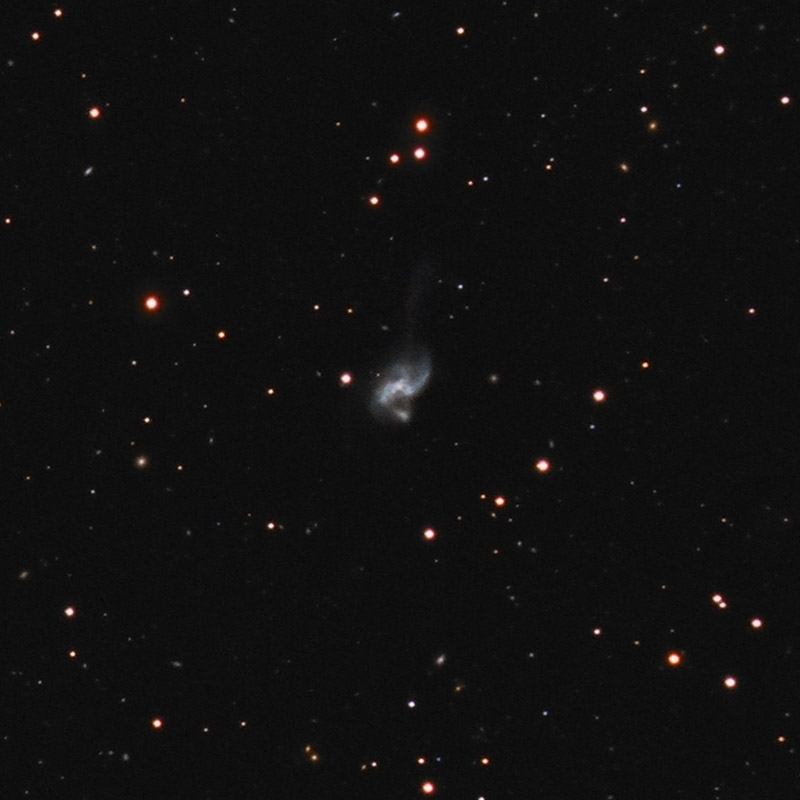 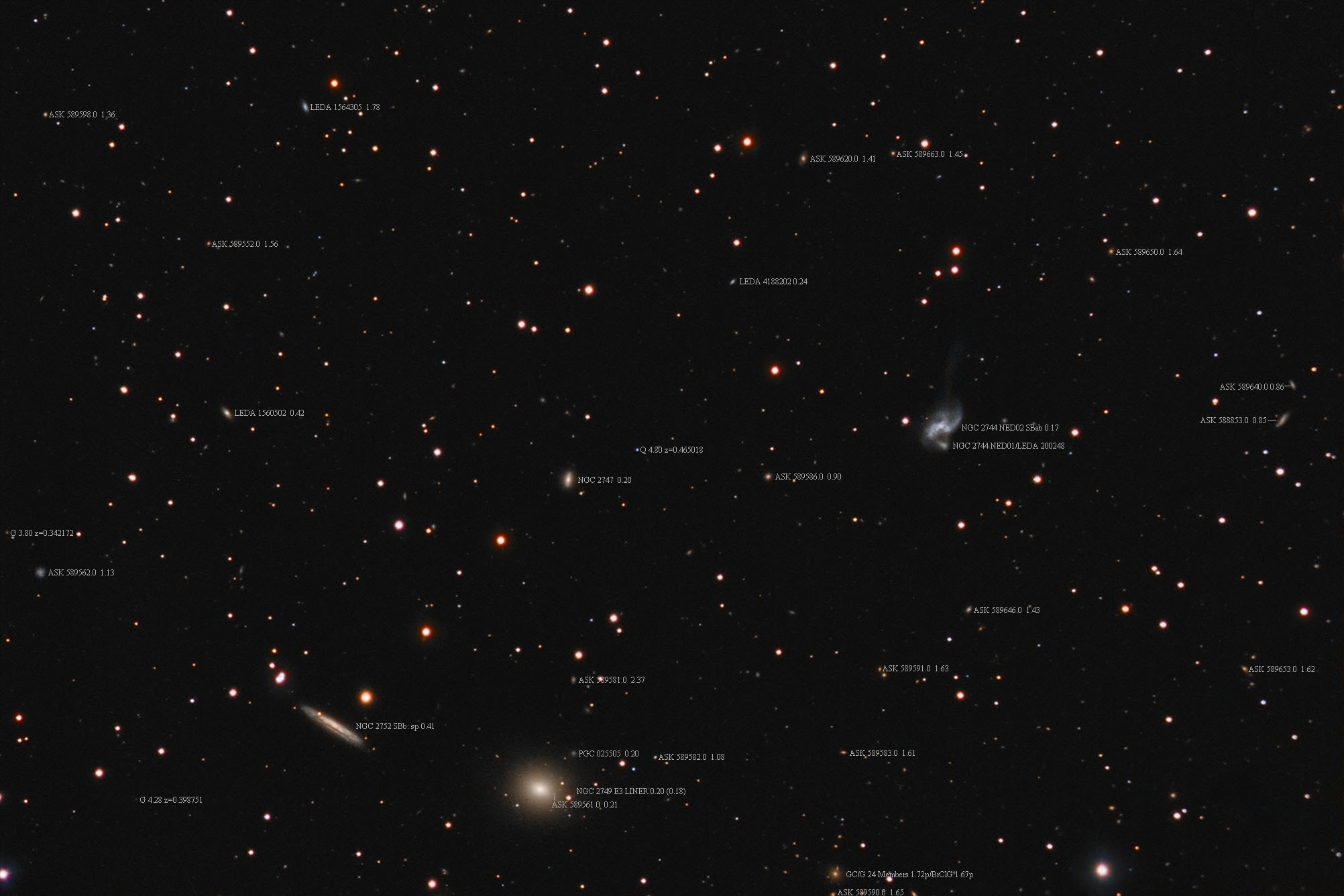