NGC 2776 is a nice somewhat ragged face on spiral galaxy in Lynx under the front legs of Ursa Major. Redshift puts it at a distance of 130 million light-years while other measurements say it is closer at 91 million light-years. It has a large faint region to the north and another to the south. Including these, I get a size of 141,000 light-years assuming the larger distance and 98,000 if the shorter distance is used. NED classifies it as SAB(rs)c. Are its drawn out, faint arms due to interaction with some other galaxy? I can\'t find any likely candidate unless it has merged with NGC 2776. Seems possible to me though I didn\'t find anything in the literature to support this.

The field contains many galaxies, some seen right through the edges of NGC 2776. None seen through the galaxy had redshift data. In fact, most galaxies in the image had no redshift. Those who did are in the annotated image. A couple edge on distant galaxies I wanted to know about didn\'t have much info but I labeled them anyway.

It was discovered on March 19, 1828 by John Herschel, one his dad missed it seems.

In the annotated image CQ stands for candidate quasar. The one above NGC 2776 only has photometric redshift data. This can often just be a star in our galaxy but NED seems to give this one more validity than most so I included it. Normally I omit these. A \"p\" after the distance indicates it is known to be photometric. An \"s\" shows NED has verified it is spectroscopic. Those with neither label are unknown. But if the redshift is longer than 4 significant digits it is likely spectroscopic. For more distant galaxies and quasars, I also provide the redshift value as it is a better way to judge distance than a simple redshift look back time distance. The time light travels to reach us gets rather misleading at larger distances since the object was much closer when the light left and much more distant \"now\" than the redshift look back time. For instance, the galaxy at the top of the image a bit right of NGC 2776 has a look back time distance of 6 billion light-years. But the light left it when it was only 4.66 billion light-years away. Thanks to the expansion of the universe it needed another 1.34 billion years to reach us. Currently, it is 7.66 billion light-years distant but we are seeing it as if it was only 4.66 billion light-years distant not the 6 billion you might expect. As the z value grows so does the differences in these distance estimates. Take the quasar the lower right at a z of 1.304733. It\'s look back distance is 8.85 billion light-years but the distance when the light left it was 5.72 billion light-years and its \"current\" distance is 13.18 billion light-years, almost the edge of the universe. By a z of 1.4 it would be further than the age of the universe. The z value allows you to determine these distances using your own values for the universe\'s constants such as Hubble\'s constant OmegaM and Omegavac. I used Ho of 70.5, OmegaM of 0.27 and Omegavac of 0.73. You can use more modern values either based on HST images or the cosmologic microwave http://www.astro.ucla.edu/~wright/CosmoCalc.htmlbackground. These give somewhat different values. See http://www.astro.ucla.edu/~wright/CosmoCalc.html for one such calculator. 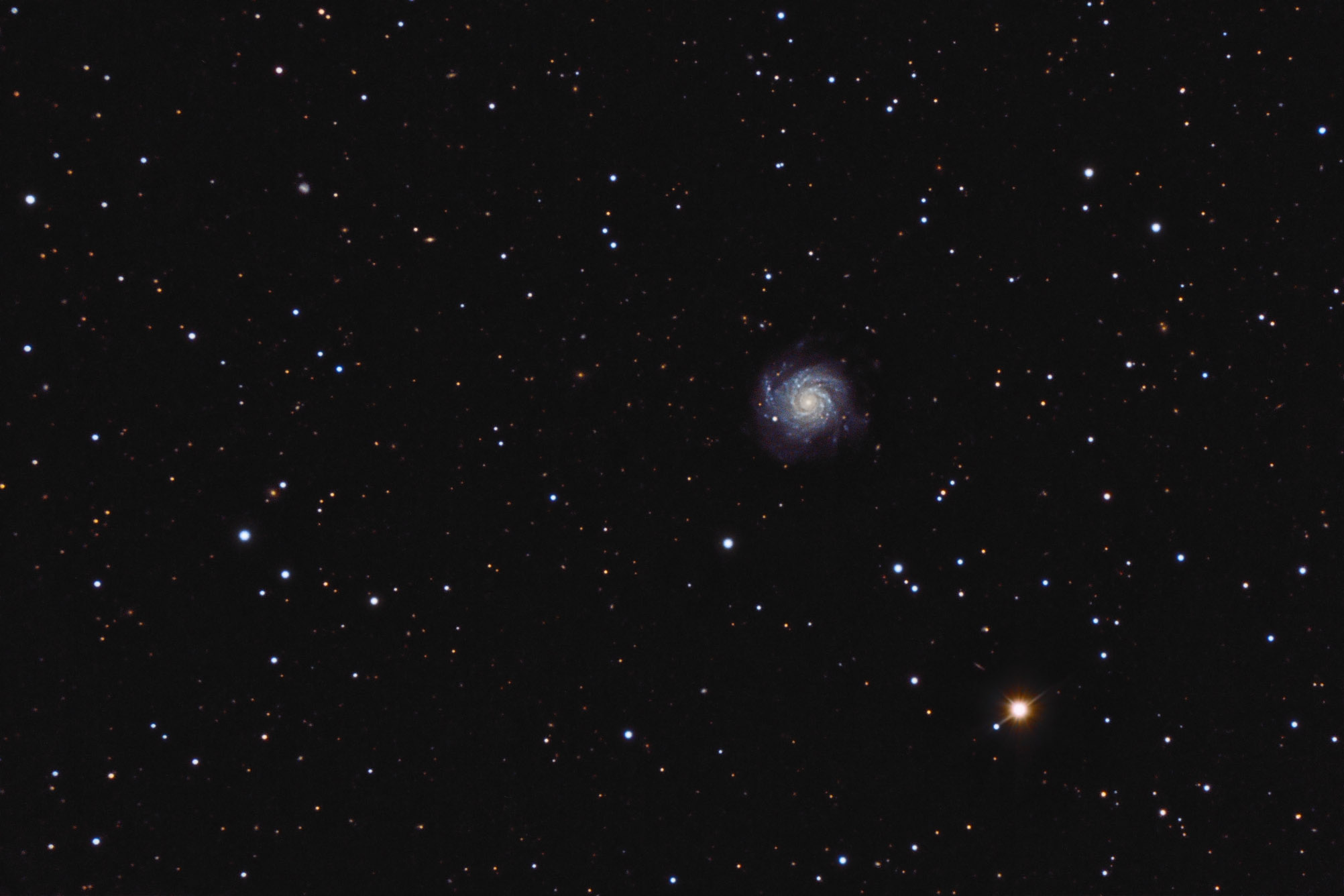 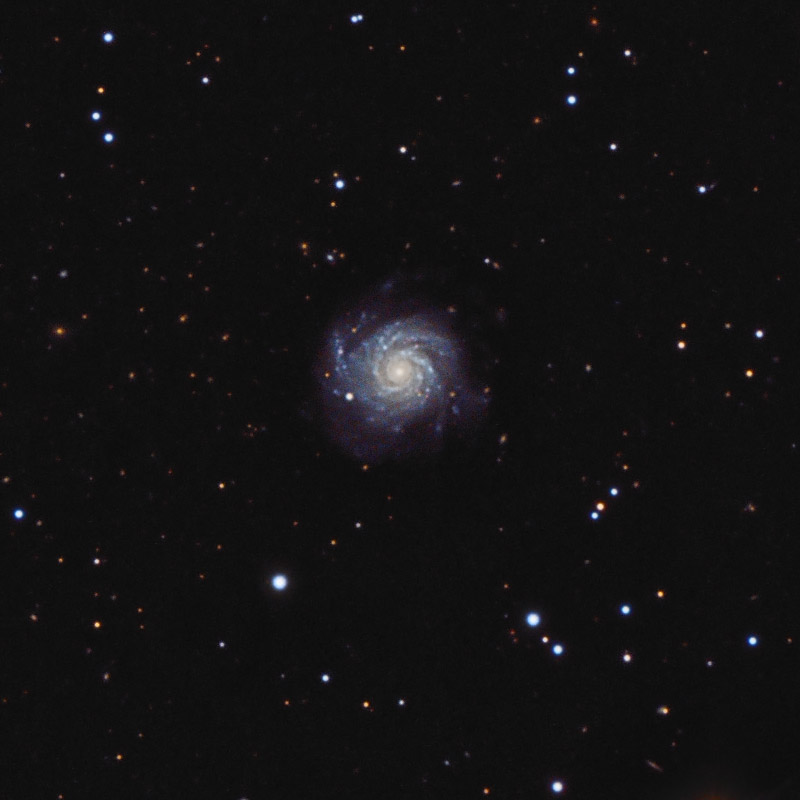 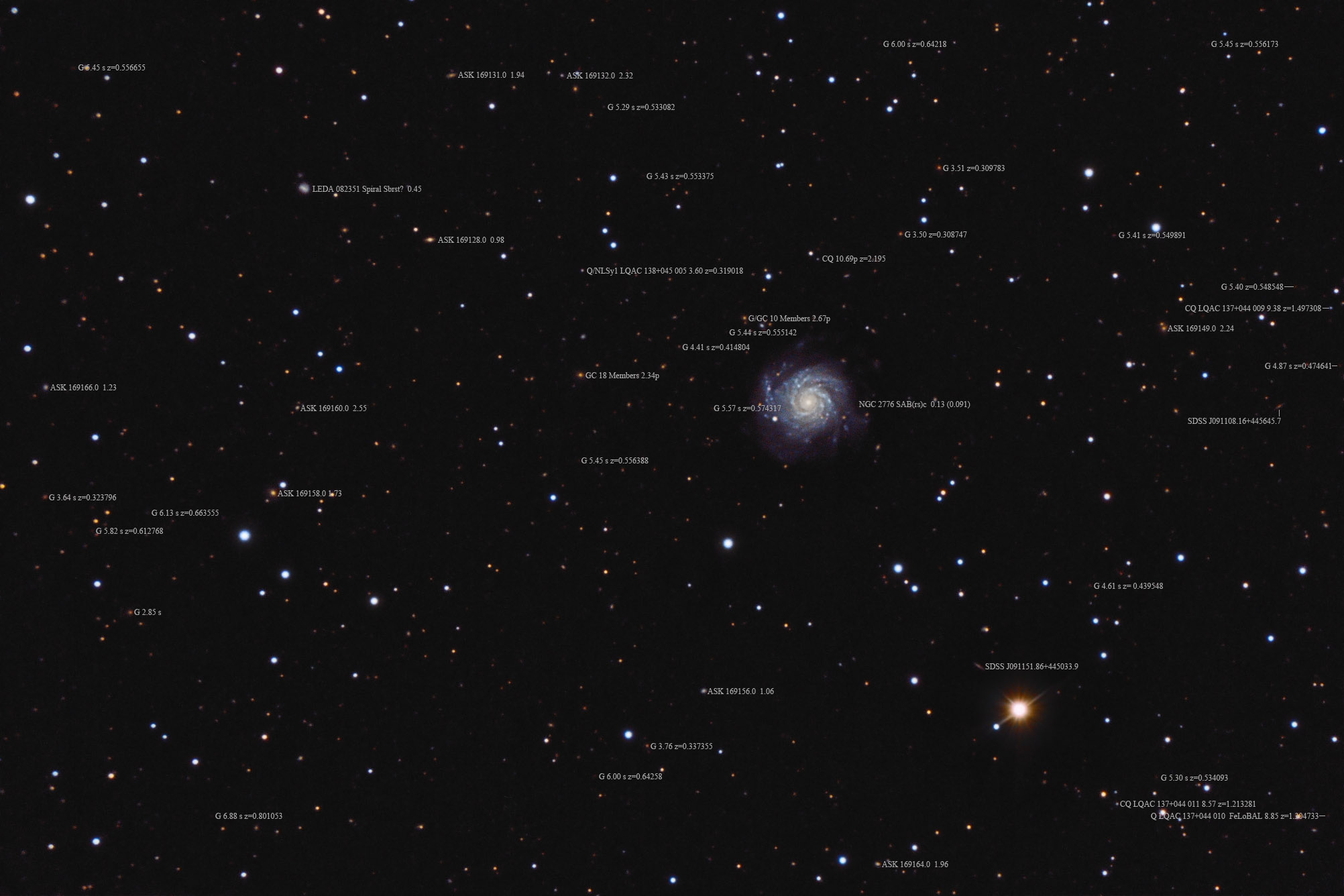