The NGC Project classes it as SB(0) while NED says SB(r)0+ LINER. So it has an active core. The HST image shows a lot of fine dust rings around the south side of the core. I didn\'t resolve the dust rings but do see a hint of their color along the south side of the core. I have no idea if this is due to those bands or just coincidental noise due to my short integration time. The location is correct at least. I see only a hint of the bar other than the bright regions where it joins the ring structure. Its red color indicates star formation has been very low for a very long time so all the blue stars have long since burned out or are hidden behind thick dust.

For more on this one see the HST image and info at http://heritage.stsci.edu/2002/07/index.html . The HST image covers a square of 37 pixels around the core in my image.

The galaxy to the upper left is UGC 04944. NED has no redshift distance for it so I don\'t know if it is related to NGC 2787 but rather doubt it is. It is a Scd: spiral seen nearly edge on.

The entire image is bathed in faint galactic cirrus which came as a surprise to me when processing the image. After seeing it on the first night\'s images I went back the second night to help bring it out. Unfortunately, airglow was much higher so it was not nearly as strong but seeing was better. I combined all 8 frames which helped resolution but hurt the cirrus. I need to retry this on a good night with low airglow. Rarely happens here of late, however. 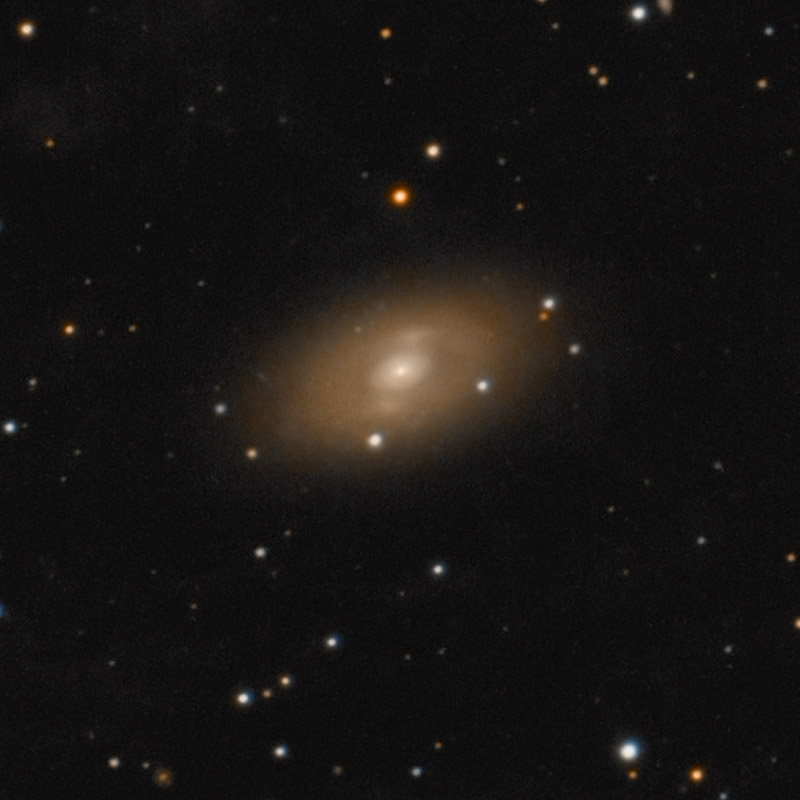 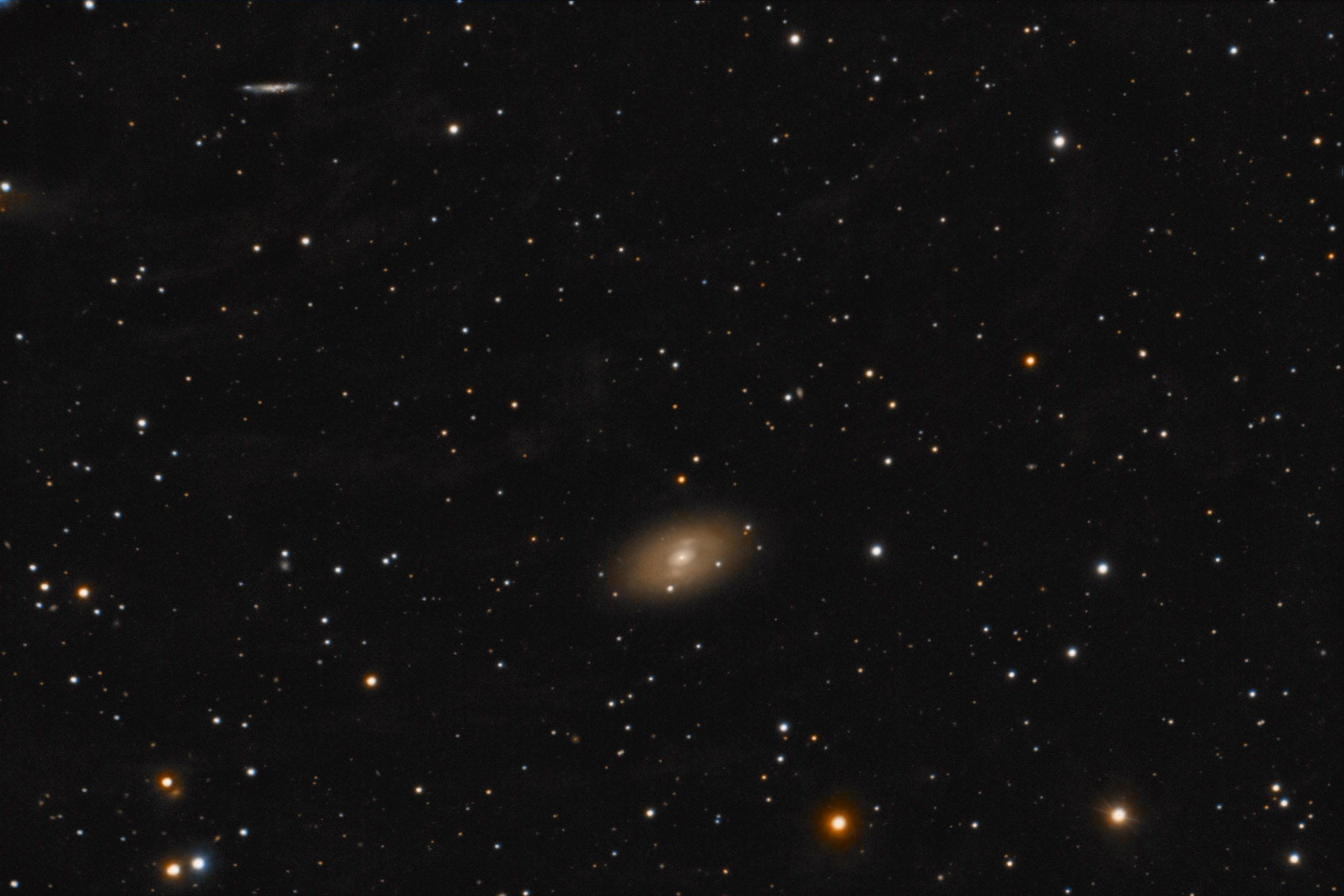