NGC 2903 is found just off the nose of the Leo the Lion and is big and bright enough that it should have made Messier\'s list but for some reason didn\'t. Frost was more of a problem on this one and the cold also caused the brighter stars to \"bloom\" to the right making them lopsided. This is a problem I\'ll address when working on the heaters. It too only shows up when the camera is run at very cold temperatures. Edit: The front of the optical window can frost on very cold nights. I now combat that with an extra heater on the window and desiccant in the telescope itself so it isn\'t a problem anymore but was when this early image was taken.) The galaxy is short red and some green due to the frost problem thus is way too blue. (Edit: easy to deal with but I didn\'t have the skills and tools needed when this was processed. On the bottom edge of the galaxy just left of center is a knot of stars that at one time were thought to be a separate galaxy. Thus it was given its own NGC number as NGC 2905. You might wonder why it isn\'t 2904. The NGC catalog is ordered by Right Ascension (similar to longitude on the earth) at the time the catalog was first created. The wobble of the earth\'s axis called precession has changed the RA order of the galaxies since then but they kept their original order. It turns out 2904 is a galaxy too far south for me to image (though it is above my horizon) in the constellation of Antlia -- the air pump. Bet you non-astronomers never knew there was an air pump in the sky!

NGC 2903 was discovered by William Herschel on November 16, 1784. It is in the original H400 observing program. My entry from April 15, 1985, on a humidity limited night using my 10\" f/5 at up to 120x reads; \"An old favorite. Large tilted spiral galaxy with a bright nucleus. Arms to the northeast seem brighter and more extended than those to the southwest of the nucleus.\" I doubt, due to the humidity, I was not seeing the fainter arms. They seem rather similar but the inner brighter region does appear to fit my visual description.

You can read a bit more about this galaxy and see a Hubble shot of the center of it at:
http://www.seds.org/messier/xtra/ngc/n2903.html 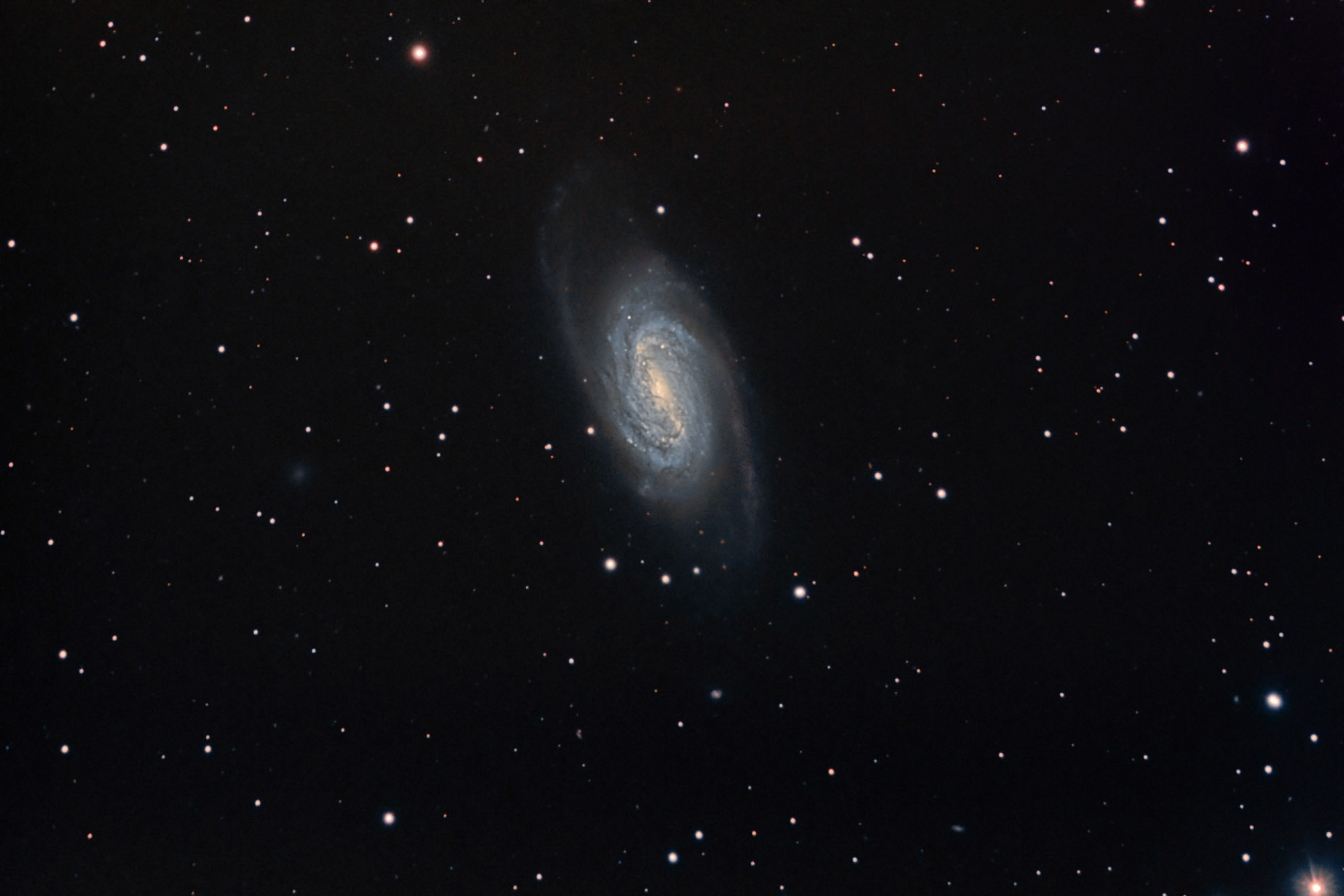