There are three NGC objects in the image located in northeastern Leo Minor. NGC 3294 was my main target as a rather photogenic spiral galaxy that is in the original Herschel 400 list having been discovered by William Herschel on March 17, 1787. It is 85 million light-years distant by redshift and 93 million light-years by the median of many mostly Tully Fisher measurements. The other NGC galaxy is NGC 3304 also discovered by William Herschel the same night as he found NGC 3294. It is nearly 3 times as distant at 330 million light-years by redshift. The third NGC object is NGC 3291. It was discovered by Guillaume Bigourdan nearly 100 years later on April 5, 1885. The reason Herschel didn\'t \"find\" it is it is just a field star. Even Bigourdan couldn\'t find it when he tried to verify it a few nights later. On a poor night, a star at the magnitude limit of the scope can look like a fuzzy galaxy and fool even a rather expert observer. His position was precisely on the star so why he didn\'t scratch it when he couldn\'t verify it I don\'t know but the NGC is littered with such stellar finds.

More puzzling is that the Sloan Survey and thus NED show a distant quasar candidate visible through NGC 3294 which I\'ve marked on the annotated image. It has a photographically determined redshift of 1.475 which puts it over 9 billion light-years distant. The only problem is I see only a blue star cloud at its position in my image and in the Sloan Survey image. I couldn\'t see any hint of a point source in the Sloan image. Though I do see a possible starlike point at about the right spot just beside the star cloud in a stack of two UV images of the core region.

Toward the lower left of the image is the galaxy ASK 498130.0 at 1.53 billion light-years. It appears to have some large plumes or drawn out arms that come from an otherwise compact elliptical-like source. I wish seeing had been better to get a better idea of what is going on here. It looks interesting if it could be seen better. I say this because the PSF of the bright core hints at it containing two near point sources. I\'m thinking this might be two colliding galaxies with the resulting plumes. Something to revisit on a far better night.

The annotated image shows all objects for which NED had redshift data. I also marked a very faint, low surface brightness galaxy listed as SDSS J103715.79+372035.8. It is near the center of the image. I thought it a bit of noise from a bad flat but it does show faintly in the Sloan image and is listed as a galaxy but without any redshift data.

Seeing was poor for his image making for a rather soft image. Unfortunately, that\'s been the norm of late. 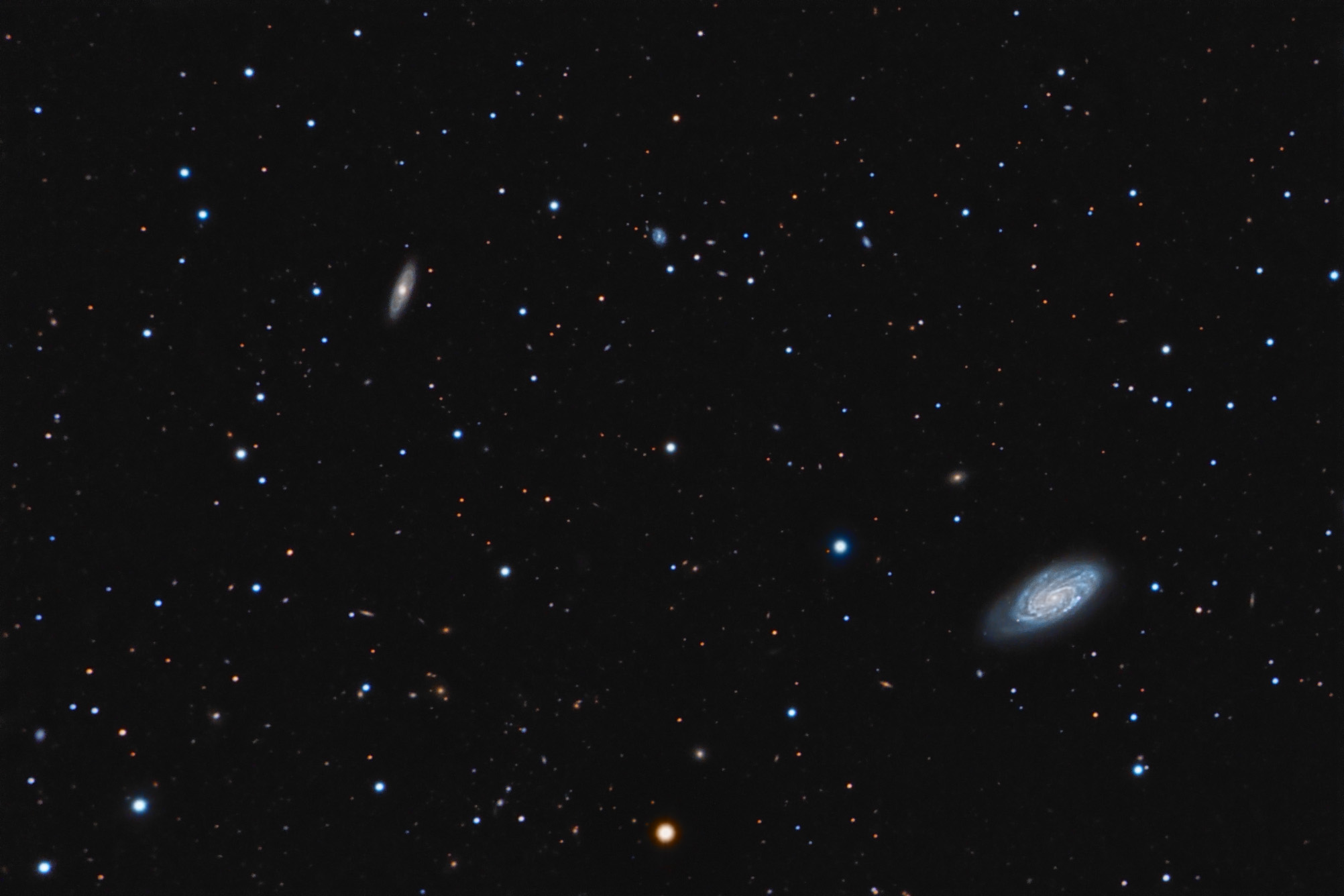 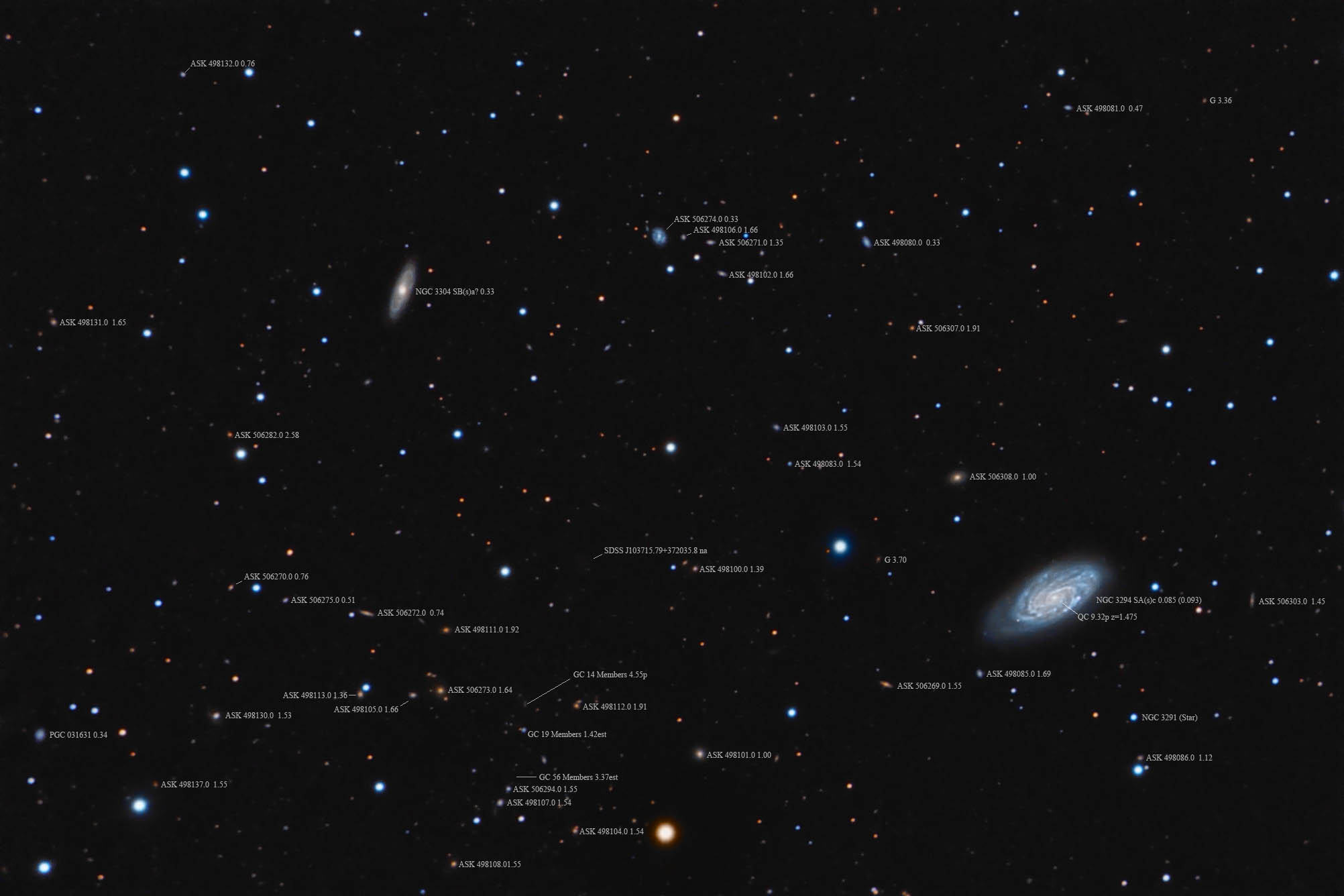